A while ago, we visited Todi in Umbria during the Archery tournament that takes place each spring. In this blog, we again take you to this quaint medieval town in Umbria and suggest ‘5 things to do in Todi’.

Todi (ancient Tuder) is a small elegant hilltop town that dominates the Tiber valley. It has retained three sets of walls dating from the Etruscan, Roman and Medieval period. Todi also is a pleasant town to visit with a variety of restaurants, boutiques and coffee shops, as well as many interesting historical sights. 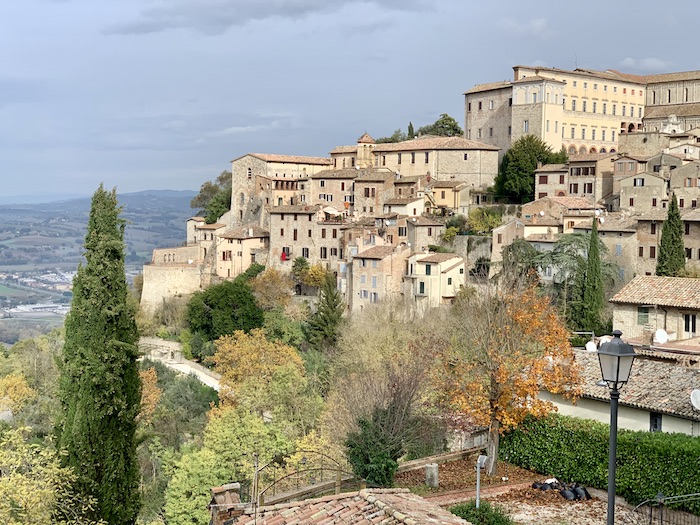 At the Piazza Umberto I is the church San Fortunato. Todi is the birthplace of the Franciscan poet Jacopone. The tomb of Jacopone is located in this church. Its facade was designed by Lorenzo Maitani who also was the designer of the cathedral in Orvieto. 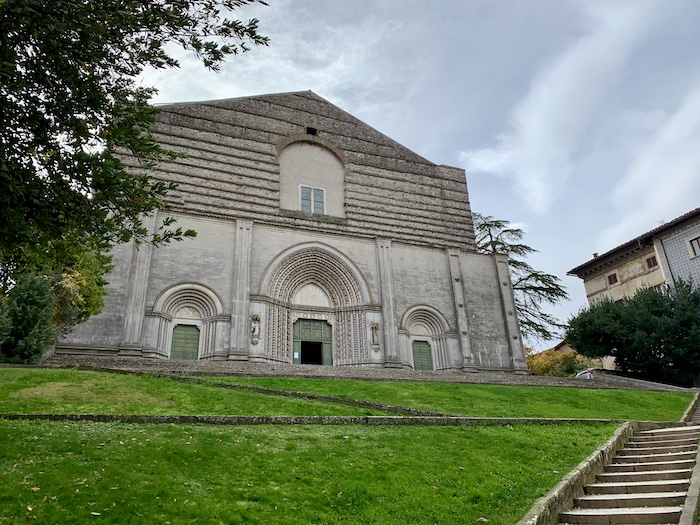 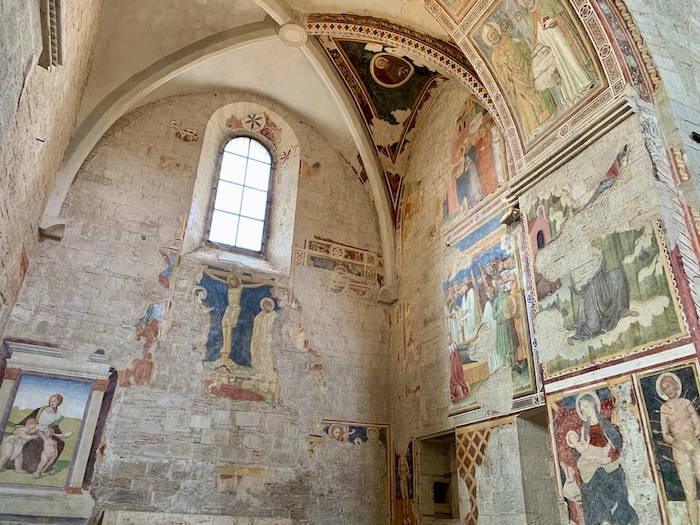 Around the Piazza del Popolo

The palaces and buildings around the main square are all in Gothic and Renaissance style. The square is called the Piazza del Popolo, ‘square of the people’, and is in fact the place where locals meet. 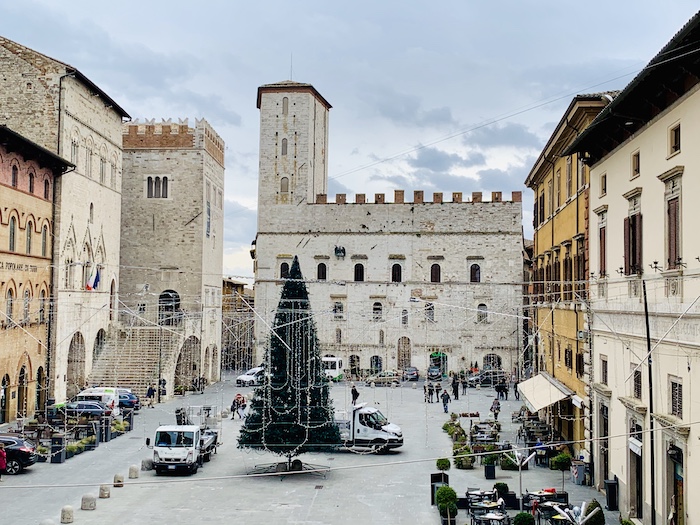 The ground floor of the Palazzo del Popolo features a beautiful colonnade. This building is connected with the Palazzo del Capitano, where the Pinacoteca and the Museo Civico are located.

The Palazzo dei Priori with the bronze eagle at the top of the building is right in front of the cathedral. It is the symbol of Todi.

At the Piazza del Popolo on the second floor of the 13th century Palazzo del Capitano is the civic museum and the Pinacoteca. It is a small museum that showcases the history of Todi from Etruscan to Renaissance period. In some small rooms you can even admire archaeological finds such as coins, fabrics, ceramics and paintings.

Tickets for the museum are available at the info point in Todi. The entrance fee is 5 Euro per person. 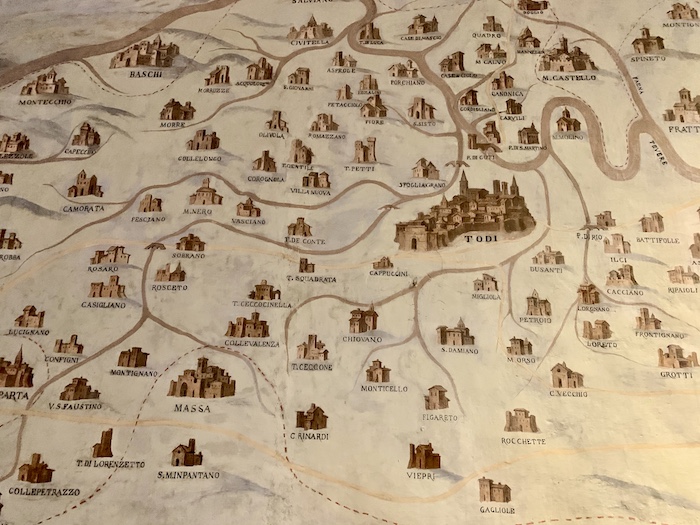 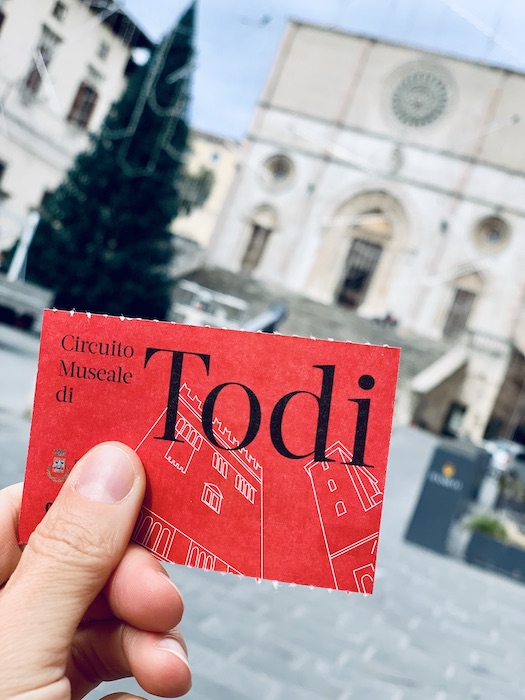 Lo Spagna was a protagonist of Umbrian pictorial art between the VI and XVI centuries. For many years the church Montesanto in Todi represented this paining behind the altar. 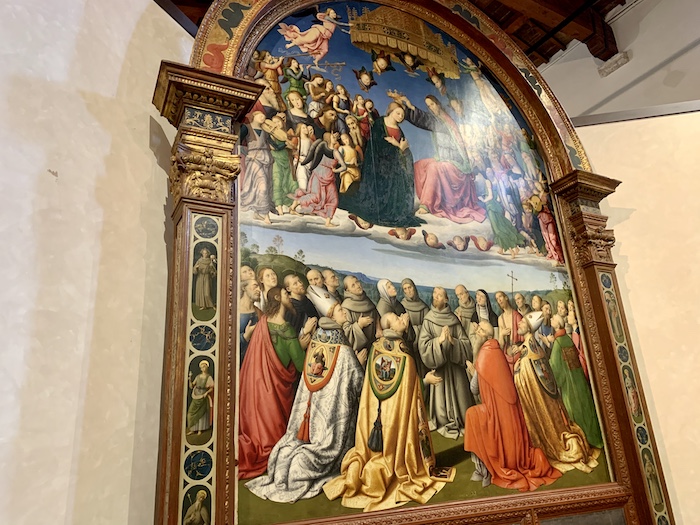 The Duomo is prominently standing to one side of the Piazza del Popolo and dates back to the  12th century. It has been renovated over the centuries. The pink and white marble façade decorated with rosette windows from 1515 are certainly worth a visit.

The interior is beautiful. You’ll find two paintings from Lo Spagna and at the back is a 16th century fresco: The Last Judgment of Farraù di Faenza. 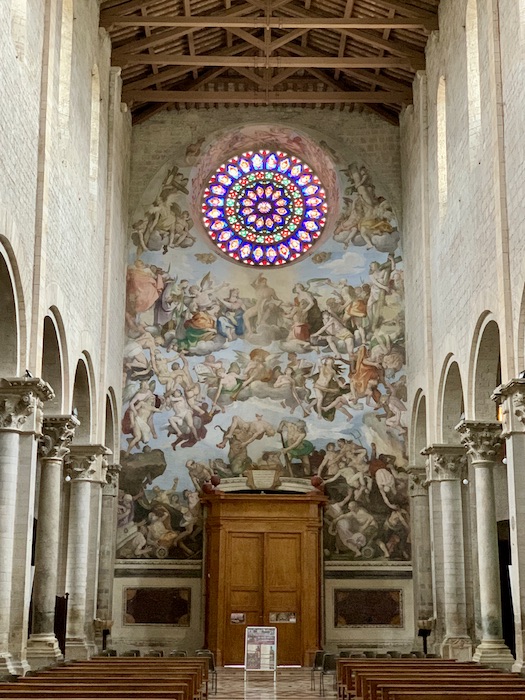 The Piazza Garibaldi square is immediately next to the Piazza del Popolo and has a breathtaking view of the beautiful Umbrian landscape. 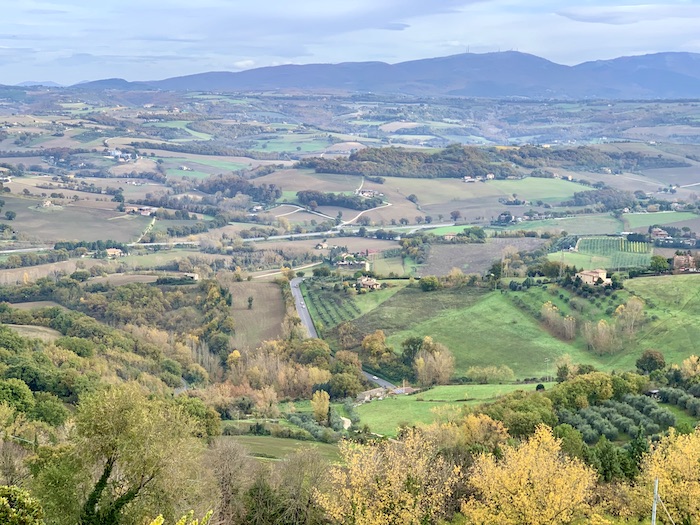 Outside the town walls is the 16th century church Santa Maria delle Consolozione. This church is a symbol of Renaissance style architecture. The design of the church is attributed to Bramante and has a Greek-cross plan with an impressive dome on top. It was completed in 1607. Santa Maria della Consolazione is surrounded by green fields, in a scenic valley, a real eye catcher in Todi. 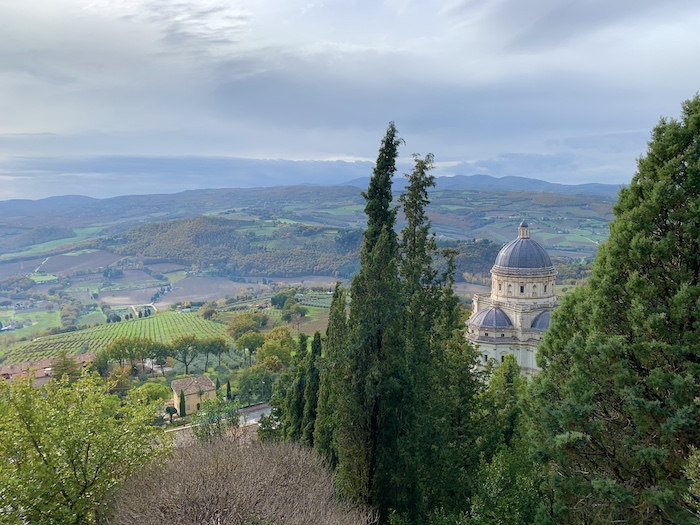 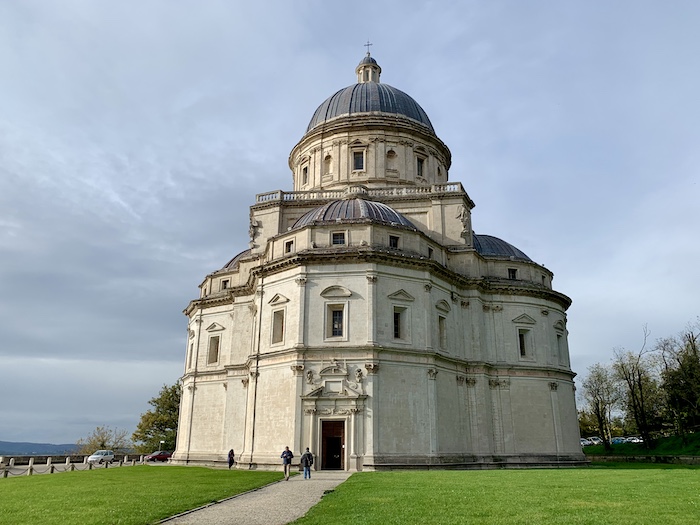 Every Saturday in Todi from 8 am to 1 pm is the weekly market in Via Pozzo Beccaro, a small street heading to the Santa Maria della Consolazione church. At the market are mainly stalls where you can buy clothes, shoes and kitchen utensils. I have seen at least three porchetta trucks at the local market. The porchetta sandwiches in Todi are really outstanding.

If you are in Todi in Autumn the yearly San Martino market also is worth a visit. 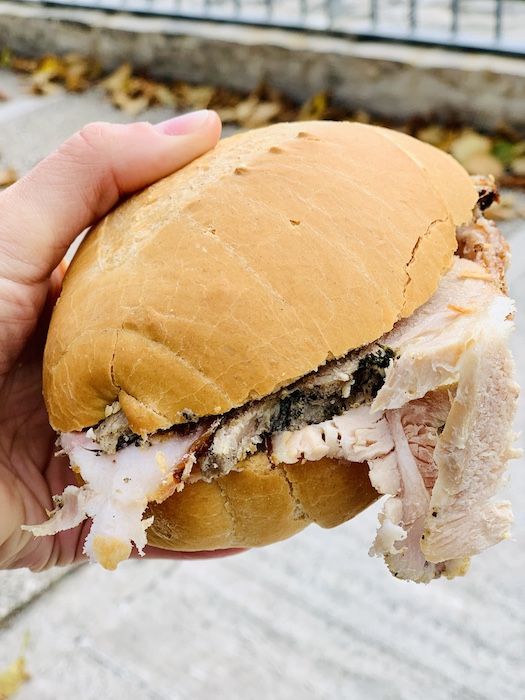 Do you want to explore Todi and visit Umbria? Here are some places to stay in the surrounding area. 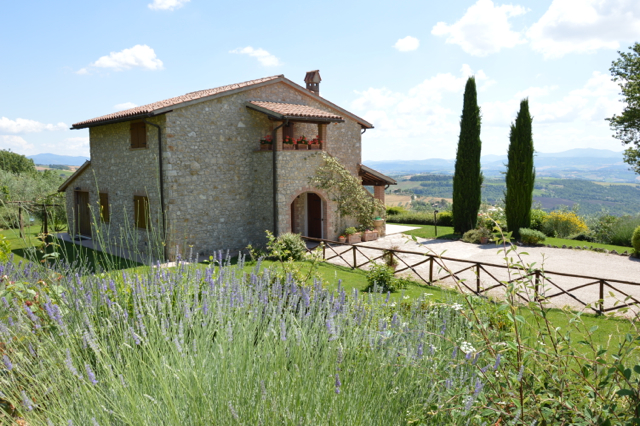 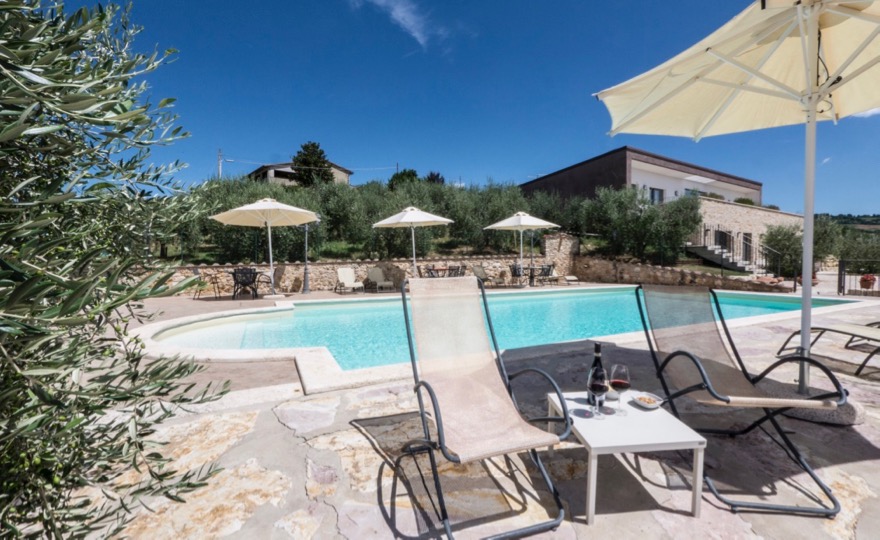