Città di Castello is a lovely little town in the North of Umbria. We visited this town on several occasions. It has a pleasant city centre, with some good restaurants and markets. On the third Sunday of the month, for instance, there is a flea and antique market in Piazza Matteotti. This time we visited an unexpected corner of the town: the former tobacco drying kilns in Città di Castello. Here you can admire a collection of masterpieces by Alberto Burri. 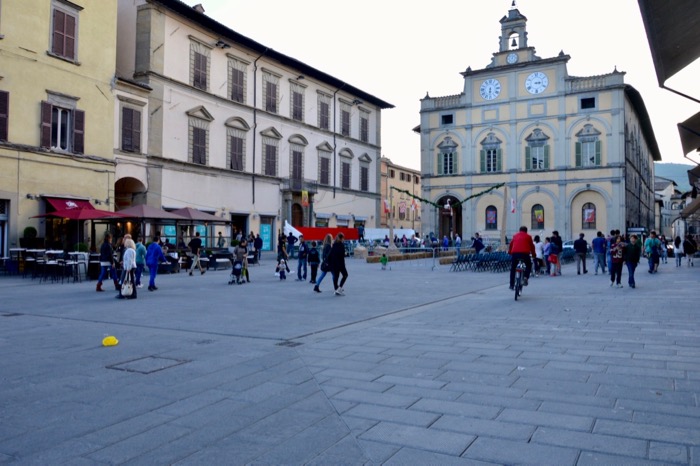 Città di Castello is the birthplace of Alberto Burri, a master of informal art. He was a painter, collagist and draughtsman. He is the Italian artist who made the most important contribution to the international art scene after World War II, together with Lucio Fontana.

Just outside of the town are some large industrial buildings, painted black. These were the tobacco drying kilns where until the 60s of the last century, the tobacco produced in the higher Tiber valley was dried. Burri has chosen the environment himself to showcase his works made between 1974 and 1993. 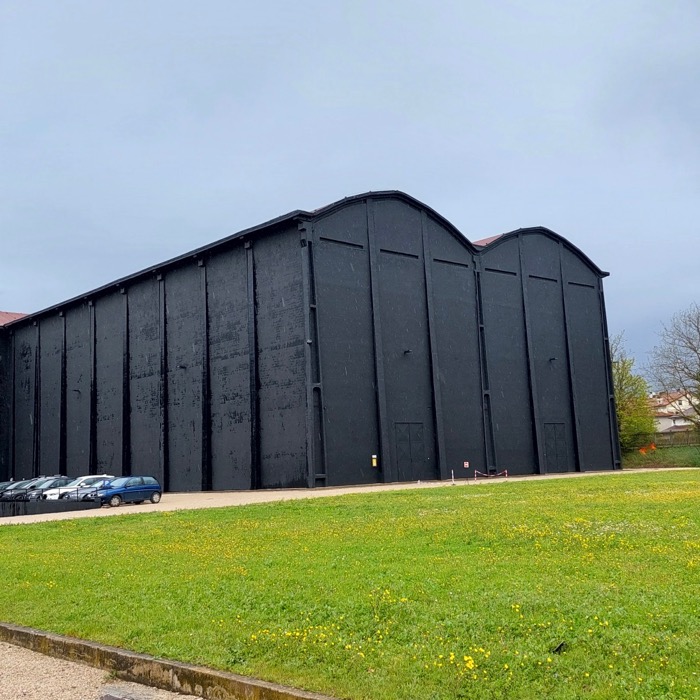 The artist and his works

Born in Città di Castello in 1915, he studied medicine in Perugia and in 1940 is called up for military service. In 1943, he was captured in North Africa while serving as a medic in the Italian Army. As a prisoner of war in Texas, he begins to paint using any material he could find, such as jute sacks. In the following years, settled in Rome, he abandoned medicine for art and began to create abstract works. He inserted fragments of waste materials, including pieces of charred wood or rusty metal, in his works which reflected the bloody experience of war. 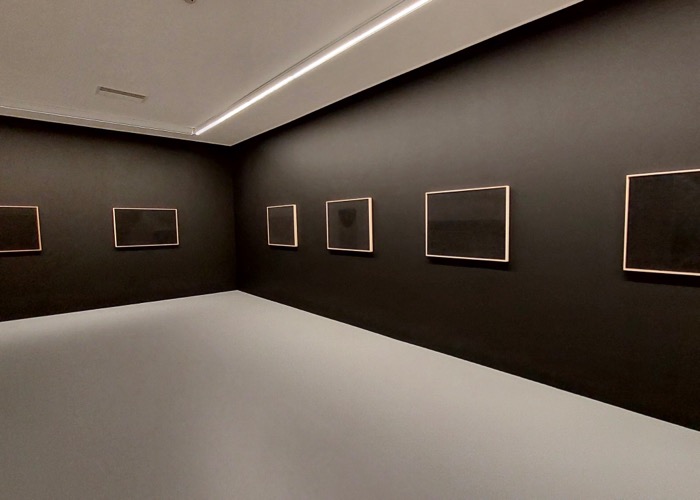 The fundamental turning point in his career came in 1953, when the director of the Guggenheim Museum in New York exhibited two of his works in a major show. It was a dramatically existentialist interpretation of the Sacks (a series of paintings). Despite his shy character, Alberto Burri achieved great international success, being one of the first artists to experiment with the evocative power of discarded materials, anticipating the Poor Art movement. 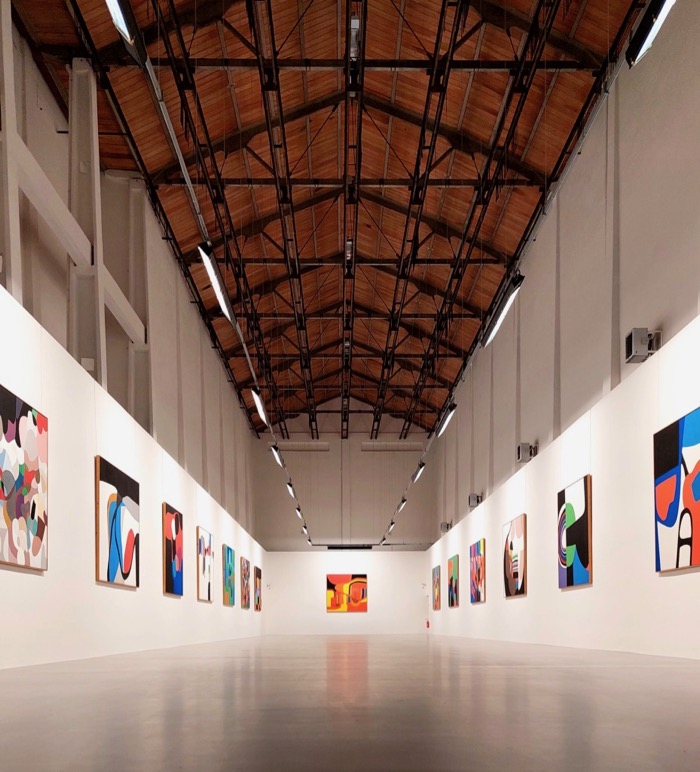 Burri is the only artist to have created a monument to a natural disaster, Il Grande Cretto (The Great Crack). It was built on the rubble of the earthquake in the Sicilian town of Gibellina, near Trapani. He used cement to cover the remains of the town, transforming it into a sort of necropolis covering some 80,000 square metres and creating an almost moony scenery. 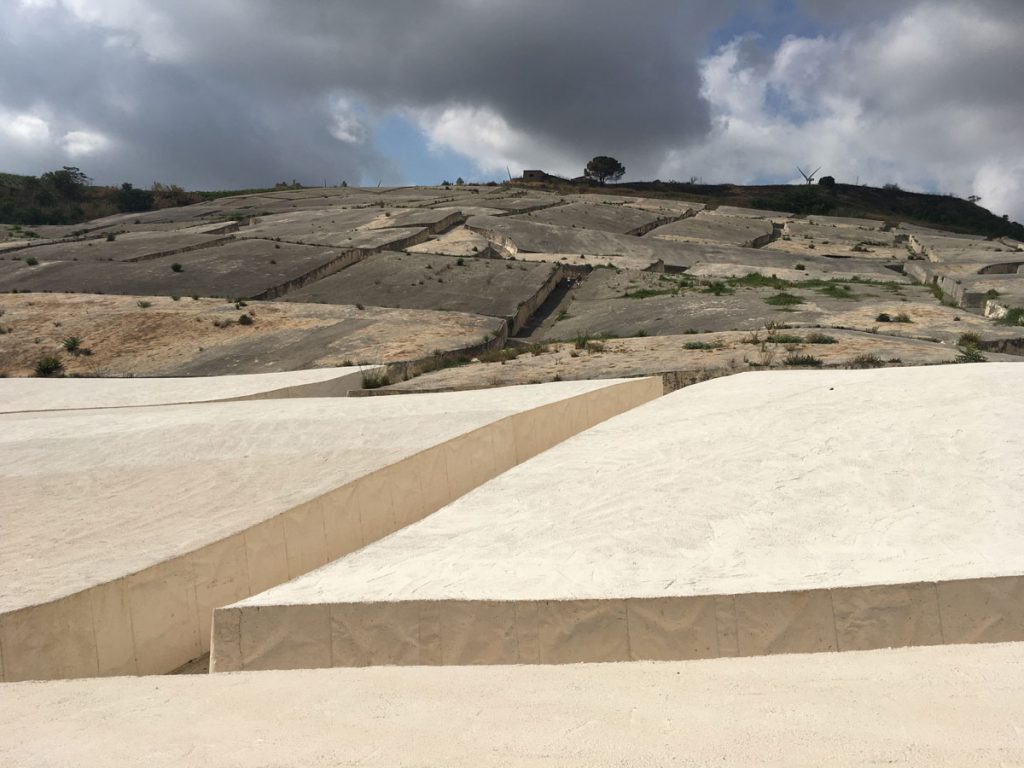 In addition to the exhibition spaces in the former drying kilns in Città di Castello, nowadays his works are scattered throughout Italy and around the world, such as in Paris, New York and London. In the Rocca Paolina in Perugia, his sculpture Grande Nero (The Great Black) donated to the city in 1980, is on permanent display. You can’t miss it when you enter via the escalators. 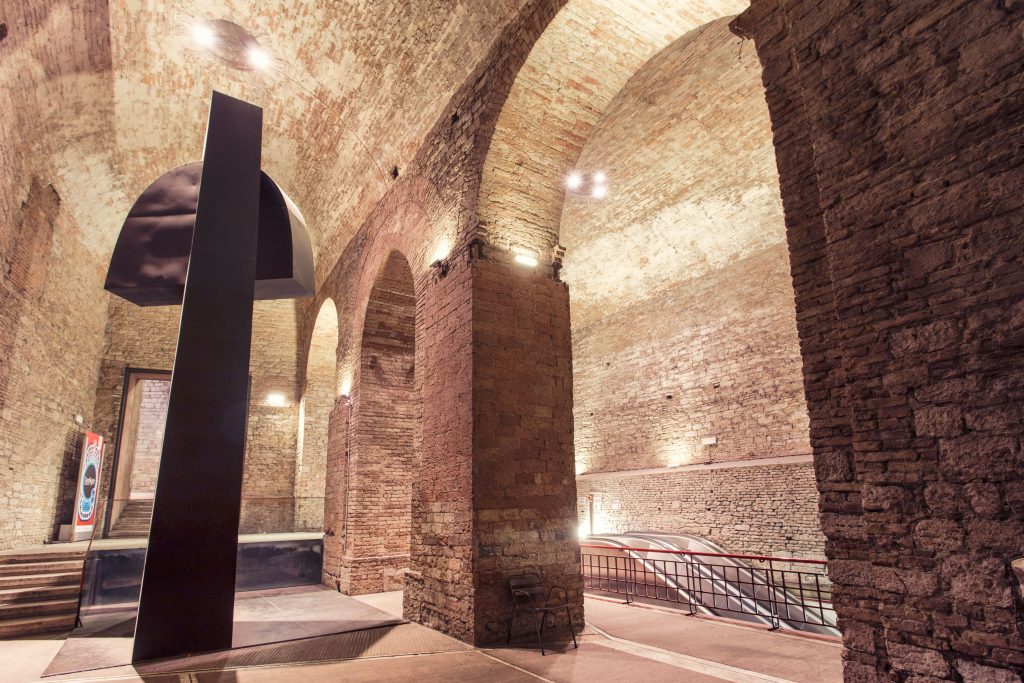 The address of the museum in Città di Castello is: Via Francesco Pierucci, 1, 06012 Città di Castello PG. It is closed on Mondays. During the weekend it is open from 10 am to 6 pm. On weekdays it closes for lunch from 1 to 2.30 pm.

We found this video in English that explains quite well the type of art Burri made, using waste materials. Plastic in this case.

One response to “Alberto Burri in Città di Castello”