The Cascata delle Marmore in Terni

The Cascata delle Marmore in Terni

It is a few months ago that we visited the Cascata delle Marmore, an impressive waterfall near Terni in the South of Umbria.

The Cascata delle Marmore in Terni is 165 meters high and is the highest in Europe. When you hear the siren, three times in a row, it is as if somebody opens the tap. Within no time the water falls down with full force and with enormous noise where just before only a small almost invisible stream of water came down. 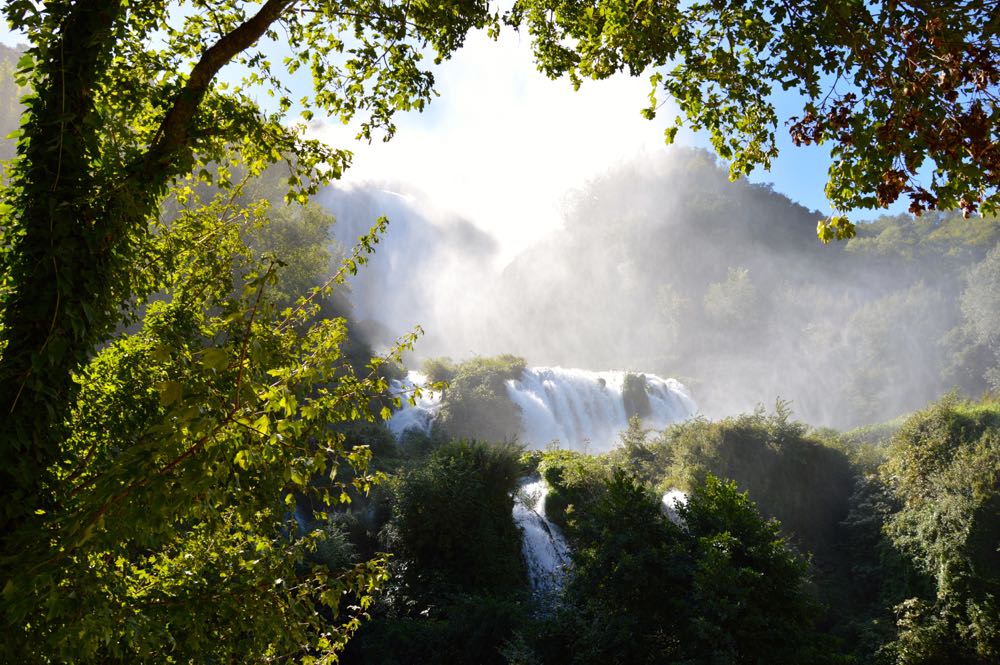 Curious about the origins of this artificial waterfall, I discovered that it was in Roman times, in the 3rd century b.C. that a canal was built from the high plains above. People from Rieti wanted this canal because they wanted to get rid of the swamps on the high planes above. The canal was a way to drain the water. It led to Marmore where to this day the water falls down. 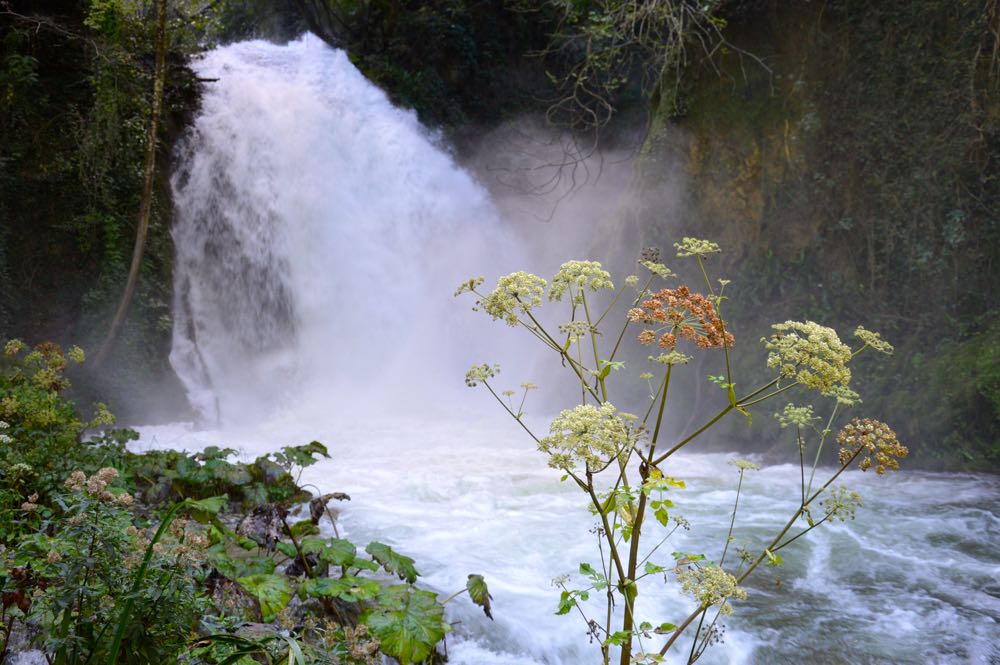 In 1922, the time of Mussolini, the industries in the valley of Terni needed more electricity and a more ingenious system was worked out.

Another canal was built that deviated the river Velino (Rieti) into the lake of Piediluco. A system of canals and dams assures that the water from the river Velino can flow both to the lake and to the waterfall. The lake is now a large catchment bassin where also the rivers Nera, Corno and Cigi shed their waters.

By opening the dams on certain times the level of the lake remains under control and the waterfall leads to a hydro-electric power station, still functioning today. In 1932 it already produced 160.000 kW of electricity for the industries of Terni. 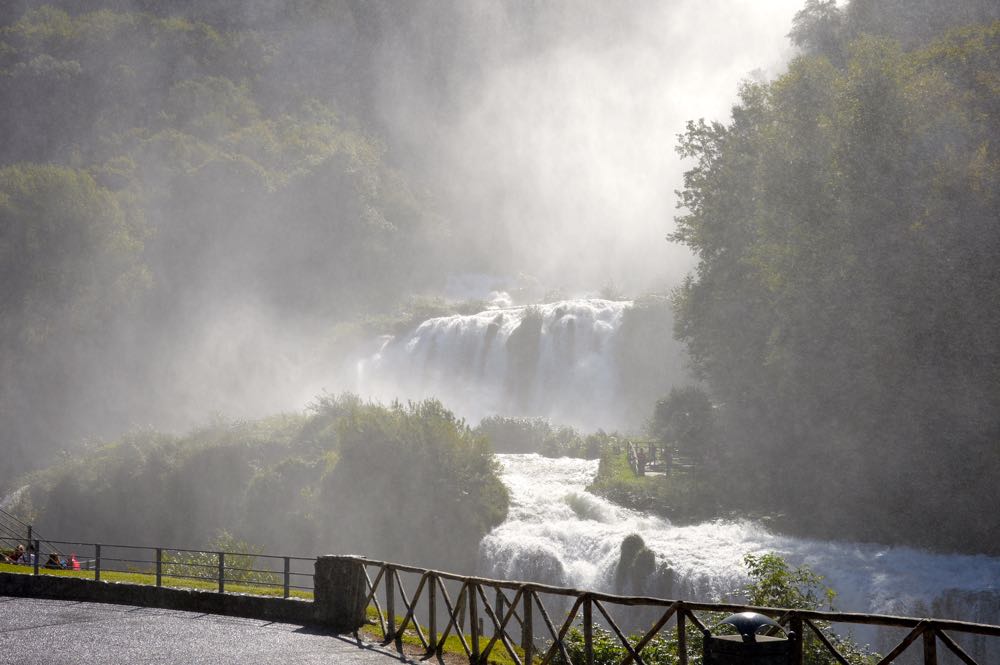 Nowadays the Nera and Velino bassin and the waterfall area are surely worth a visit.

People who like walking can enjoy their heart’s content, but don’t be afraid if walking is not your thing. Even disabled people can get close to the waterfall, though they cannot actually walk up along the waterfall.

You can either walk or drive up the mountain and see the waterfall from above, to then proceed your way by car towards the Lake Piediluco. 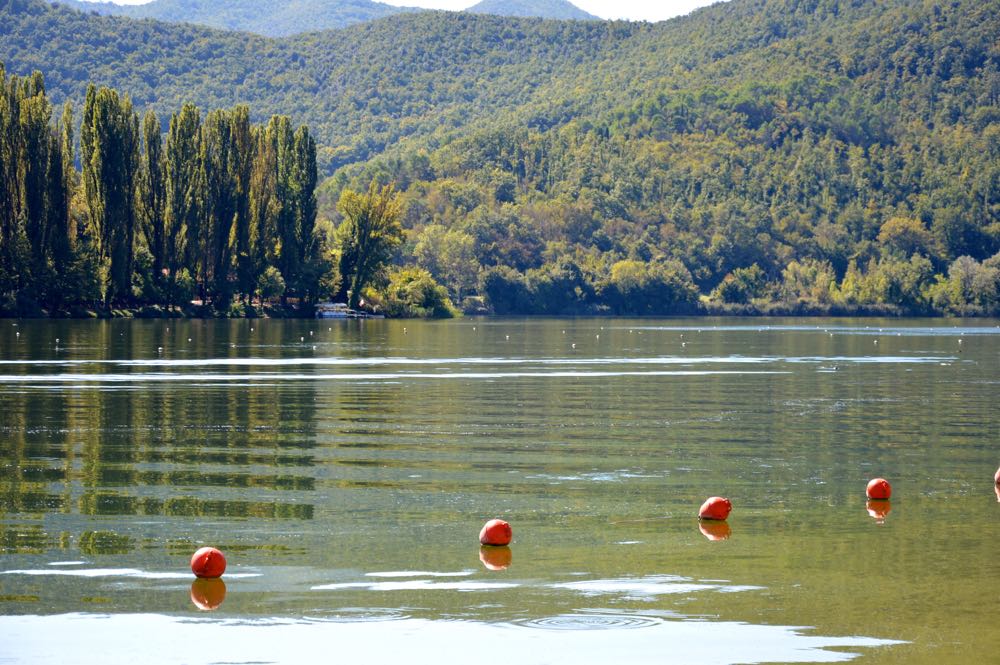 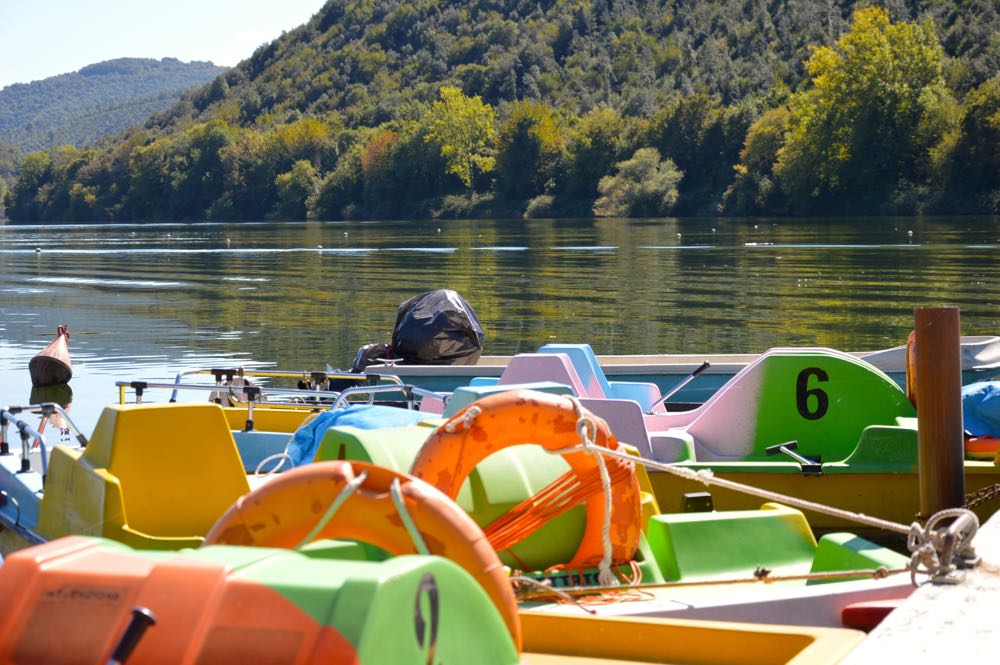 For more information about a daytrip to the Cascata delle Marmore.