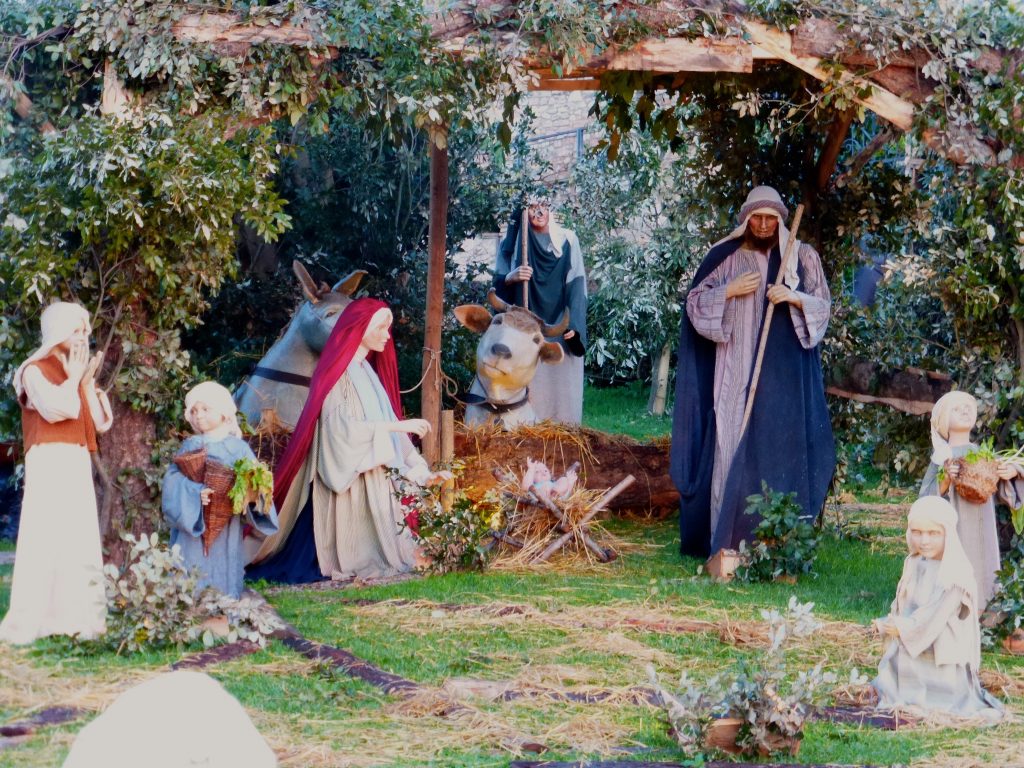 At home the Umbrians prepare themselves for the main family event of the year. In lots of families the cappelletti are already made (pasta filled with meat). They will eat these on Christmas Day followed by a meat dish, whilst on Christmas eve fish is on the menu.

During this period in the local bakeries of the Perugia area one can buy the “torciglione” cake. Many women make this old recipe at home and one often can have a taste when invited in Umbrian homes during this period. The torciglione has the form of a snake and is made with lots of almonds, an egg yolk and sugar. 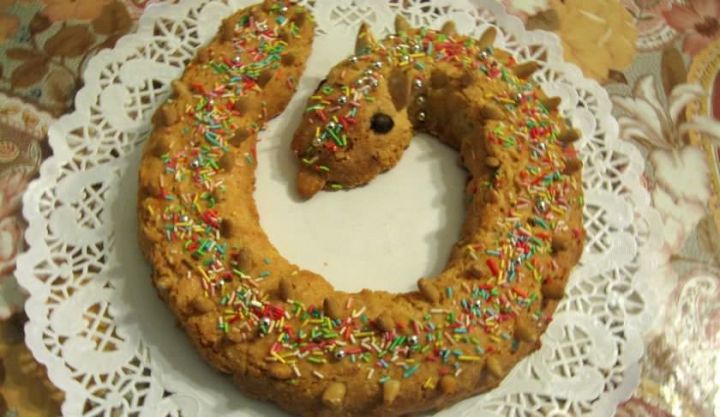 It is thought that this typical cake with the snake like shape has its origins at Lake Trasimeno. One says that already in ancient times, before the existence of Christmas, the people at the lake made a similar cake around the 21st of December when the days start to lengthen. The round shape symbolised the end of the old year and the beginning of a new year.

It is also said that the name torciglione comes from Medieval times. At that time there were monks living at the lake’s island Maggiore. They had unexpected visitors sent by the pope. Since the lake was frozen they had not been able to fish lately, and they made dinner with the ingredients they still had. One of the monks made the snake like almonds cake. The form not being from a snake, but being similar to the “anguilla”, eel from the lake. They called it torciglione.

There is another story from medieval times saying that the snake like shape represents the snake from the Apocalypse. Once cut and eaten the snake will be defeated. To this day the torciglione has scales made from pine tree nuts or almonds on his back and the eyes have a dark or red color (often coffee beans) like the tempting eyes of the devil, of evil that has to be defeated.

Whatever the real story is, the almond cake is excellent and many Umbrians do not know these ancient traditions anymore. It is just one of these typical Christmas traditions that are being kept alive generation upon generation in this part of Umbria.