Città della Pieve is the town where the famous painter Pietro Vannucci, Il Perugino was born. On top of its hill, Città della Pieve looks out over the rolling hills of both Tuscany and Umbria. From here one can easily explore the area around Lake Trasimeno and Perugia, as well as wander out to Tuscany.

Città della Pieve is a bit different from other towns in the area because the houses are all built with red terra-cotta bricks. 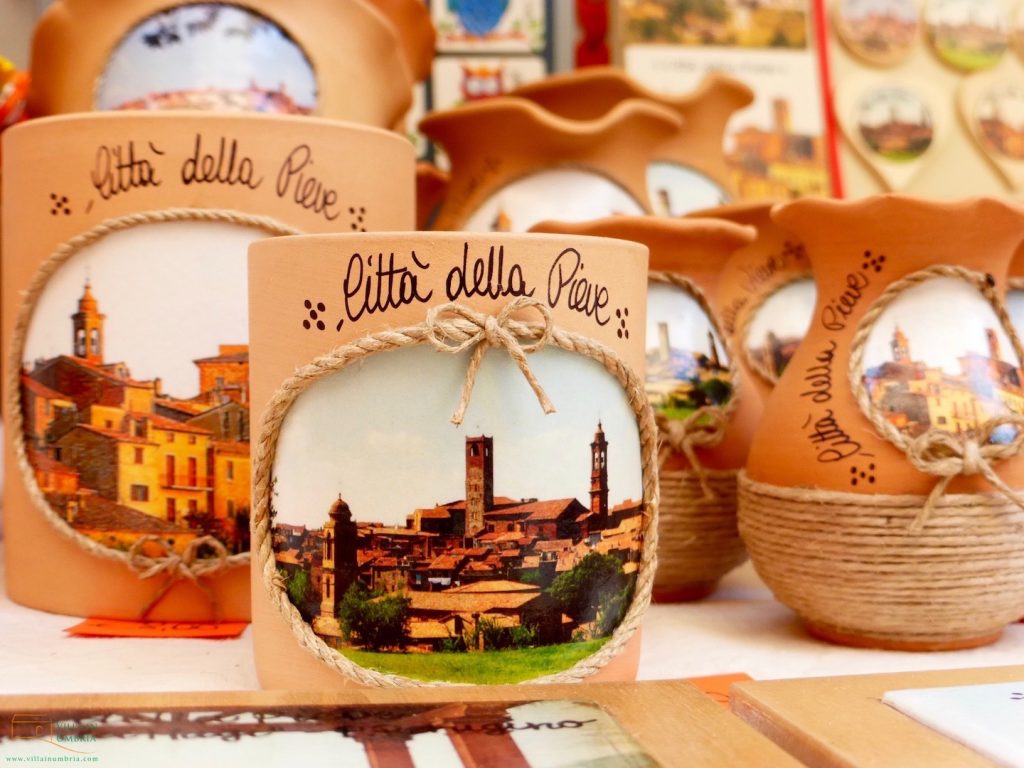 Città della Pieve has its traditions and history. The main folkloristic event is the yearly Palio dei Terzieri organized by and for locals. As an outsider one feels like going back in time in an era where brotherhoods and knights were the talk of town.

At Easter there is a market in the centre, the Mostra Mercato di Pasqua, with a lot of food and wine stalls. Many locals take a stroll (fare una passeggiata) and taste the fresh streetfood. 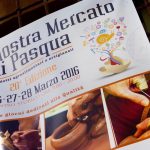 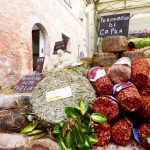 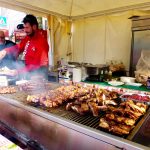 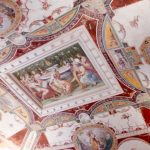 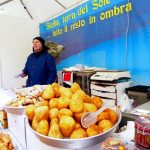 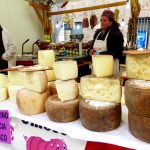 Saffron is cultivated in the Città della Pieve area since the 13th century: saffron is derived from the styles and stigmas of the crocus sativus flower and in early spring there are many colourful fields surrounding the town.
In the past the locals of Città della Pieve used saffron for dying cloths. At the time Città della Pieve was an important centre of textile production. Nowadays saffron is used for flavoring and coloring traditional dishes, like the risotto. It is one of the eldest spices in the world and supposedly good for your heart, liver and spleen. Would that be true? It surely is relatively expensive and not a  coincidence that they call it the red gold! 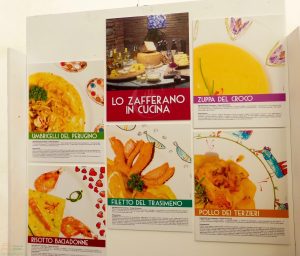 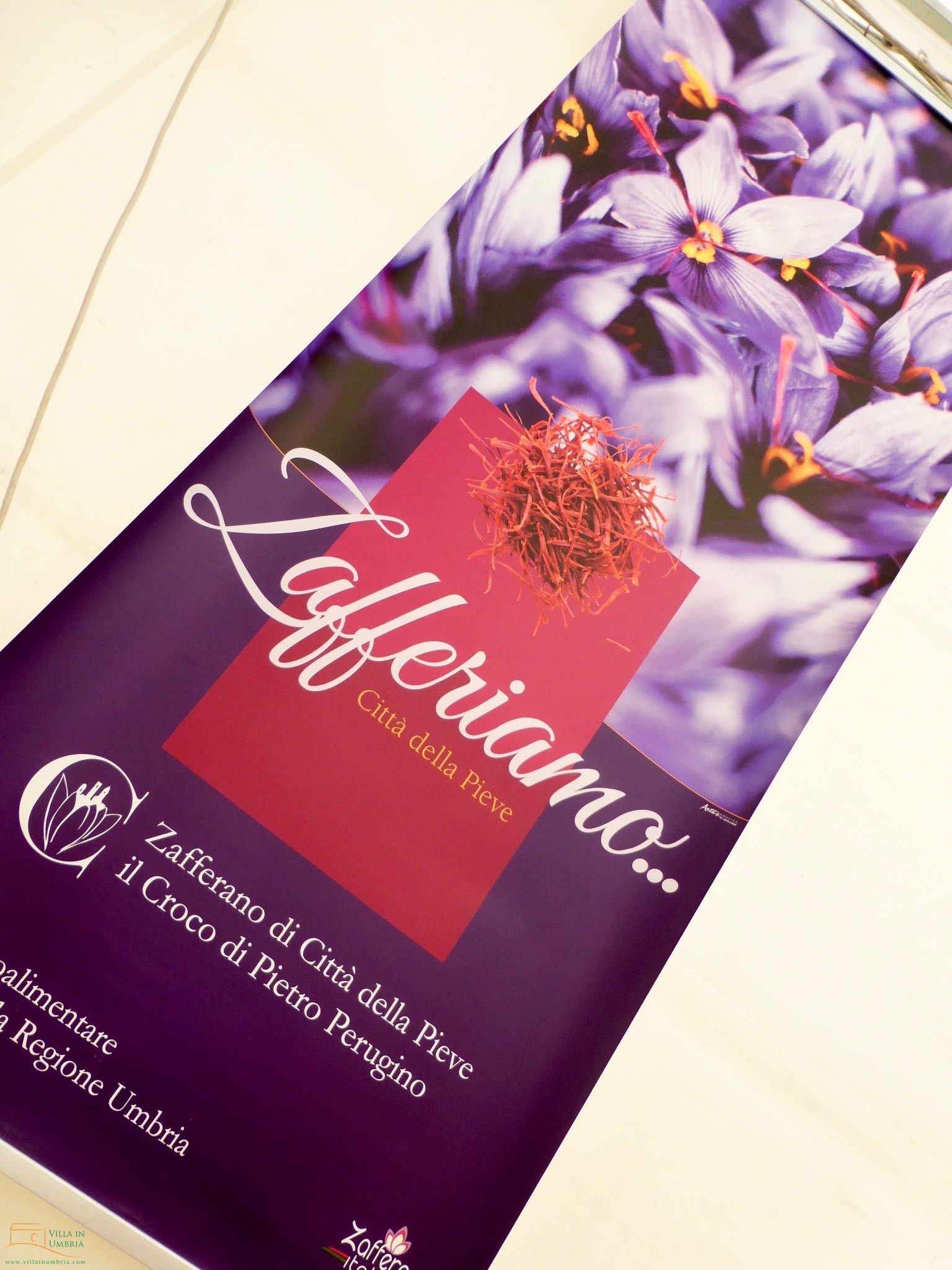 Here is an example of a tasteful and very easy to make risotto with saffron. Chop an onion. Heat some olive oil and add the chopped onion. Add the risotto rice (about 70 to 100 gram per person) and keep on stiring until the risotto is coated with the onion and olive oil. Add a stock cube and bit by bit some water. Mind not to burn the rice and taste it to see whether it is cooked the way you like it before adding more water. At the end you add the saffron for the yellow color and parmesan cheese for the taste. Buon Appetito! 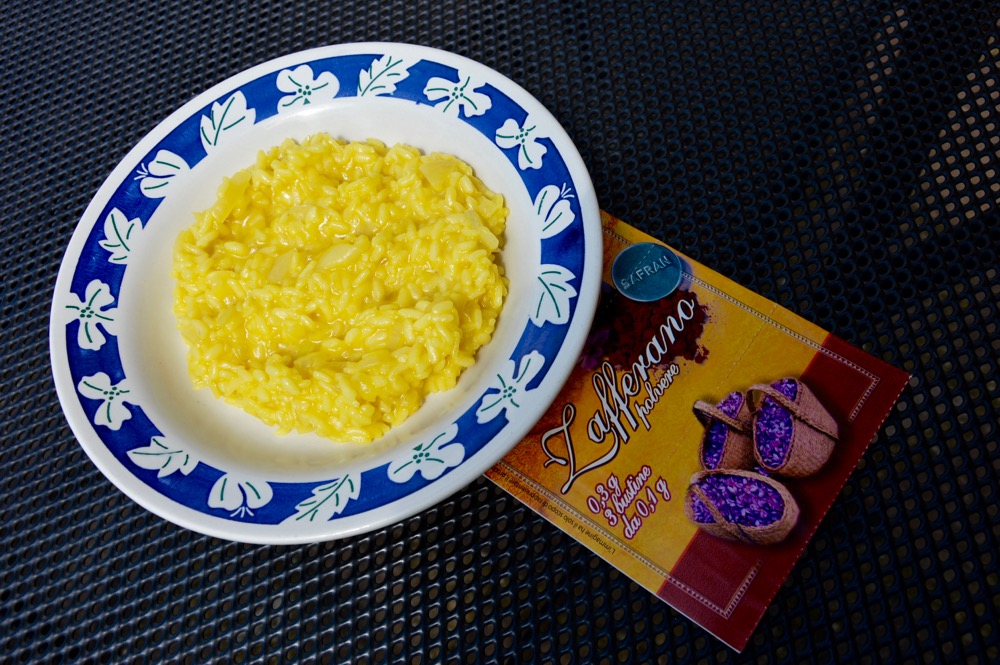 Plenty of restaurants are situated in the area of Città della Pieve. I’ve tested these two personally and they are both really recommended:

Casa Paciano: a holiday house with three apartments and a small private house. The swimming pool is beautifully situated in the garden with view on Paciano. The village Paciano is 5 minutes walking and Città della Pieve is only 20 min by car. Every apartment has its own terrace and furniture. 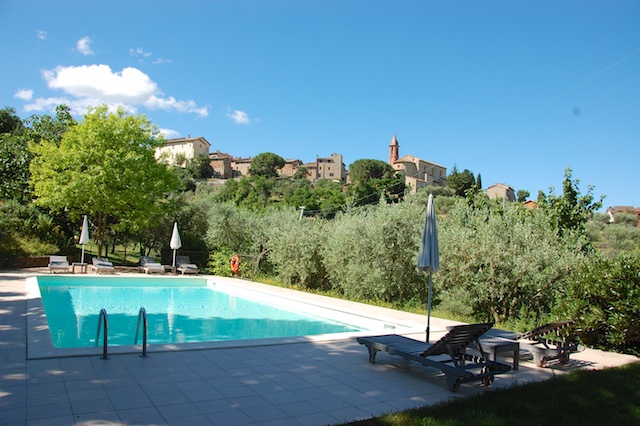 Share
Pin
Tweet
Posted: 15 April 2016/Under: Events, music and arts, Food and wine, Holiday rentals, Things to do in Umbria/By: Villa in Umbria