On the border that separates Umbria and Tuscany, about fifty kilometres from Perugia, rises Città della Pieve in Umbria, a hilltop town of renaissance art and genuine flavours. With its ancient history and medieval conformation the town is known for its harmonious landscapes, its picturesque alleys and genuine tastes.

There are two walking routes set out in Città della Pieve, marked by signs of different colours, which indicate to travellers the Path of the Lanes and the Path of Landscapes. Surely, the most suggestive of all is the alley Baciadonne (kiss the women), one of the narrowest in Italy just 80 cm wide.

One of the first things that one notices, is the reddish colour of the bricks. Città della Pieve is built with the local brick that is produced in this area from the XIII century. Following the Path of the Landscapes, there are 8 different viewpoints “belvedere”, from where you can enjoy the panorama of the surrounding valleys. 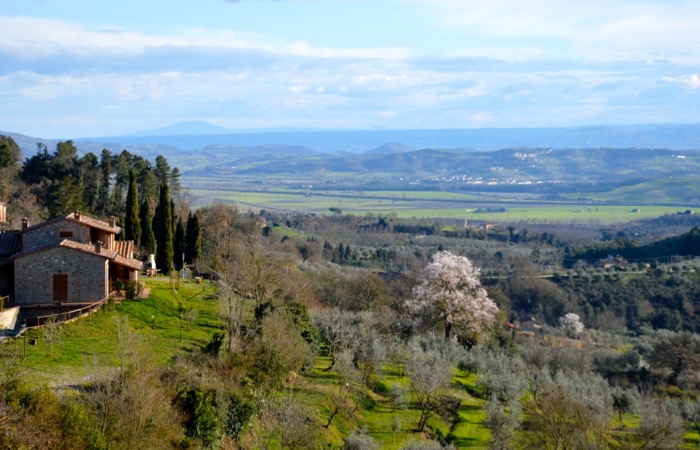 Not everybody knows that Pietro Vannucci, the famous renaissance painter called “Il Perugino” and master of Raffaello, was born in Città della Pieve in 1446. Different buildings still keep some of his works, among which maybe the most impressive “L’Adorazione dei Magi” (the Adoration of the Kings) created in 1504. It is located in the Church of Santa Maria dei Bianchi in the Via Pietro Vannucci, 40. It is a fresco of over 7 meters, which occupies an entire wall. 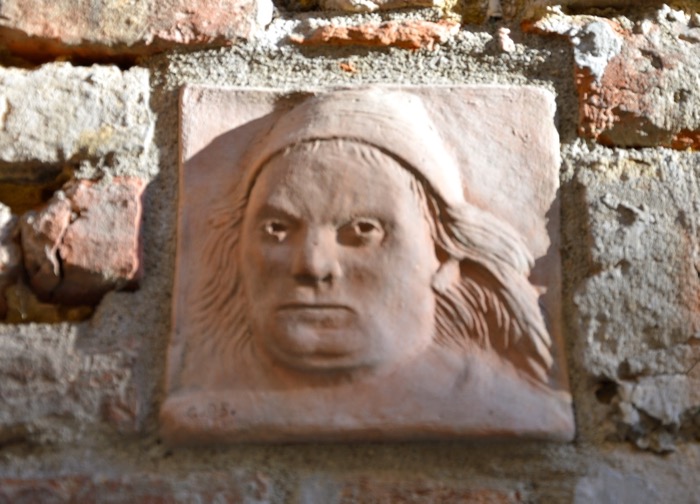 Città della Pieve, the town of art and genuine flavours, is also known for its enogastronomy, in particular for the farming of a precious quality of saffron. In autumn a local festival called Zafferiamo is dedicated to this particular spice. This precious product, which is obtained from the pistils of a purplish flower, nowadays is mainly used in cooking, but originally it was used for the dyeing of fabrics and was a very important wealth source for the city.

Here you can taste the most genuine products of nature, sip the wine of the Colli del Trasimeno D.O.C. and appreciate its slightly fruity and bitter taste. Equally important is the production of extra virgin olive oil, with its unmistakable intense and strong taste. 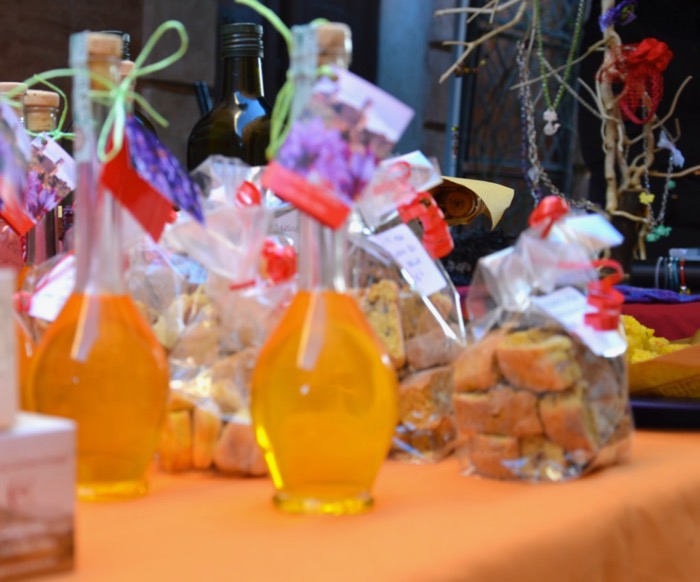 Products made with locally produced saffron

One of the best places where you can taste the delicacies of this area is definitely the “Trattoria Bruno Coppetta”, a historic restaurant that has been preserving the authentic flavours of the territory since 1965; depending on the season, you can find dishes made with truffles, game, mushrooms and saffron, all rigorously home made. 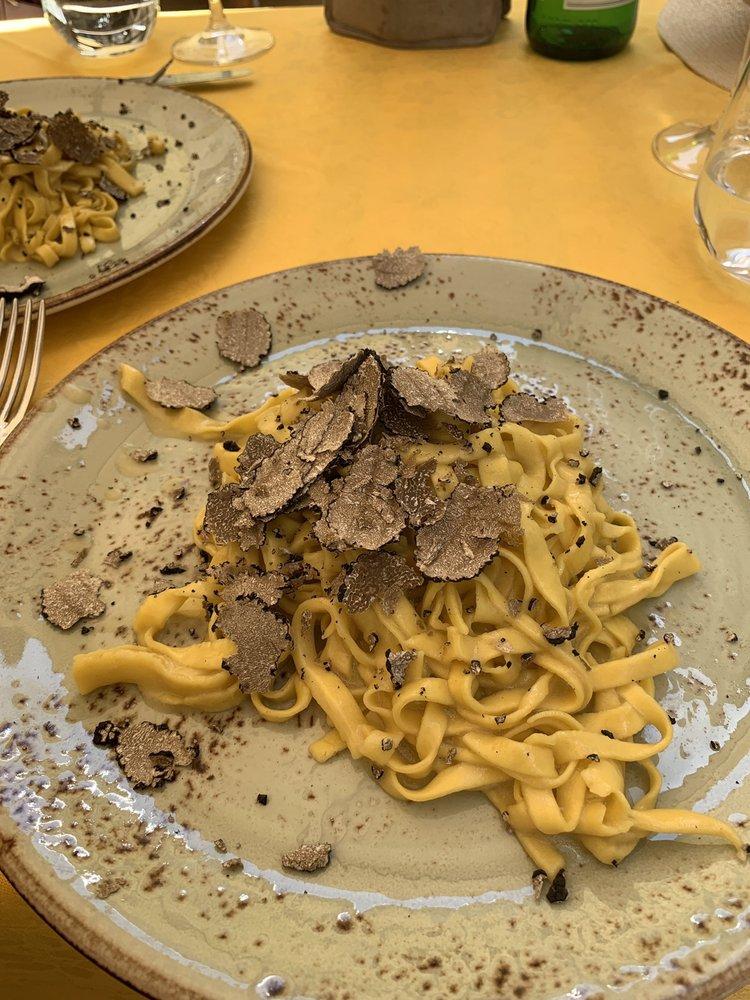 Every Sunday in Piazza Matteotti, the main square in front of the Rocca that was built back in 1326, an exhibition market is set up with only local products. Merchants from their colourful stalls try to attract attention by offering their delicious products, like honey, jams, syrups, spirits, sweets and sauces all based on saffron … you can really discover a world!

The normal weekly market in Città della Pieve is on Saturday morning in Via Vittorio Veneto. 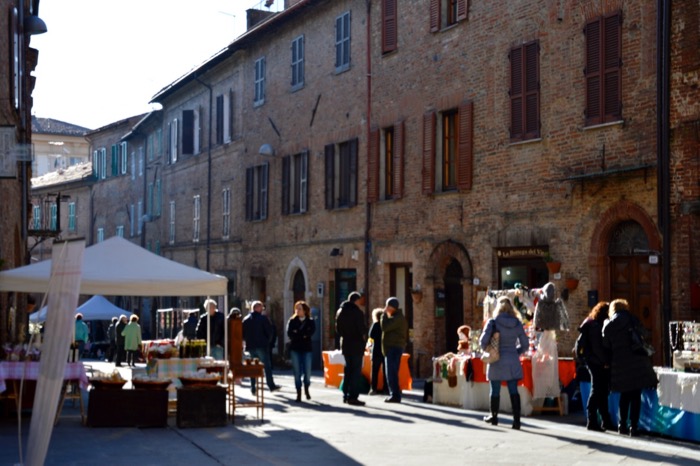 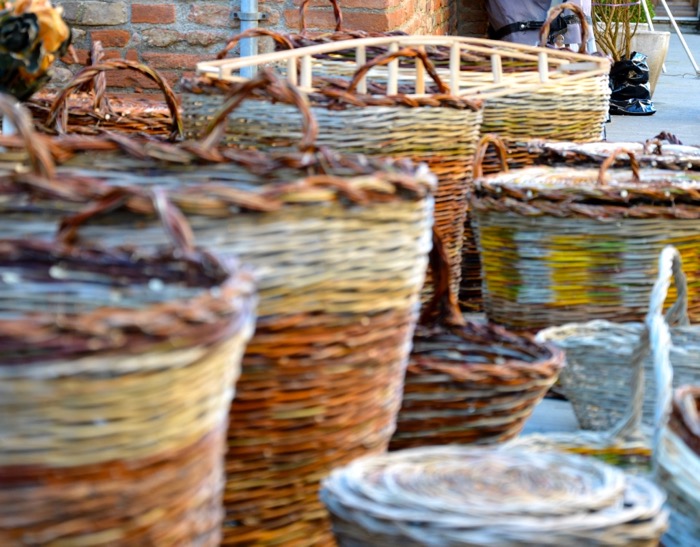