Though I know Umbria quite well, in all these years I had never been to Deruta. Deruta is a medieval village close to Perugia, along the E45 highway, and famous for it’s hand painted pottery, majolica and ceramics. I went to see it all with my own eyes on a sunny Saturday early April and wasn’t disappointed. 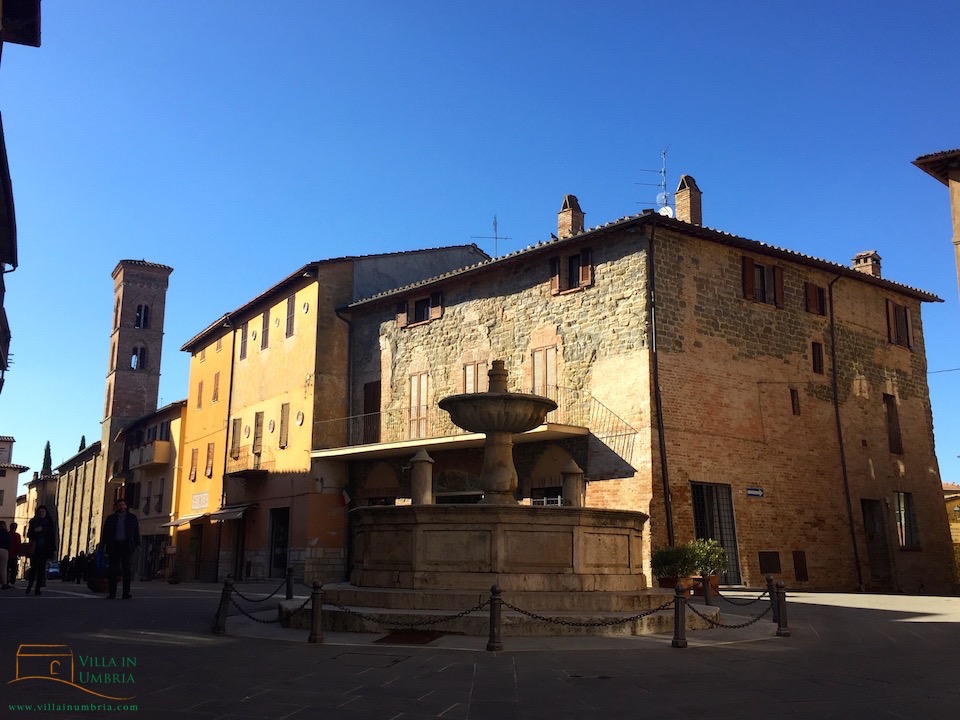 Nothing much is known of the early history of Deruta but Roman remains have been found here. Surely it has had an important strategic position in between Perugia and Todi, which is still partly visible: there are three antique gates and remains of the old wall around the village. Already in the 8th century the town got its own statute and the right to built a fortress of which we see the remains today.

When in 1540 the “salt war” between Perugia and the Vatican initiated, also Deruta was involved and after the Vatican won this war in 1543 a prosperous and fairly peaceful period started for the small handcraft community.

Documents from the 13th century have been found that refer to the ceramics production in Deruta. Its origins are somewhat unclear. Majolica (tin glazed pottery) originated in the middle east and was introduced in Italy via the island of Majorca in Spain, which was on the trade route from Valencia in Spain to Italy. It was introduced in Spain by moorish potters.

Initially the majolica production was mainly for useful objects, like pots and pans, but later one also produced pieces of art with its boom in the 16th century when more colors were introduced. During the most productive period many churches and squares were laid with the ceramics of Deruta. The oldest fabric today is the U. Grazia founded in the 16th century. 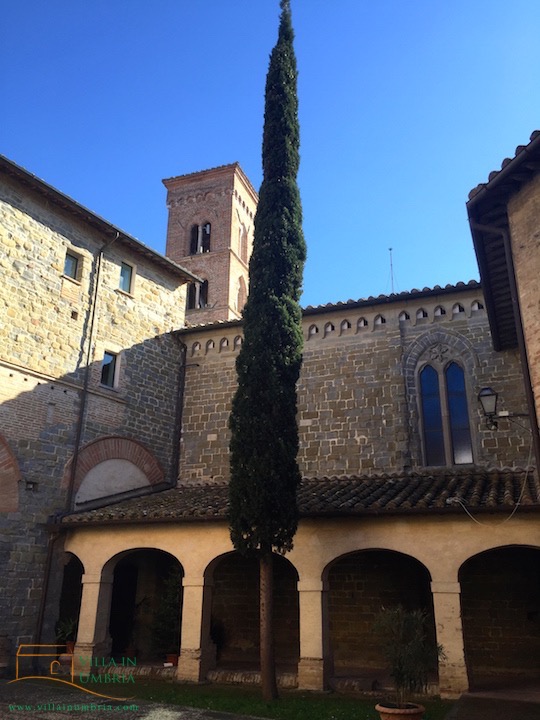 In the city centre close to the main square you find the ceramics museum “Museo Regionale della Ceramica”. This initially was a convent of Saint Francis. The opening times of the museum you find here. The entrance price for the museum is € 5 per person. Many old, but also contemporary ceramics are exhibited there. 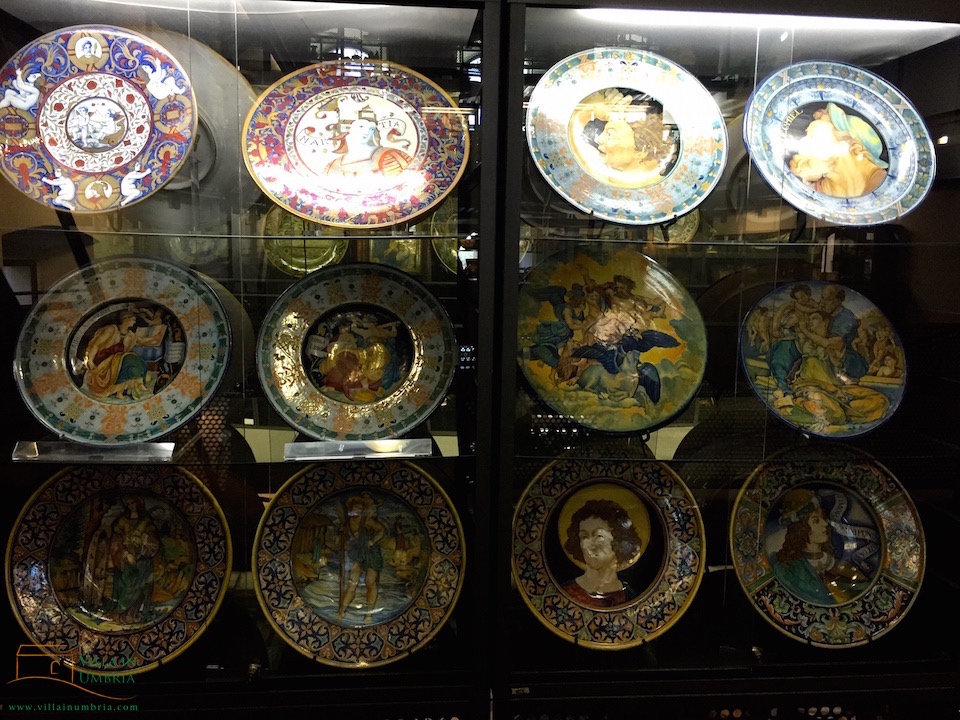 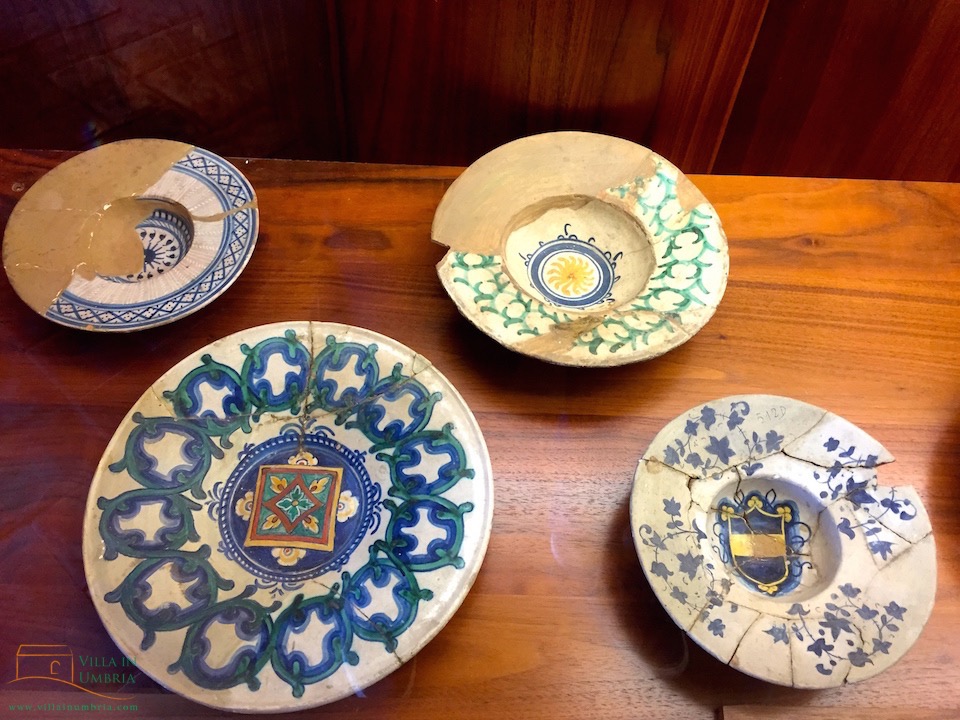 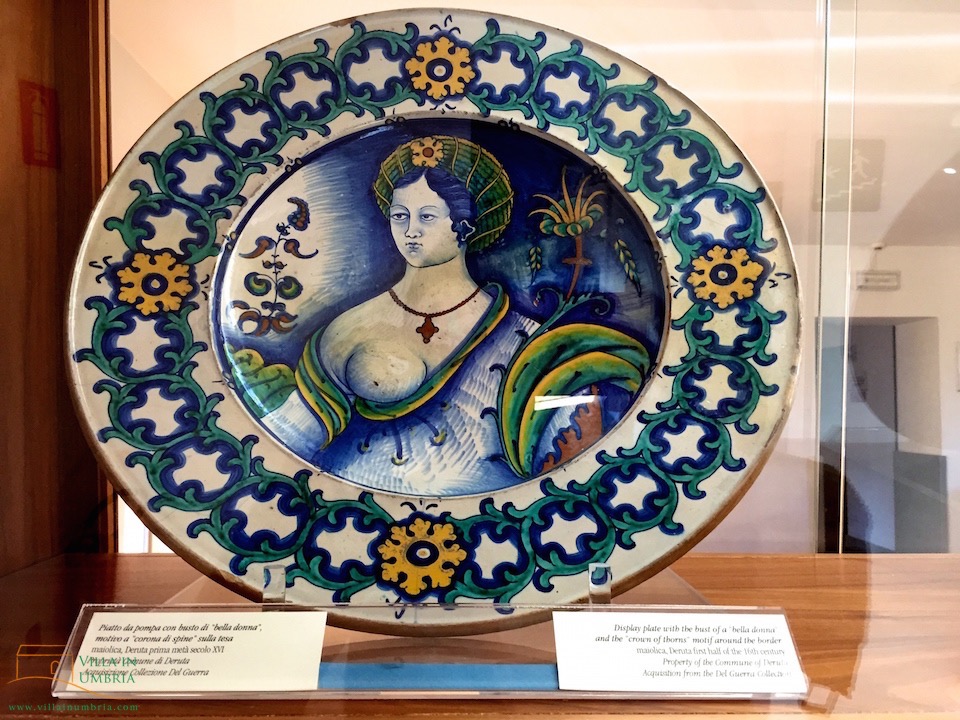 A staircase outside the city wall leads up to the historic center of Deruta. Outside the wall you can park your car for free. On top of the stairs is a small park with some beautifully hand painted benches. The views of the Umbrian hills are outstanding. From the park one walks straight into the centre of the village where you will notice that the majolica crafts are still an important part of the village life. 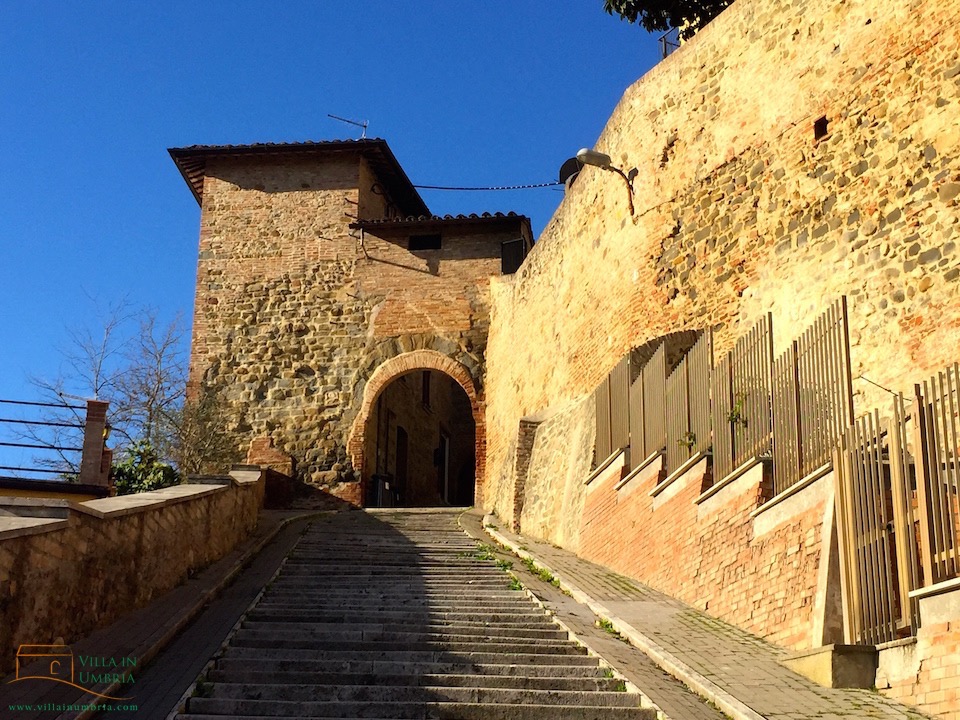 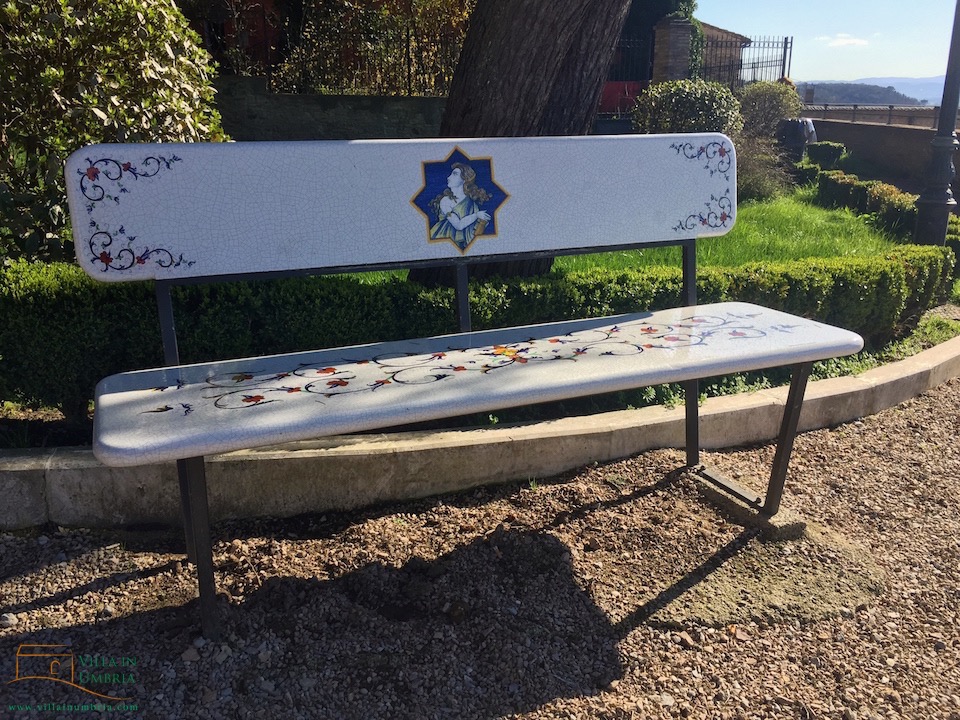 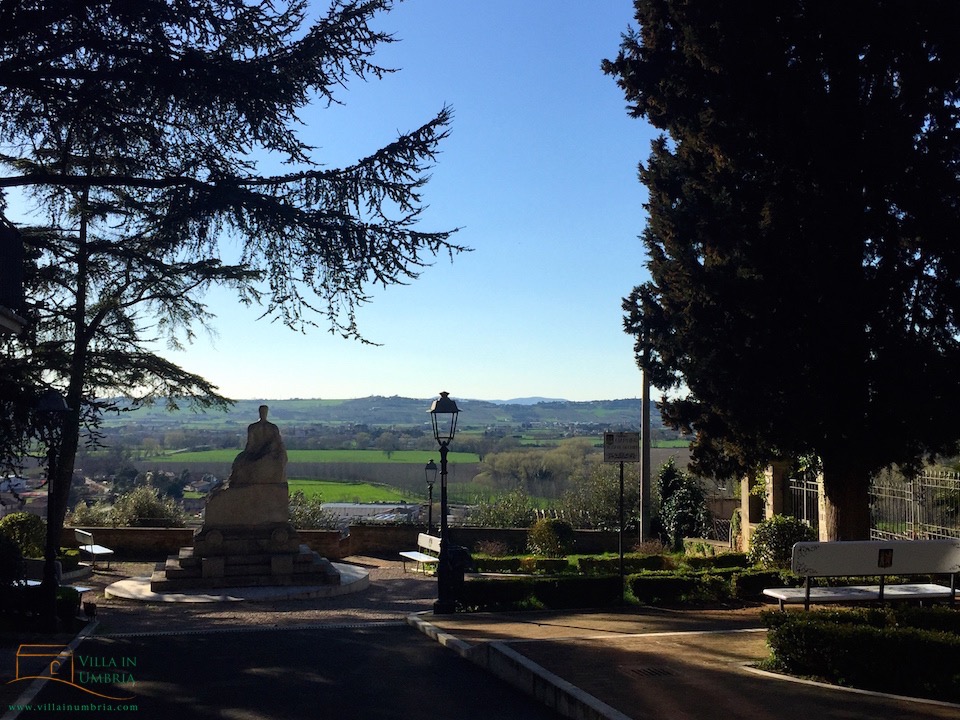 Deruta is a beautiful medieval village. The people are friendly, and there is a cozy atmosphere. The museum is worthwhile a visit. Deruta is the “mecca” for ceramics enthusiasts. Down the hill along the E45 are some larger producers of ceramics. They also make objects like tables and chairs. For the real fan: one can have personalized objects with for instance your name or family arms. 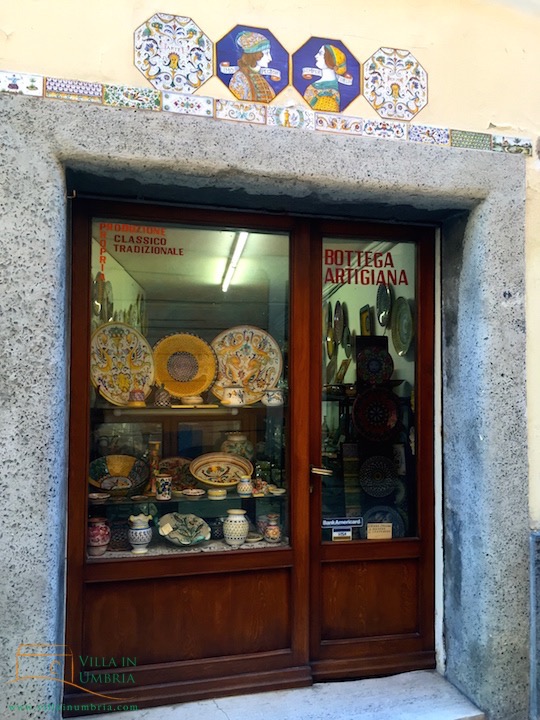 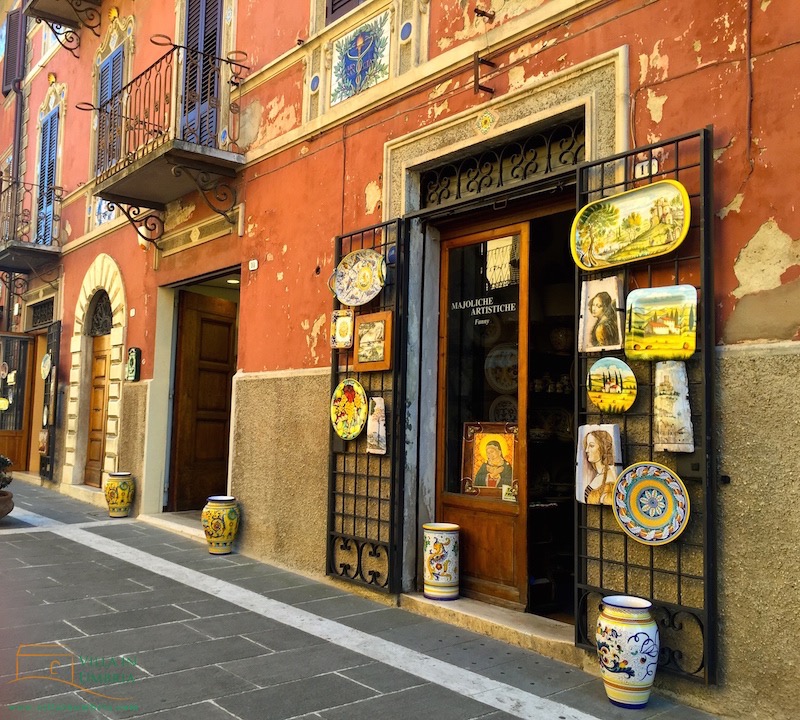 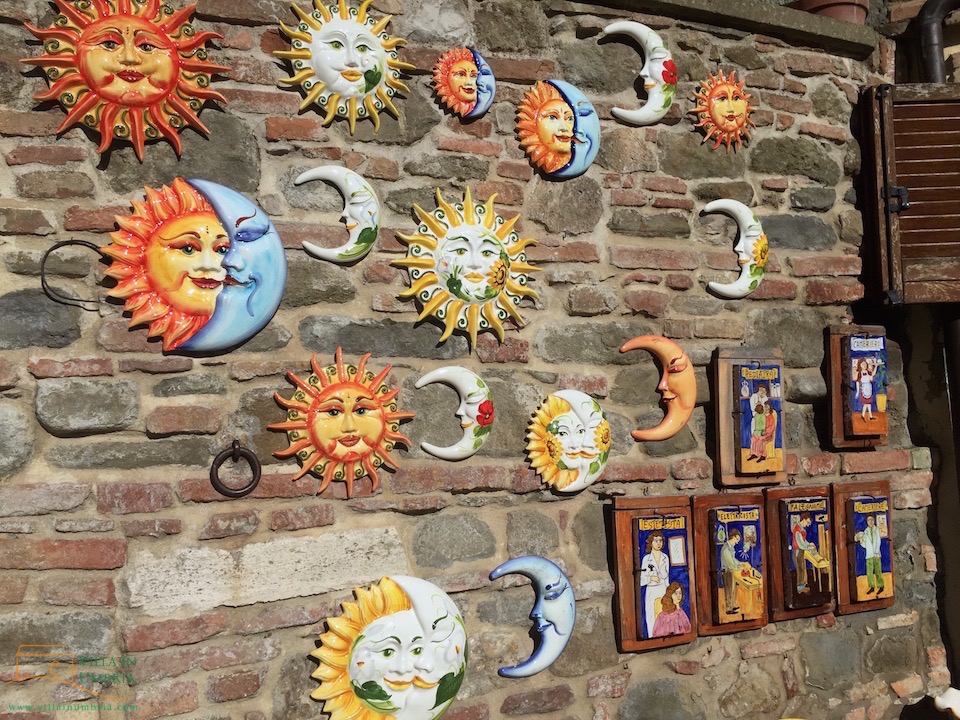