We have often written about Todi with its medieval past. Not far from this bustling town are small villages that adorn the green hills. Here you will find the hidden history of Umbria, with ancient castles, ruins and excavations. Such a village is Grutti which belongs to the neighbouring municipality of Gualdo Cattaneo.

Giovanni and Paola from the private villa Todi House told us about Grutti’s castle. It belongs to a series of castles in the area between Todi and Gualdo Cattaneo. Some are clearly visible, others are overgrown or privately owned. 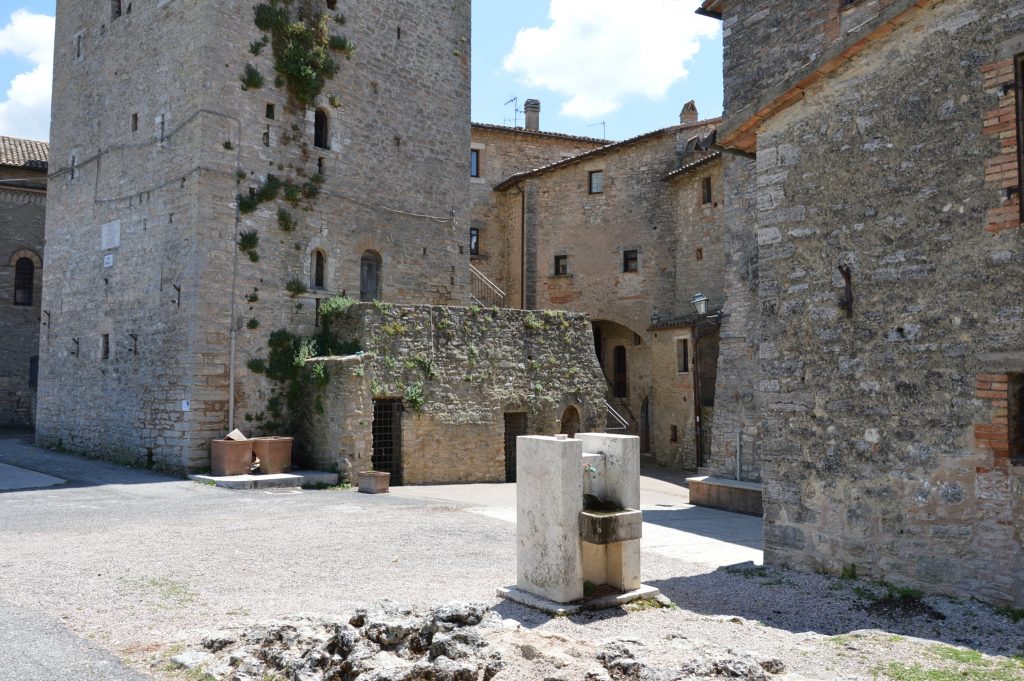 The castle of Grutti stands on the so-called Petroniano Plateau, at 506 metres a.s.l. on a large terrace, formed by travertine benches with a long edge overhanging the Tuderte valley.

At the foot of the cliff, underneath the current town and all the way up to nearby San Terenziano, there are a series of small shelters and caves. In two of these, prehistoric pottery has been found. The frequentation of the caves has continued until recent times with various uses. One thinks that also the first Christians used these caves. They were used as a shelter for animals and during World War II they were used as an air-raid shelter by local inhabitants.

Little is known of the Roman period. It is thought that the area was a Roman colony in the Augustan period, together with the nearby San Terenziano, but documentary evidence is lacking. Near to Grutti the remains of a Roman villa were found with fragments of travertine columns, mosaic floors and a funerary temple.

In August the small village of Grutti remembers its medieval past with music and food during “Agosto in Grutti”. The historical parade and the “Palio del Giogo” is an event not to miss when you are in the area. 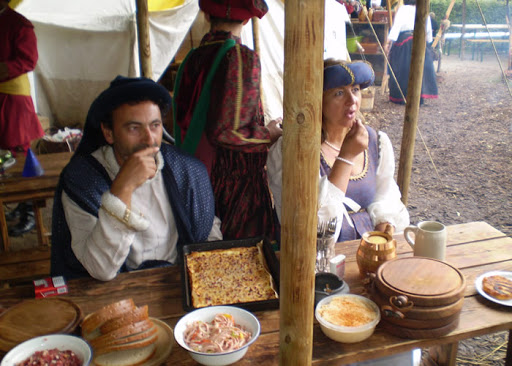 The path closest to the villa is the Via Fonte Pilo that passes through the small locality of Lorgnano and ends in Grutti. The path is about 4 km long and you can fully experience nature as there are woods and streams in an uncontaminated environment. From March to mid-May there is the possibility of harvesting wild asparagus which is a vegetable widely used in the Umbrian cuisine. In the summer you can see the threshing of the fields cultivated with barley and wheat.

For the round walk from the house to Lorgnano, Grutti and back one needs some more walking experience. It’ll take about 2,5 hrs.

Paola gave us a lovely recipe with wild asparagus that she finds in spring. She makes all pasta herself, but to make it easier on yourself, you can also use tagliatelle that you find in the supermarket. Wild asparagus cannot be found anywhere, but you can use the green variety you can buy (not white asparagus!). The local sausage is a tasty and spicy pork sausage.

This is what you need for handmade tagliatelle with wild asparagus and local sausage, creamed with pecorino.
Recipe for 4 people.
For the tagliatelle:
400 grams of local organic wheat flour
4 free range chicken eggs
water, salt and oil, as necessary
The sauce:
4 pork sausages
300 grams of wild asparagus
150 gr of grated pecorino
Olive oil, salt and pepper to taste

Here is a video that shows you how to find the wild asparagus that grows early in spring.

Like the owners of the Villa La Camilla also Paola and Giovanni recommend Ristorante Le Noci. This must be really worth your while!

“Our favourite restaurant is called “Le Noci” and is located just 3 km from our villa in Grutti. The family-run restaurant is very welcoming, has a terrace for outdoor dining, most of the products used are produced by themselves; it also has its own wine cellar. Our favourite dish is handmade tortelloni with cream, paprika and walnuts.” 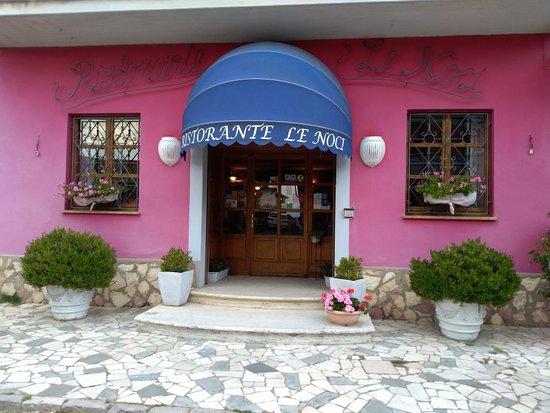 The villa was built on land that was donated by Giovanni’s grandfather. The old stable where he and his father raised animals was demolished and instead a modern villa was built. This project was born to increase the income from agricultural activity, to enhance the beautiful surroundings and to increase the hospitality business that began over 20 years ago. The modern villa was built in 2015 with the comfort of a hotel. It is located in the open countryside a few kilometers from the city of Todi and 5 minutes from the E-45. 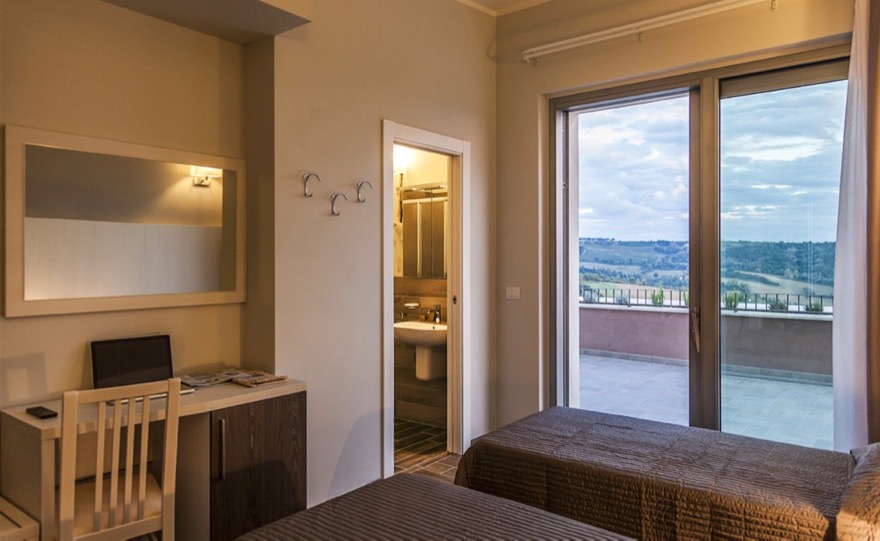 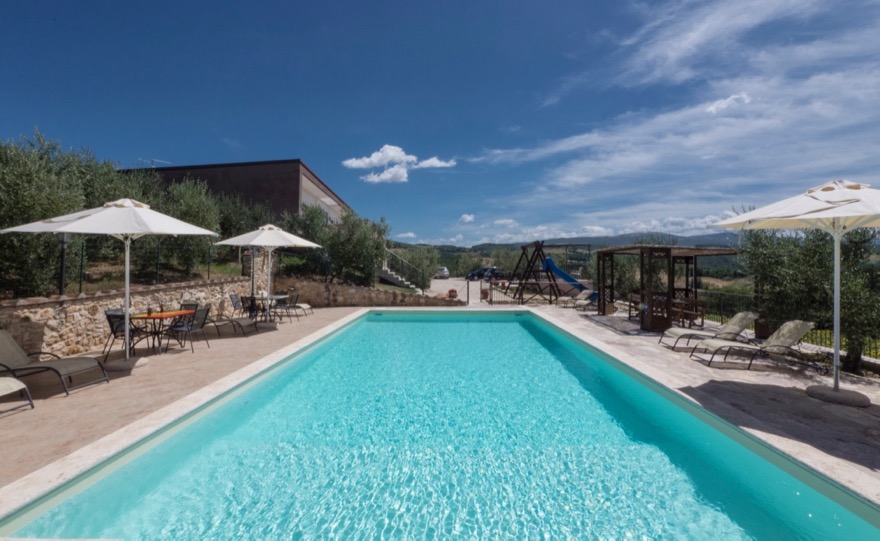