How to get to Umbria

How to get to Umbria

People often ask us “How do I get to Umbria?”. In this blog post you will find the answer to that question with our personal tips about traffic and public transport in Italy.

Umbria is one of the smallest regions in Italy on the border of Tuscany, Lazio and Le Marche where around nine hundred thousand people live. It is the only Italian region in the centre of Italy without a coastline and it is still undiscovered by mass tourism. There are many medieval cities, glowing hills and rough mountains. Perugia is the capital city of Umbria and easy to reach with public transport.

Are you flying to Umbria? There are flights with Ryanair from London Stansted to Perugia, all year round. From 2020 British Airways will fly from London Heathrow to Perugia in July and August.

One can also fly to Rome Ciampino with Ryanair from London Stansted or with Easyjet from London Gatwick and Manchester to Rome Fiumicino. The driving distance from Rome to Umbria is about 1,5 – 2,5 hrs drive.

Another possibility is flying to Tuscany. In Pisa is an Airport from where flights depart to London Stansted, Liverpool, Manchester and Edinburgh. Pisa is about 2.5 to 3 hours driving to Umbria.

During the Summer season the international Airport “Peretola” in Florence, officially called Amerigo Vespucci, has more flights scheduled to different European destinations are scheduled. Florence is at 1.5 to 2 hours driving from Umbria.

A good destination airport also is Ancona. From where it is about 1.5 hours driving to Umbria. From London Easyjet and Ryanair fly to Ancona.

At all airports you can hire a car which is our recommended way to explore Umbria. Check out Auto Europe for the best offers and insurances.

By car to Umbria

To get to Italy by car, most people either take the Brenner pass in Austria or go through the Gotthard tunnel in Switzerland. This can be quite busy but if you leave early in the morning you will not have many delays. To pass these borders early enough to avoid all the traffic a lot of guests stay pver in the south of Germany.

Traveling by car through Austria and Switzerland you need to buy a vignette. It is important to display the toll sticker properly in order to avoid fines. You can buy the vignette at the border.

In Italy one pays toll on the main high ways, the “Autostrade”. When you exit you can pay at the gate with your credit card or cash. Via this website you can organise an automatic payment: https://www.tolltickets.com/en/.

The speed limit on the highway in Italy is 130 km. Just like in many other countries there are also speed cameras in Italy. Generally, the Italians drive fast and often bumper to bumper. But don’t panic, it’s their driving style. Keep calm and give them space when you can.

At many petrol stations you can pay cash or with credit card. Along the highways you’ll find the Autogrill regularly. Here you can take a break and toilets are free for use. Mind that it can be quite busy around lunch time. If you’re driving an electric car, please note that charging points are increasing in Italy but you won’t find them as much as in Northern European countries.

Most people arrive in Umbria via the A1 highway. Depending from your destination, you can take the exit in Arezzo for Città di Castello, in the Valdichiana for destinations around the Trasimeno Lake, Perugia and Assisi. Or more to the south Orvieto and Orte to get to the province of Terni.

An alternative is the route from the A1, via the motorway E45 Cesena – Orte exit Perugia. This road, though, especially the part through the mountains is in bad condition. We’d advise you to take the A1, via Arezzo – Città di Castello, when your destination is in the Northern part of Umbria.

By train to Umbria

You find all the train connections on the website of Trenitalia. Traveling by train is more relaxing and environment friendly. The Freccia Rossa in Italy is a modern and fast train which passes through Italy, North to South. A similar train is the Italò. These trains bring you once a day from Perugia to Milan/Turin but the first part from Perugia to Arezzo is a normal and slow route.

If you want to spend a day in Rome or Florence during your holiday in Umbria, we’d recommend to take the train. Either from Orte or from Terontola/Cortona, depending where you are staying. These are direct connections and will take you to the centre of Rome or Florence. You will not have to worry about parking and the driving habits of the Italians. Both Rome and Florence can easily be explored on foot. At the central station of Rome there is also a metro connection.

By bus to Umbria

In Umbria are often busses from A to B and back. For more information and timetables you can visit the website. Be aware that during summer there are less busses because the schools are closed.

A relatively new way to drive though Europe and Italy is the FLIX Bus. These are cheap bus trips to many European destinations. The FLIX bus also stops in Umbria.

When traveling by bus or by train the Trainline app can be quite useful. 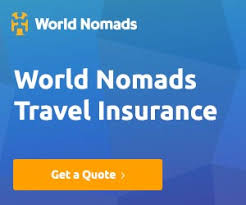 What to do in Umbria