Narni, in Latin language Narnia, is a town close to Terni in the south of Umbria. It is the geographic center of Italy, located high on a mountain overlooking the valley where Terni is situated. There are lots of forests surrounding the town and the name immediately recalls the famous book by C.S. Lewis, The Chronicles of Narnia. According to the biography of C.S. Lewis written by his secretary Walter Hooper, the writer used that name because he discovered it on a map of Italy and thought it sounded well. 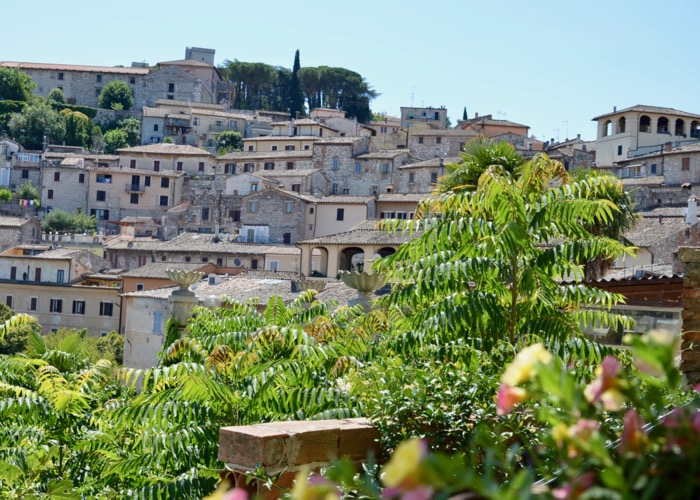 A brief history of Narni

In prehistoric times there were already settlements in the caves around Narni. From about 600 B.C. the Umbri lived here, who called their city Nequinum. In 299 B.C. the city was invaded by the Romans after a year of siege. The high position of the city made it almost impossible to enter and pass the town walls. Ultimately, the Romans succeeded with the help of two traitors within the walls. The Romans gave the city the name Narnia after the river that passes in the valley, the “Nar”, now known as the Nera. The city became a strategic point along the Via Flaminia trade route. 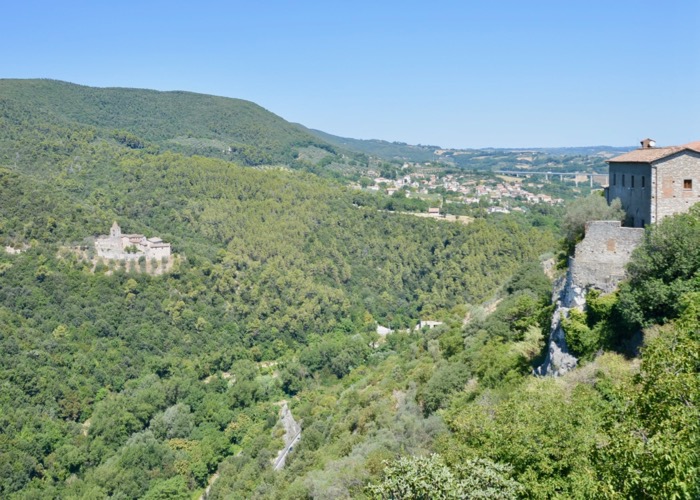 At Stifone along the river Nera was the Roman port. The remains of a boat workshop have been found here. It is a tiny hamlet but well worth a stop. Over the centuries this was a crucial place for the local economy with several water mills.

Electricity plants have been built along the river Nera in modern times, including at Stifone for the electricity supply of the city of Narni. The highest artificial waterfall in Europe, the Cascata delle Marmore, is located further upstream beyond Terni and was built for the power plant of the steel mills in Terni.

A small “beach” has been created right after Stifone, coming from Narni: the Mole di Narni. The water here is almost azure blue and lies in a wide bend of the river. The water is freezing and extremely refreshing on a hot summer day, but it is not easy to get here as there are no signs and there is no parking. Swimming is prohibited everywhere, but not many people adhere to that. Most people do not know why it is dangerous to swim here. A sluice upstream is opened at set times. When the sirens are blaring, you absolutely have to get out of the water and don’t stay on the edge either! We were there for about an hour on a hot summer afternoon but didn’t hear a siren. 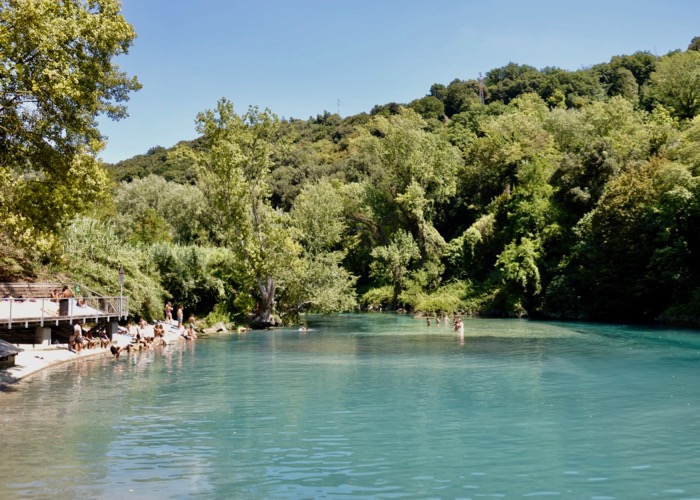 What to see and do in the centre of Narni

Narni itself is an ancient town with small alleys. It breathes the atmosphere of the Middle Ages, which is further emphasized when the local medieval festival takes place in May: Corsa all’Annello. 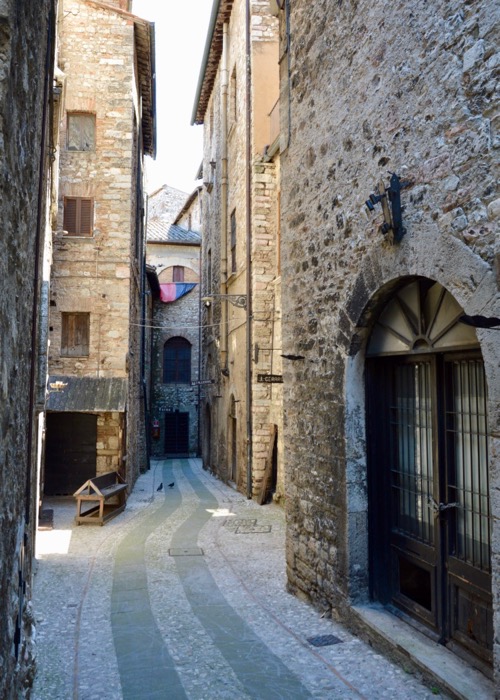 In Narni you can visit the underground city. Here is an antique church discovered by cavers in 1979. A tour of these underground spaces is fascinating and takes you back in time. Please note the opening times: Narni Sotterranea (currently closed due to Covid-19 restrictions). 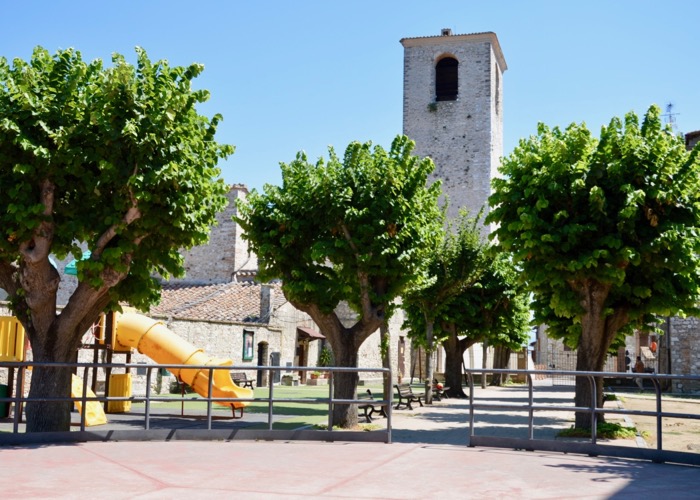 You can also visit the Roman underground aqueduct here. This is only possible after reservation at least two weeks beforehand and is only for fit and non-claustrophobic people.

Fun for the children, provided they are at least 1.30 meters tall, is the underground climbing track Narnia adventures.

We enjoyed a lunch with a beautiful view in the centre of Narni at the Trattoria Pizzeria “I Ghibellini” in the Vicolo Belvedere 4. 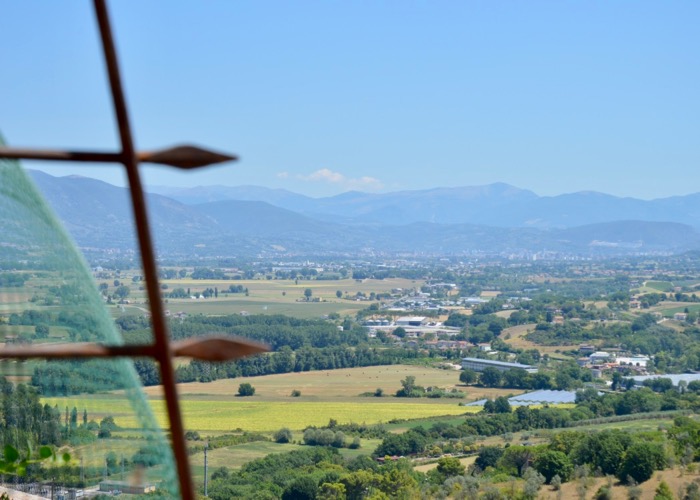 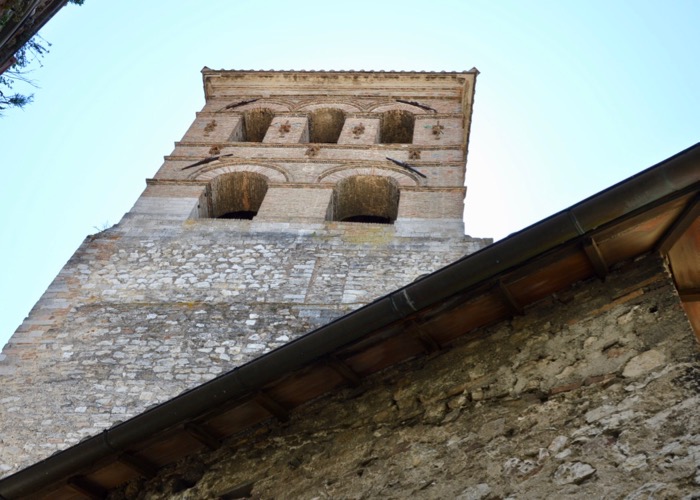