Every year in October and November is the time to harvest the olives in Umbria. In 2014 we had a terrible harvest: a combination of bad weather (a mild winter and rain in summer) led to Italy’s most disastrous olive harvest. The olive fruit fly damaged the olives by leaving its larvae in the olive which destroyed the fruit. This year is going to be a good olive year and we already tasted the first fresh olive oil. 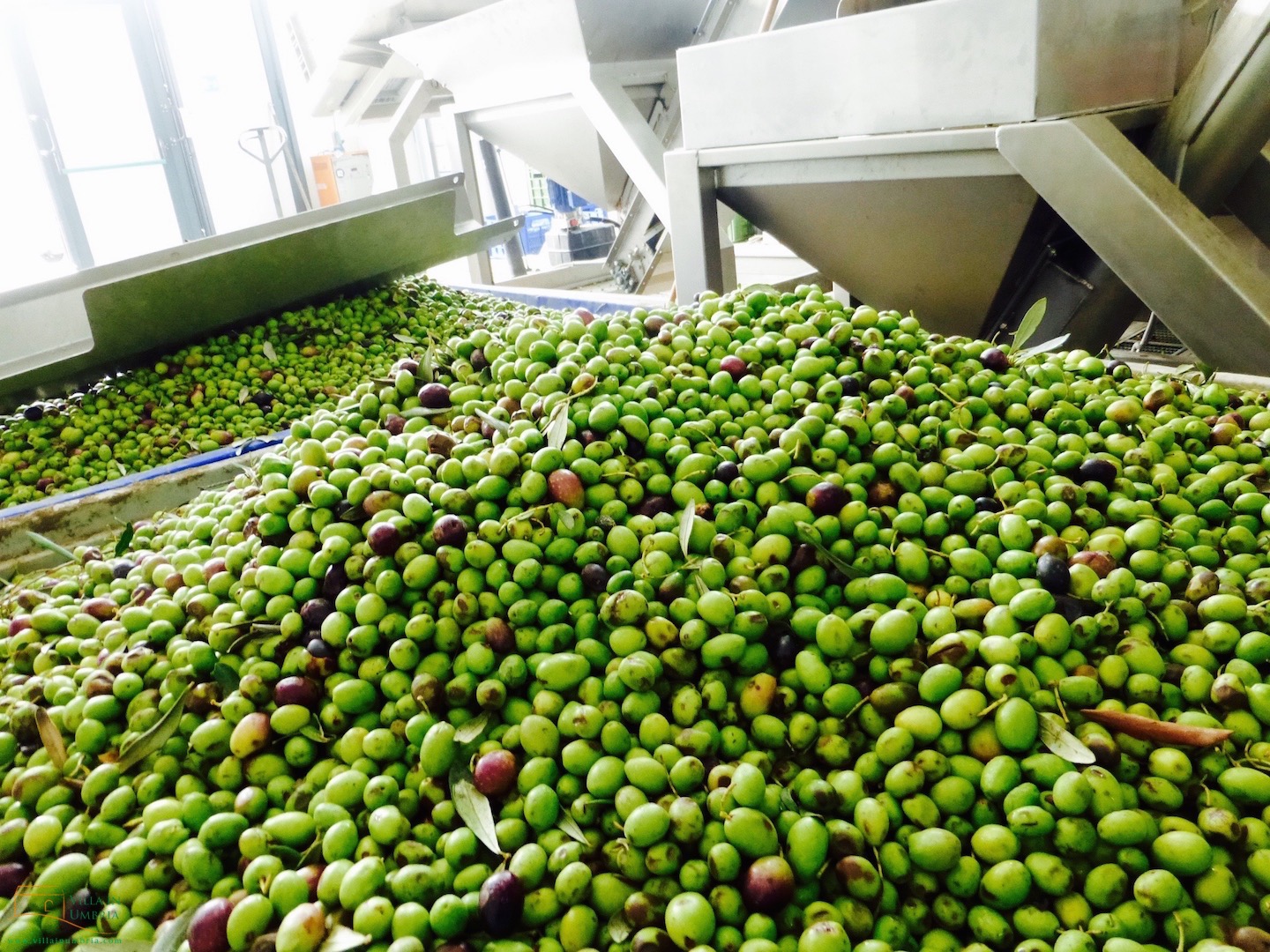 Most of the harvesters started early in October because of the weather circumstances. This summer’s heat caused an early maturation of the olives. But not everybody starts with harvesting on the same date, it depends on many factors like the weather and the position of the trees in mountainous areas or in the valley. For example, the olive oil from the Trasimeno Lake area is not the same olive oil as from Valfabbrica or Gualdo Tadino. It is all in Umbria, but the quality of the trees are different, and so is the climate (somewhat milder around the lake). 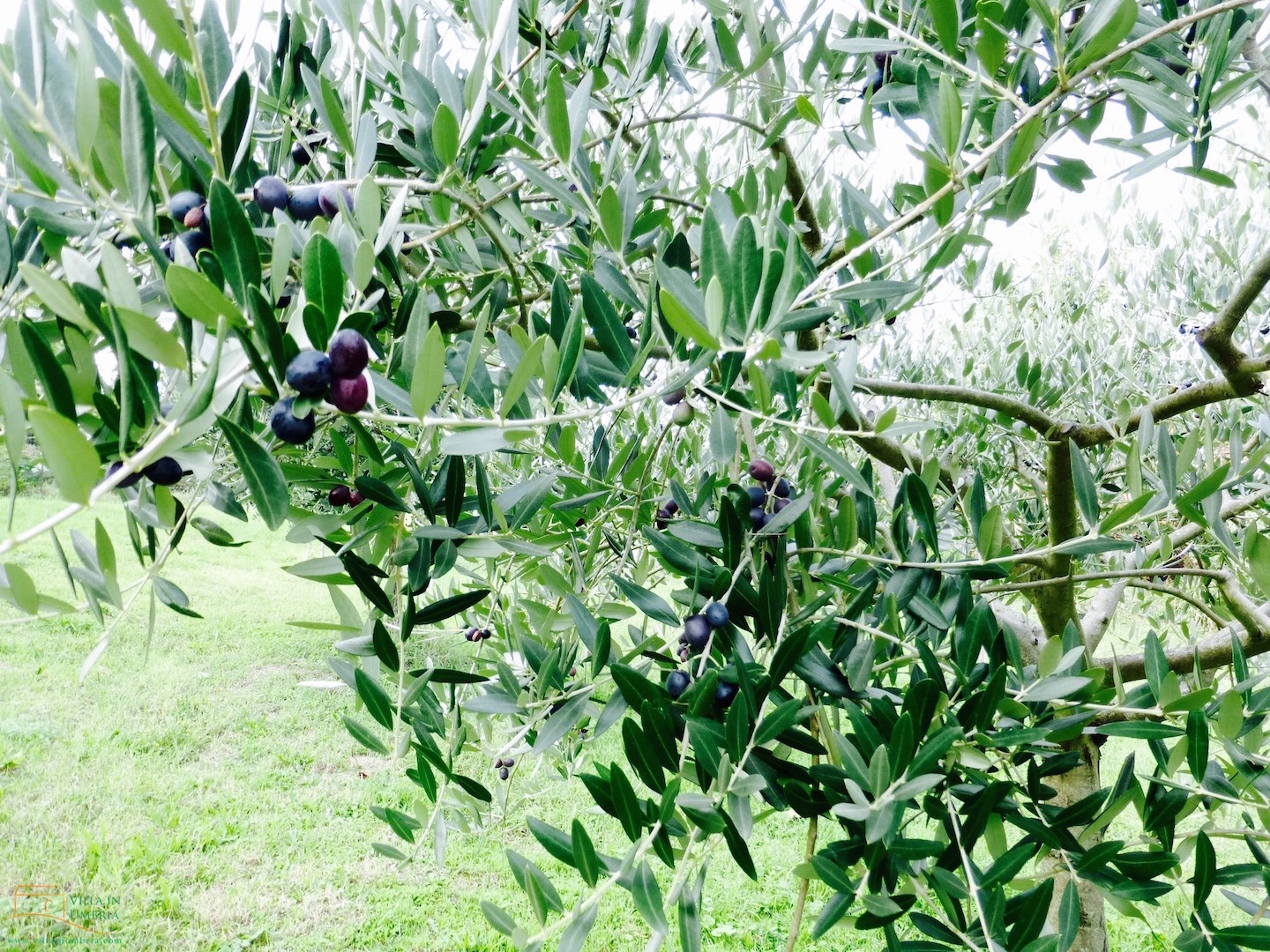 It is said that the best olive oil comes from Central Italy, Tuscany and Umbria. All olive oil here is identified with the D.O.P. certificate (Domination of Protected Origin). 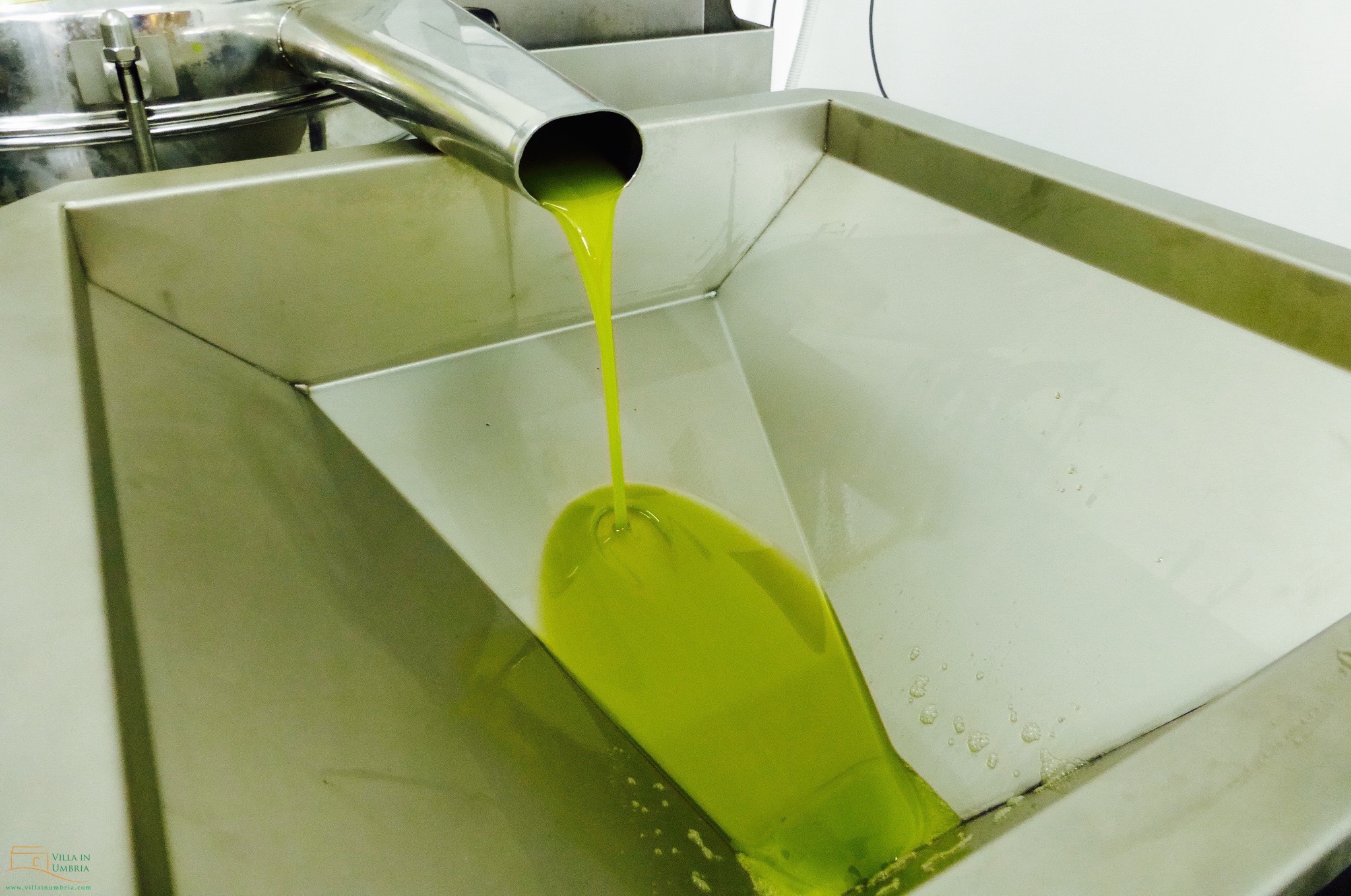 For the wine and olive harvesters in Umbria and Tuscany the months of September through December are the busiest months for the production of new wine and new olive oil, the Novello wine and the Novello oil. It is a hectic period and I was lucky that Rodolfo Loreti, an olive oil farmer in Gualdo Tadino, did have some time to explain and tell me about the process of making high quality olive oil. 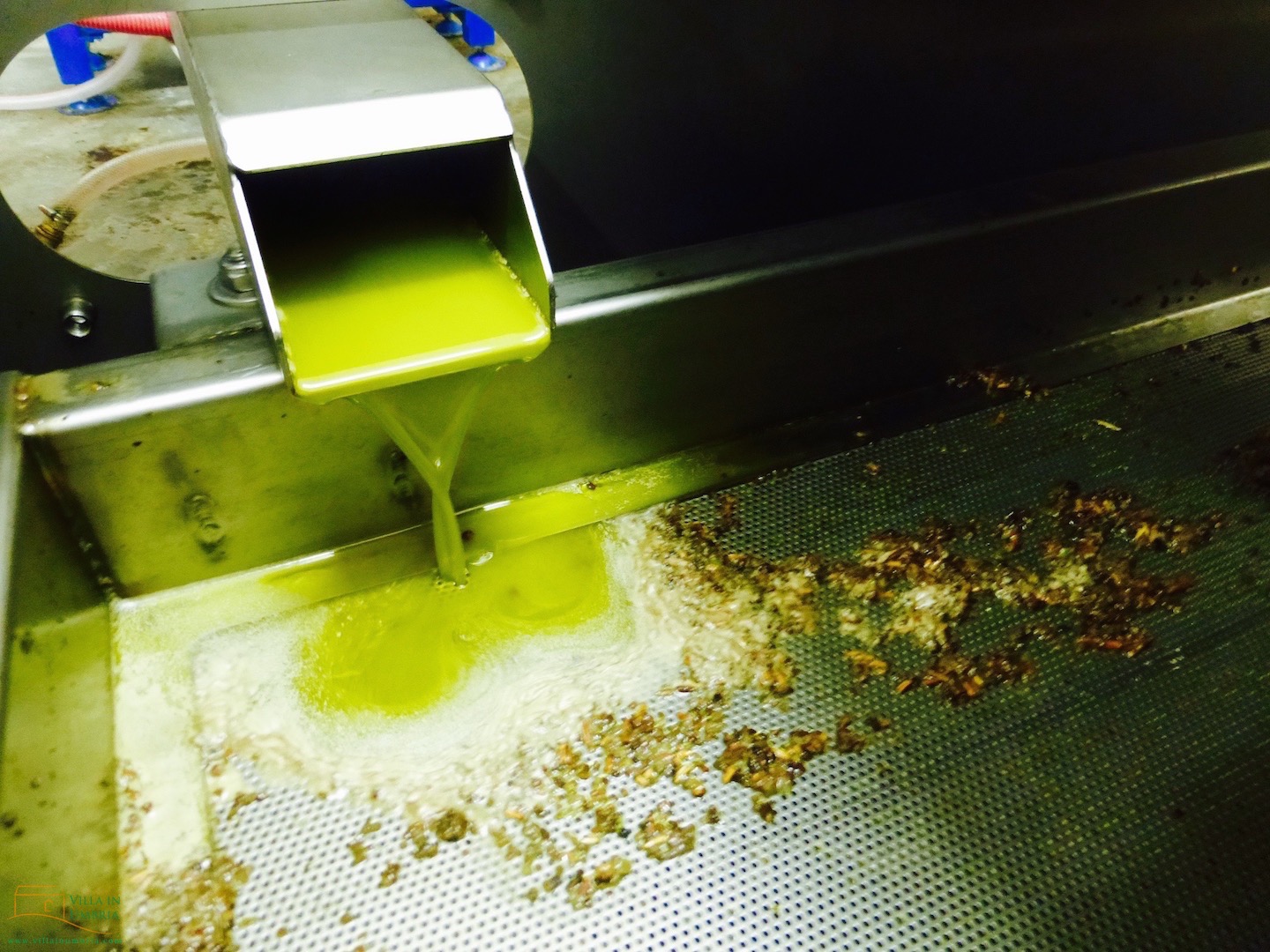 It is many years now that Rodolfo Loreti produces organic olive oil. He has won some prices with his olive oil and you can find him as well in the Gambero Rosso. 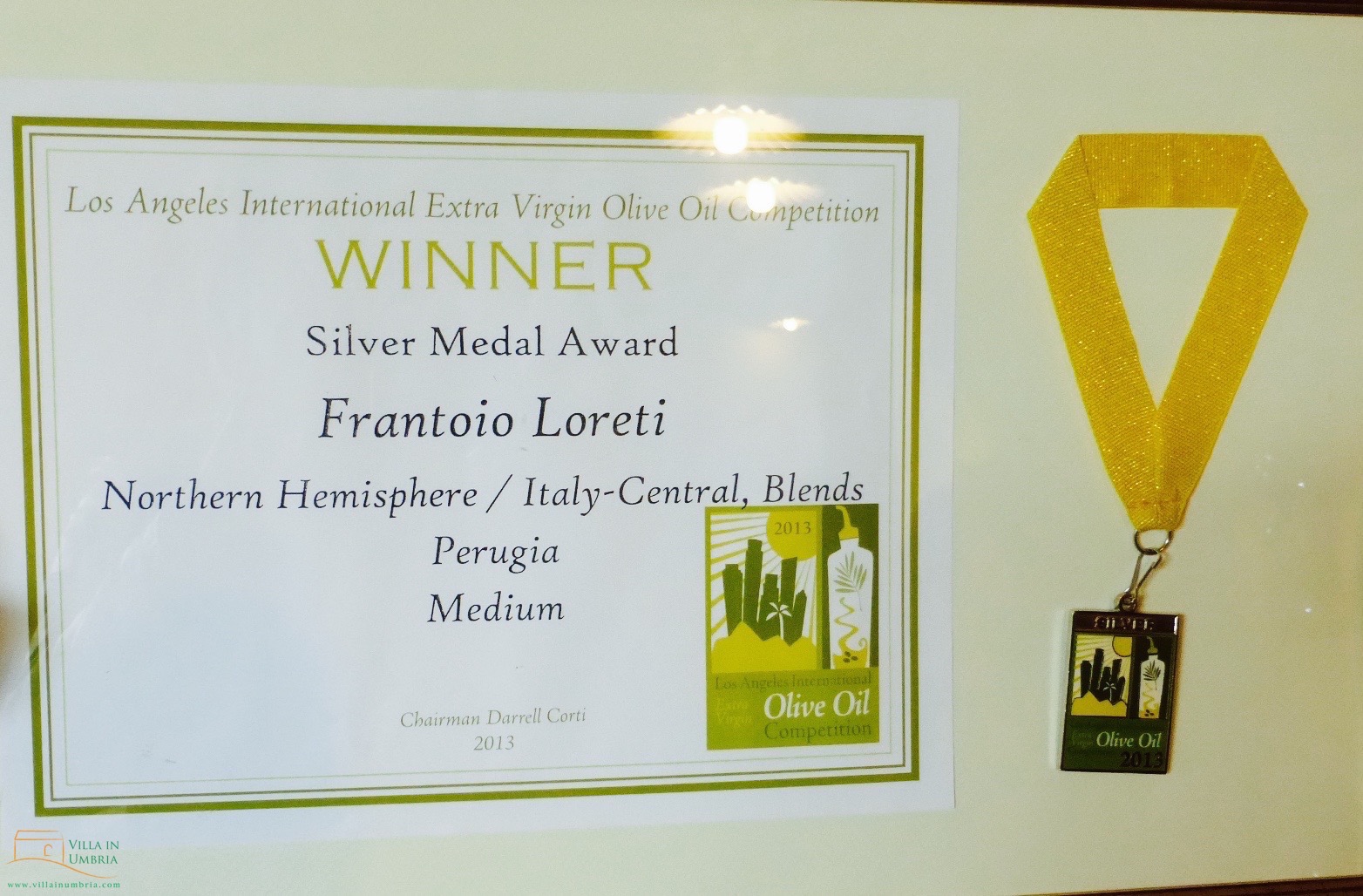 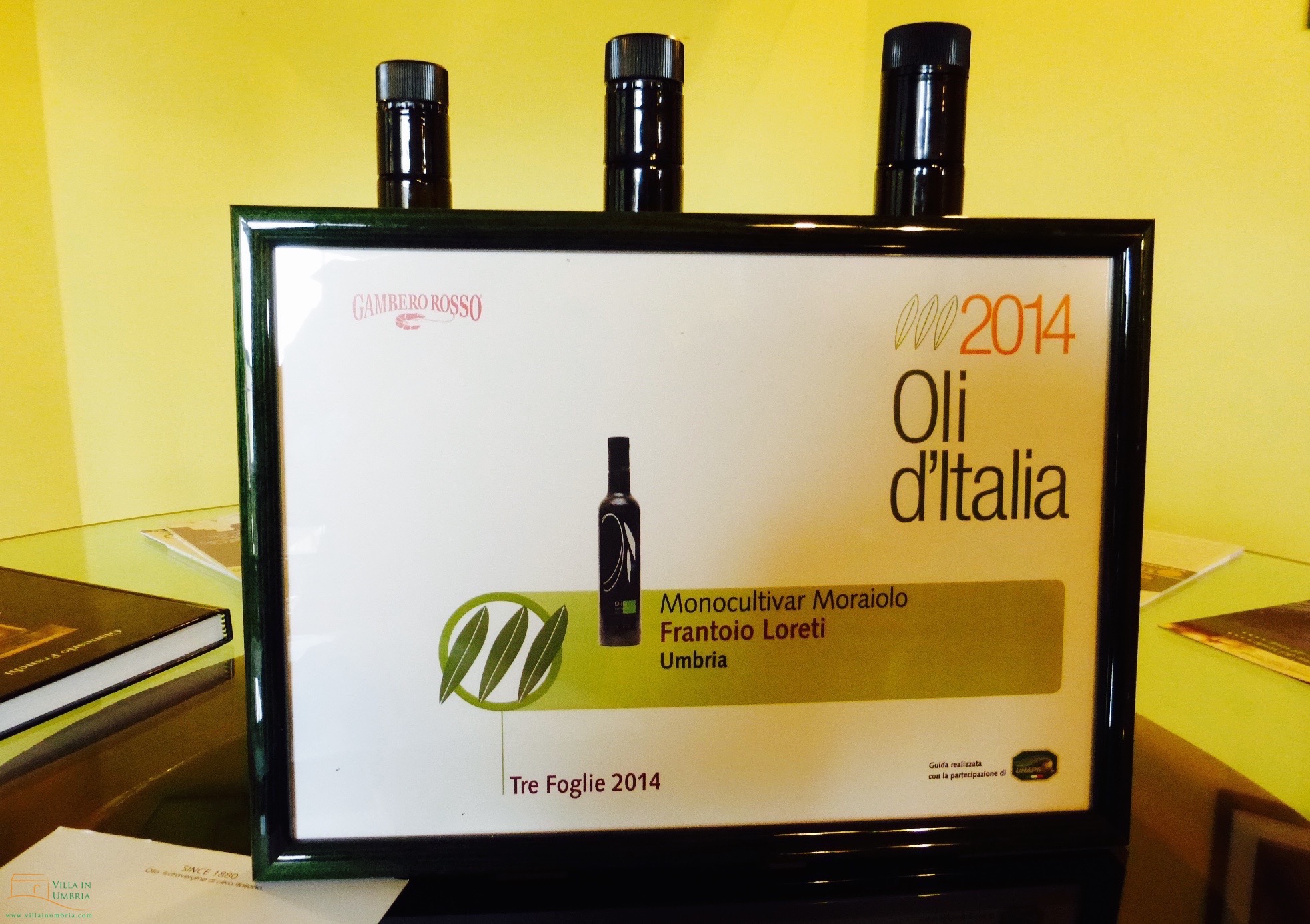 At the frantoio of Loreti we tried the new fresh olive oil on warm bruschetta. Delicious! I have tasted the Moraiolo olive oil, a bit spicy, and a softer olive oil, but unfortunately I can’t remember the name of the olive. Probably it was a mix from Leccino, Moraiolo and Nostral di rigali. 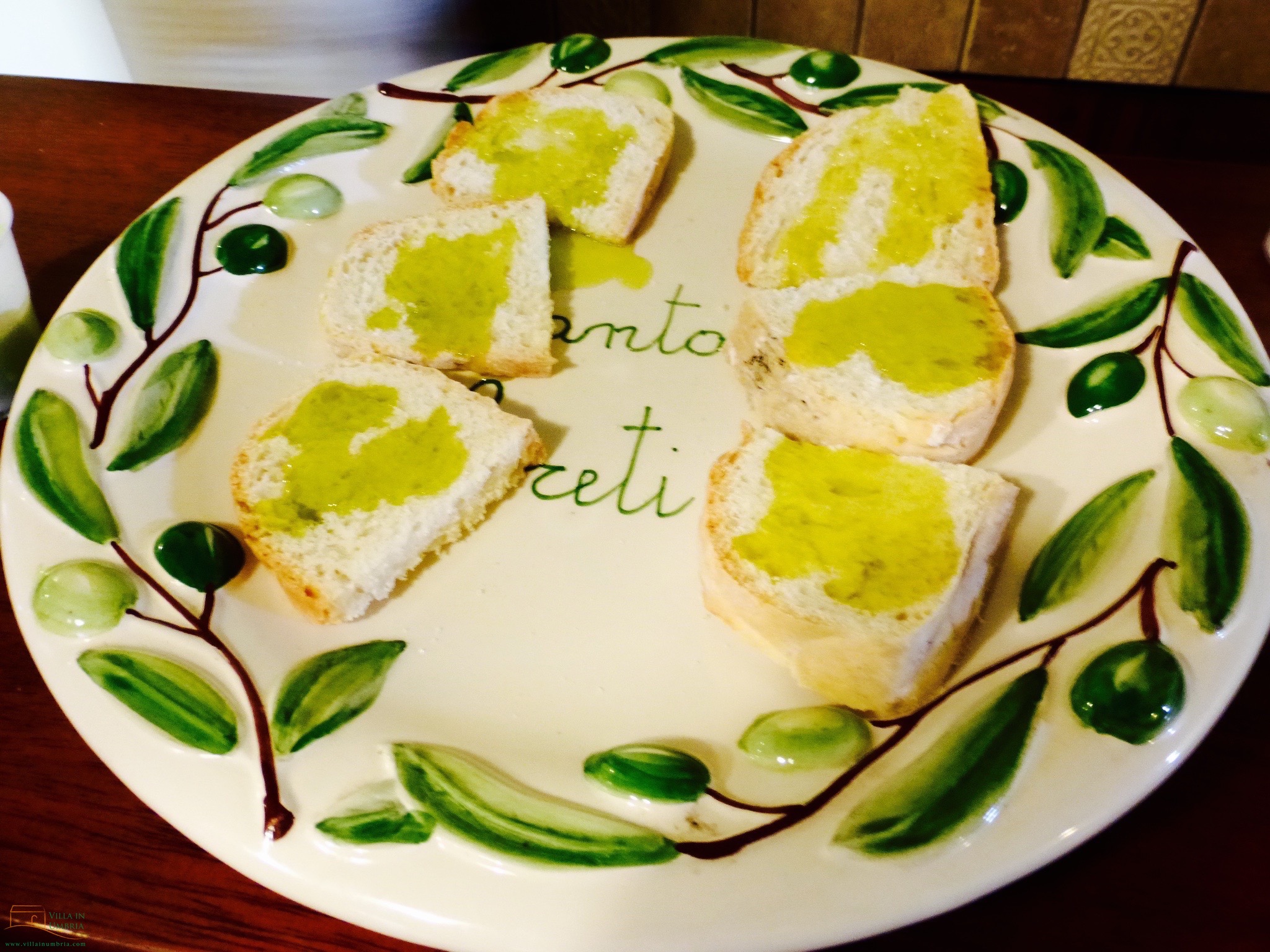 The olive harvest will finish early December. Than Rodolfo will be leaving for the Dolomites in Trentino where he is a ski teacher! 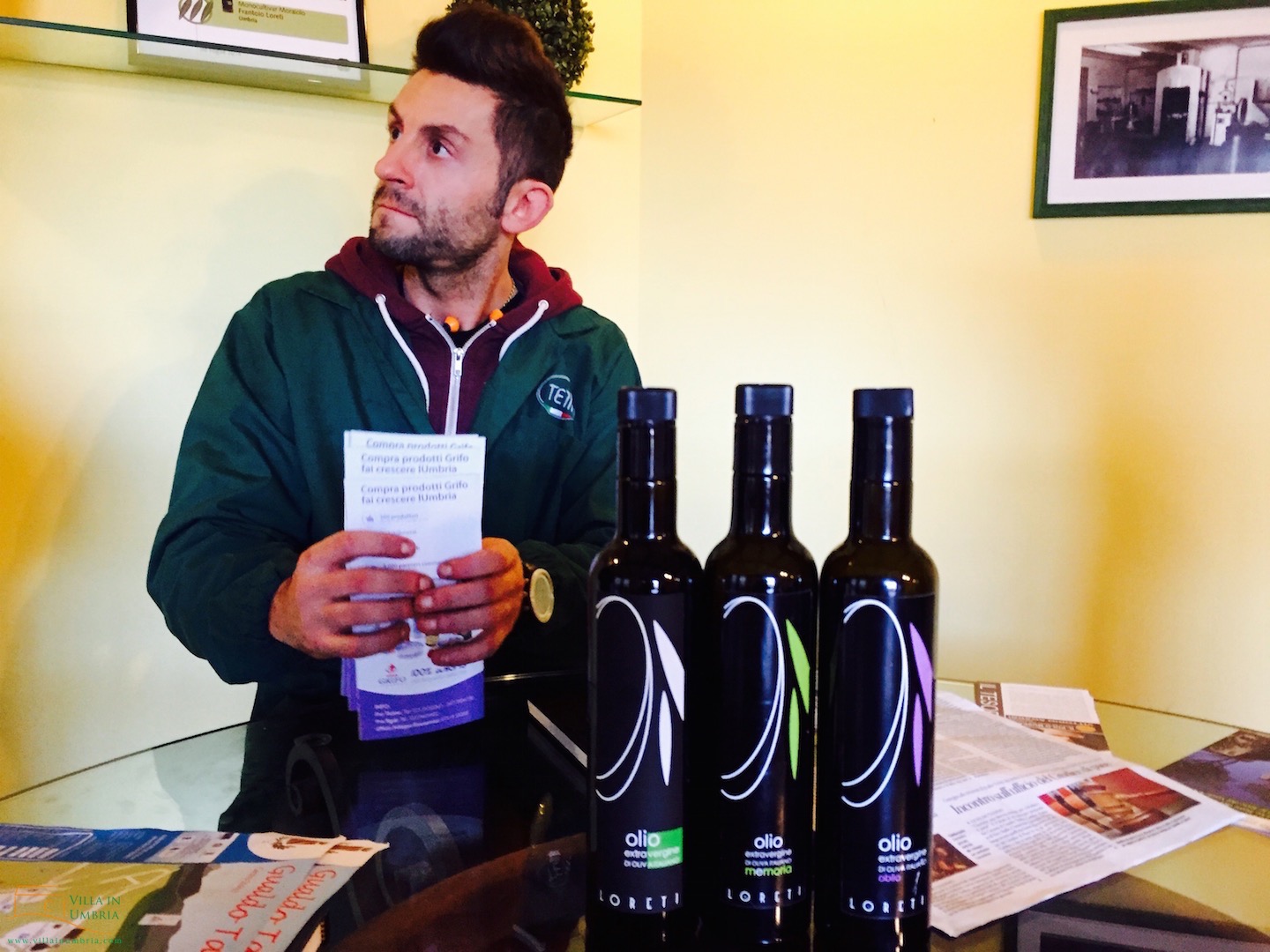 4 responses to “Olive harvest at Frantoio Loreti in Gualdo Tadino”