This beautiful snake, or one of its parents, has been living in and around our swimming pool pump for many years now.

The electrician in fact, did not want to return to fix the pool lights that were causing a short circuit, after he caught sight of the disappearing snake last year. It took me over a year to make him return and he only did so after I promised several times to make sure there would not be any snake in the area.

I did not see Mr. or Mrs snake this spring, but today when opening the pool pump cover, there it was.

In the first picture the snake did not yet notice me. In the second one you see the head appearing from under the pump (an odd habit to sleep with your head under the running pool pump). A few seconds later there was no trace of the animal.
By the way, these snakes are not dangerous at all! 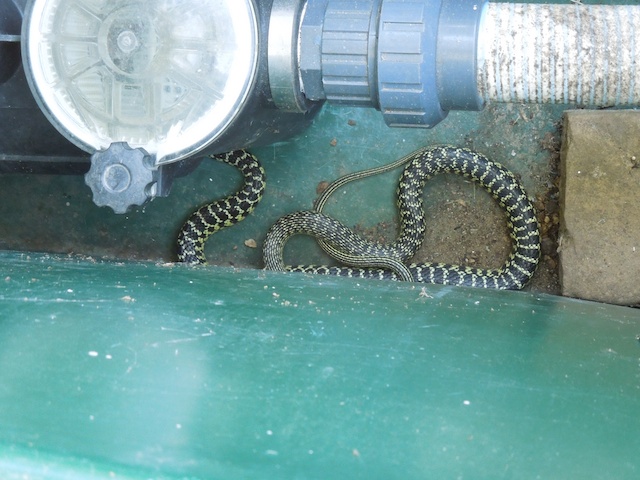 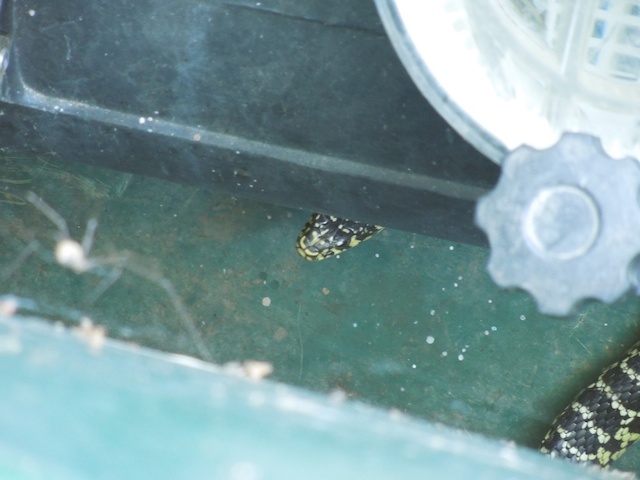