Every day in the newspaper, or on television we still see images and interviews with journalists, politicians and locals about the earthquake on 24 August. Amatrice, Accumoli and Arquata del Tronto are destroyed. Also buildings in Norcia, Umbria have been damaged. Many people who survived the earthquake live now in tents, but will soon move to hotels and institutions before winter sets in.

In many restaurants in Italy, and in Umbria, you can order a pasta “Amatriciana”. Amatriciana is a typical pasta-dish originally from the village Amatrice based on tomatoes, pecorino, guanciale (cured pork cheek), white wine, onion and peperoncino. Amatriciana is prepared with spaghetti or also penne (short pasta). 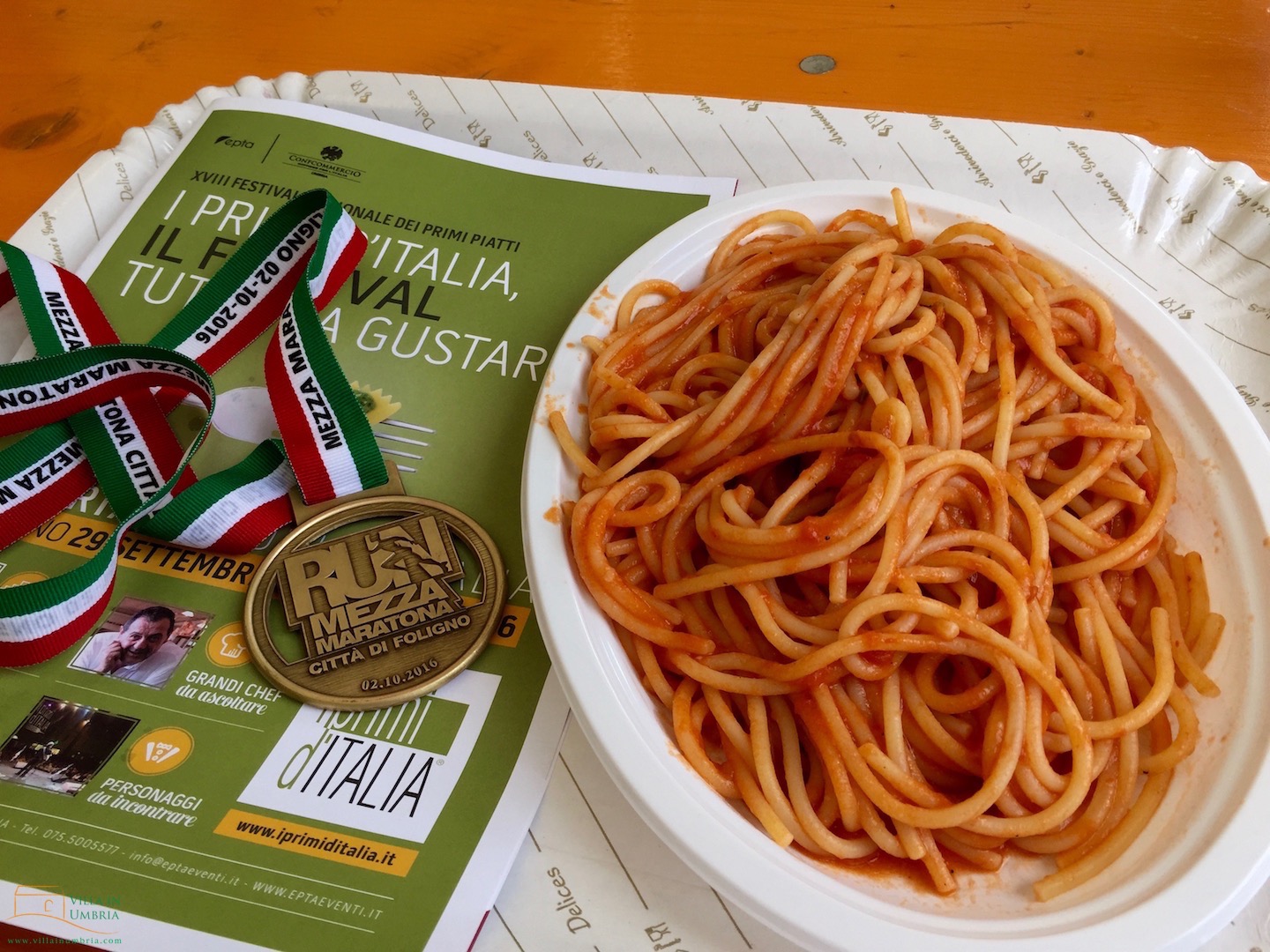 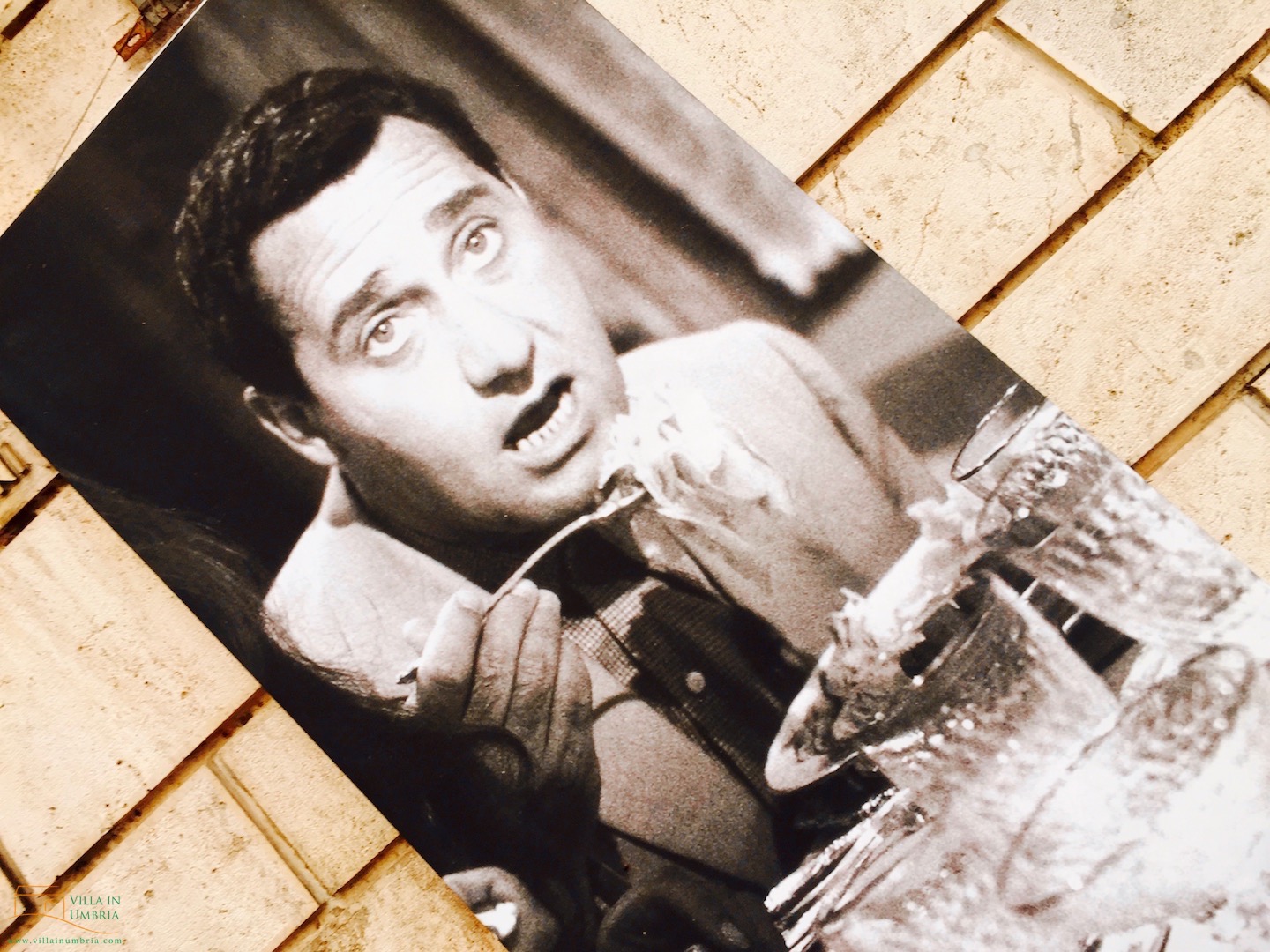 On Sunday October 2, 2016 I participated in the half marathon of Foligno, Umbria. We started and finished in the centre of Foligno, and in between ran through the wonderful Umbrian countryside around Foligno. The trail is flat and also ideal for walking or biking.

This race is every year on the last day of the event I Primi d’Italia. I Primi d’Italia is a popular food festival that focuses on “primi piatti” (polenta, rice, pasta and soup). During this event many top chefs all over Italy come over for food tastings, cooking demonstrations and cooking courses. It attracts a lot of visitors. Have a look at our blog about I Primi D’Italia. 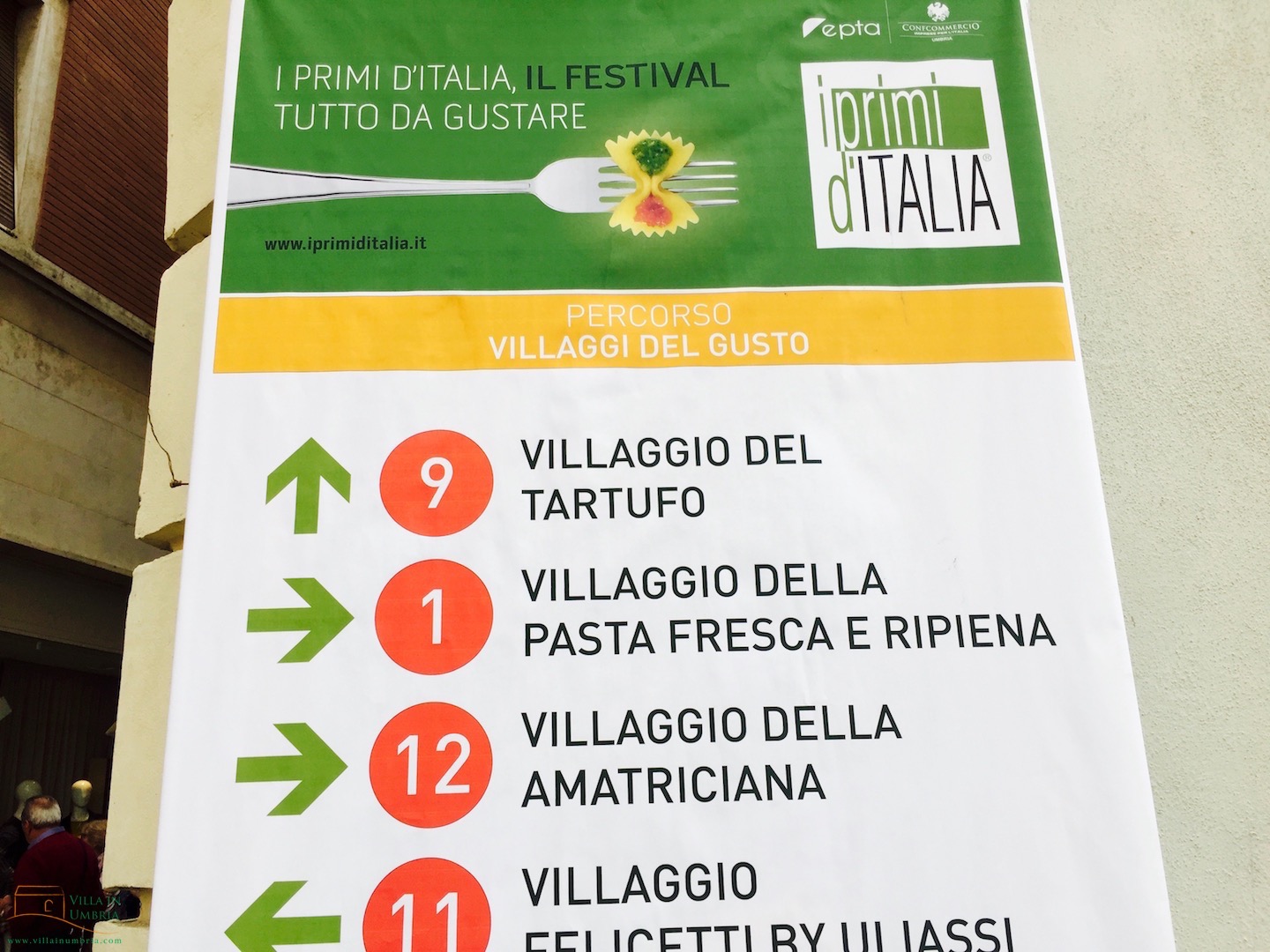 The Pasta Amatriciana I had was delicious, I ran in the half marathon of Foligno, and gave my humble contribution for charity! I returned home satisfied.

Share
Pin
Tweet
Posted: 4 October 2016/Under: Events, music and arts, Food and wine, Things to do in Umbria/By: SylviaItaly