Perugina is the chocolate factory of the famous Baci Perugina chocolate. It is located in Località San Sisto about 20 minutes driving from the historical centre of Perugia.

The factory in Perugia is the home of chocolate, “la casa del cioccolato”. They have an interesting history and excellent chocolate. Therefor we went for a visit. You can read all about it here. 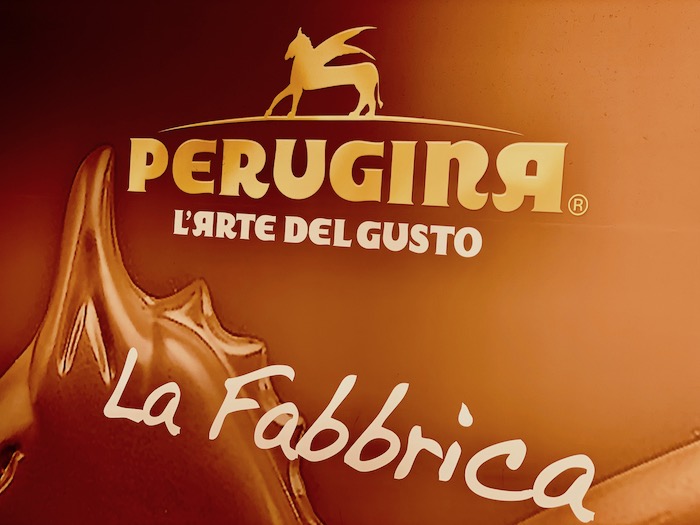 The history of Perugina

It all started in 1907 with a small “confetto” company. These are small almond sweets with a sugar coating, used a lot in Italy at weddings, holy communion and other important occasions.  The founding members were important personalities in the Perugia society at the time: Francesco Buitoni, Leone Ascoli, Francesco Andreani e Annibale Spagnoli.

Only few years later, in 1913, the chocolate factory Perugina opened in Fontivegge Perugia. Here, the first cacao from Perugia was produced in 1917. In 1919 the first dark chocolate Luisa (Spagnoli) was launched, followed by the Bacio chocolate in 1922.

The first box of chocolates is born in 1923. At the time chocolate was a luxury article only available to a limited public. Usually it was presented as a special gift.

Perugina didn’t have any competition of other chocolate companies. Nonetheless, they kept focussing on the production of fine and niche chocolates. Perugina also became a pioneer in the advertising sector, making publicity during events, in shops and on the radio. 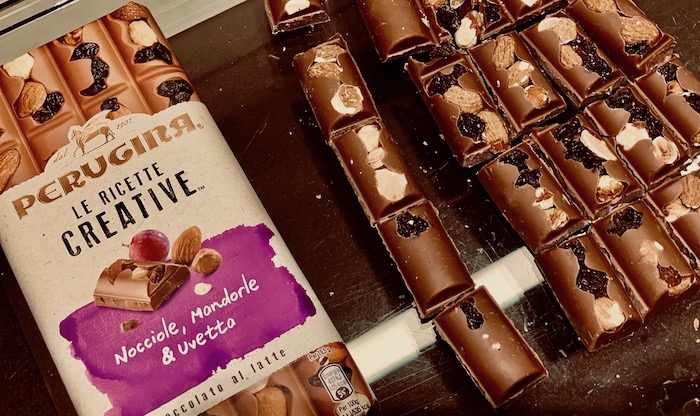 Despite the great recession and the birth of fascism in Europe, followed by the Second World war, Perugina became one of the largest chocolate factories in Italy. So mass production was a fact.

In the late thirties Perugina started selling chocolates in America. They opened its first chocolate store on 5th Avenue in New York in 1939.

June 17th 1944, the Germans bombarded the Perugina factory in Fontivegge. The reconstruction of the new factory started quickly and became a flourishing business. Meanwhile the actual chocolate factory of Perugina opened its doors in 1960 in San Sisto Perugia.

Since then, new chocolate products have been produced. Despite the new innovations the original recipes of the dark chocolate Luisa and the Bacio chocolate never changed.

At this moment Perugina products are present in 250.000 shops in Italy and in 75 countries across 5 continents. Above all Perugina has a long and sweet Italian history uniting antique traditions and modern techniques. 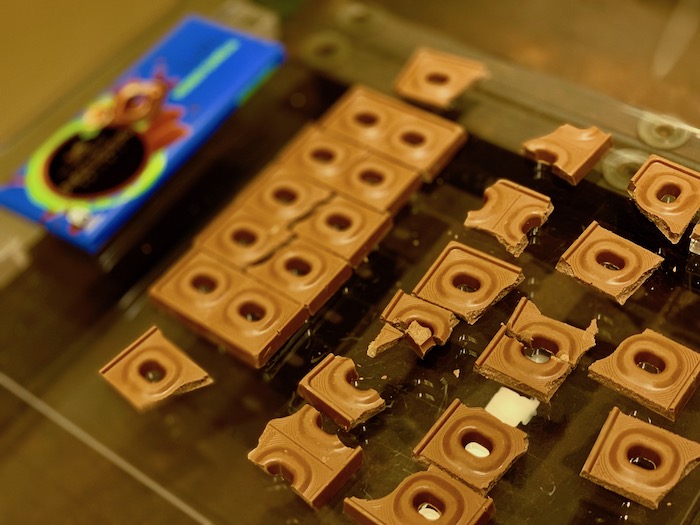 In 1922 the first Bacio chocolate was introduced on the market. Bacio is a chocolate filled with a whole hazelnut, Gianduia milk chocolate and a dark chocolate coating. The recipe is from Luisa Spagnoli.

Firstly Luisa created the chocolate Bacio and initially called it “Cazzotto”, a punch. The punch has the shape of a fist. Secondly Luigi Buitoni thought it better to come up with a more suitable name: “bacio”, kiss. Also, the little note bearing a phrase of love was added.

The classic Bacio is the one with the silver confection. Moreover there are more varieties of Baci chocolates. The latest Bacio chocolate is from October 2018. It is the chocolate with the pink confection, called “Ruby”. This chocolate is a very sweet chocolate. 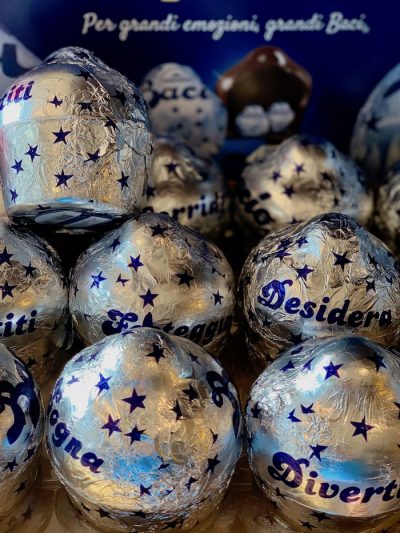 A visit to the chocolate factory in Perugia

The Perugina – Nestlé chocolate factory is immense and a visit is only possible after reservation. The guided tours are in English and Italian. They show a film about the history of Perugina and one visits the museum with a guide.

After the visit to the museum, there’s a chocolate tasting event. One starts with the dark chocolate ending with the sweet Galak white chocolate of Nestlé. It is prohibited to take the chocolates with you. But be aware: do not taste all the chocolates they offer… there are too many!

The last part of the guided tour is a visit to the factory. For the privacy of the employees, it is absolutely forbidden to take pictures here. Not with your camera nor with a mobile phone.

It is impressive to see the mass production of chocolates. And all employees wear white clothes and hats for hygiene.

After the tour one can buy chocolate and gadgets in the local store of the museum. 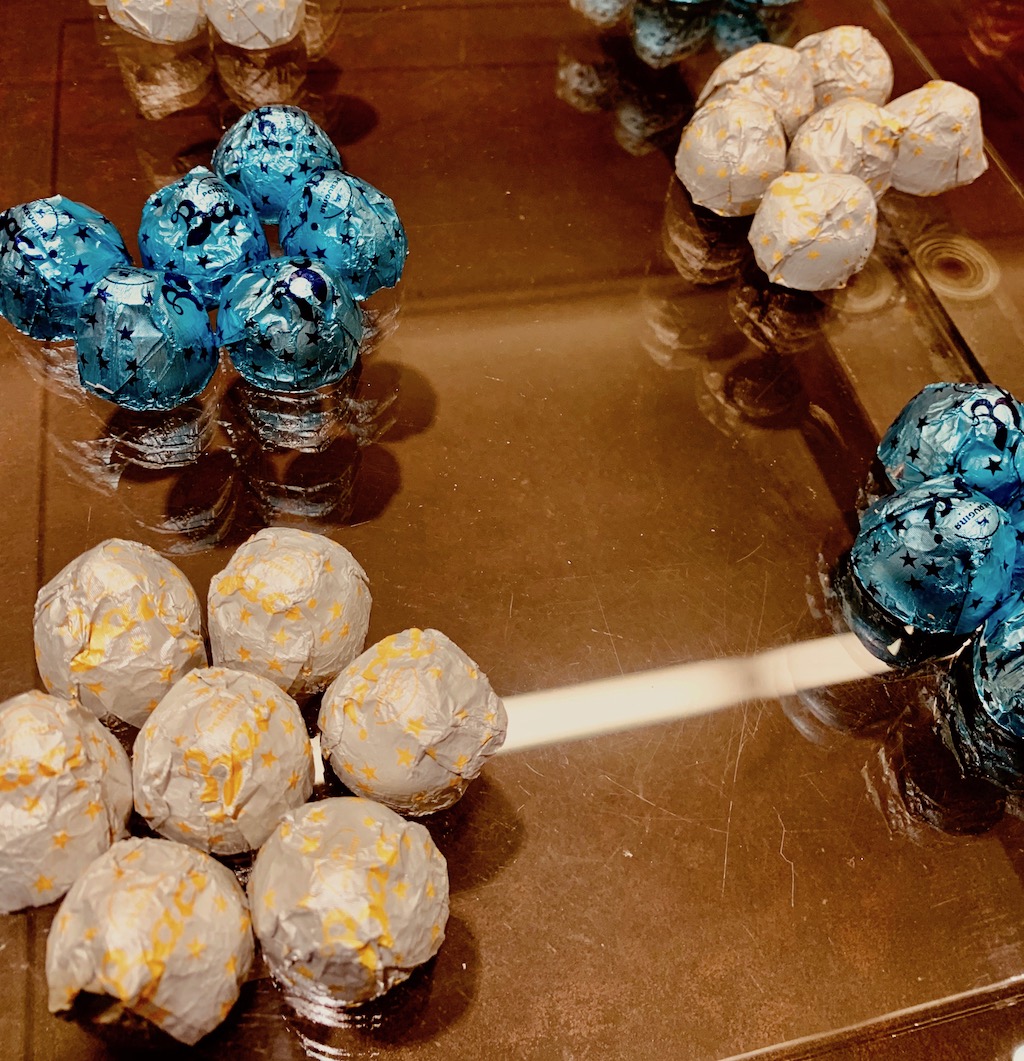 Included in the prices is the chocolate tasting.

The tour takes about 1,5 hours. 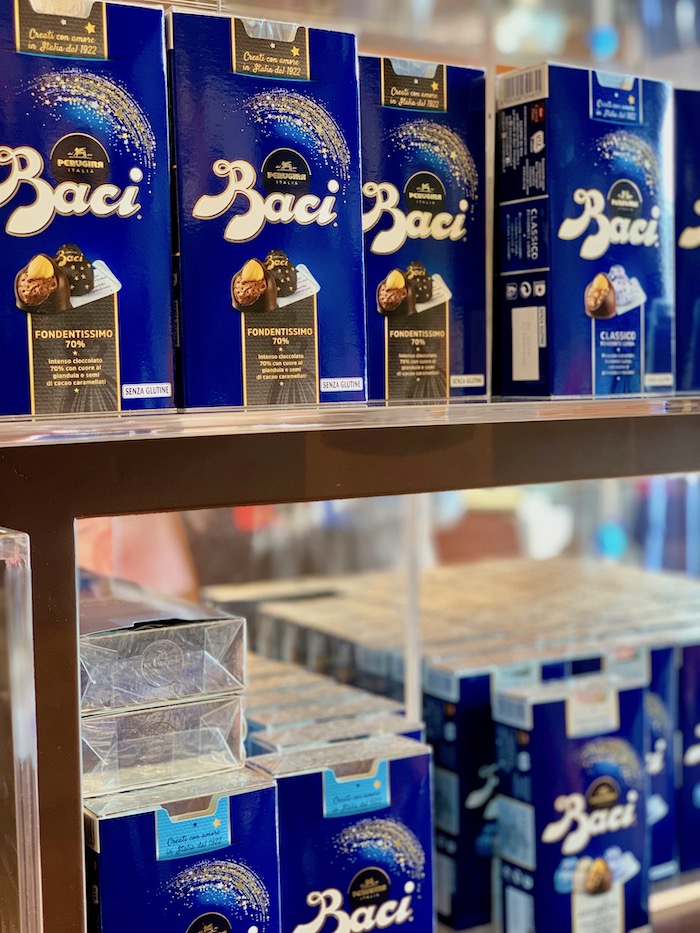 Share
Pin
Tweet
Posted: 15 December 2018/Under: Food and wine, Things to do in Umbria/By: Villa in Umbria