International Women’s day is annually held on March 8 “la Festa della Donna”. But today, March 8 2015, was also the day of the 14th edition of the Strasimeno 2015 ultramarathon in Umbria. You can choose up to five distances: 58 km run around the Trasimeno Lake; the marathon finishing in S. Arcangelo (42,195 km); 34 km San Feliciano, half marathon Passignano sul Trasimeno (21,097 km), and 10 km Borghetto.

The weather was sunny but cold and there was a lot of wind around the lake. Wim van Amerongen, specialist in running marathons, was “special guest” at the Strasimeno 2015. He came from Holland to run a marathon in Umbria. How nice! He already ran a few marathons in Italy: Florence, Rome, Venice, Treviso.. but never a marathon in Umbria.

At the start of the race I saw Wim running in his “Swiss” running clothes. The first kilometer we ran together.

Every 5 km sports drinks, water or fruit and biscuits were available thanks to volunteers from the villages around the lake. It was all well organized!

Everybody can run, nothing is impossible. We even saw an athlete running while pushing someone in a wheelchair, they did the 58km run! This is already an accomplishment in itself but also pushing a wheelchair made him definitely a hero. We also saw somebody running with his cute little dog who seemed to be very cheerful.

It is a beautiful race the Strasimeno 2015. It is only a pity that the route is not always immediately along the Trasimeno Lake’s shores. There are no cycle tracks everywhere, therefor you’re forced to run on the road. Cars did have to give way to the runners now and then. The views are outstanding, the Umbrian hills, the cypress trees, the lake, the islands, the people that encourage the runners. Fantastic!

My finishing time was 2.54 on the 34km race. For me it was an endurance training for the Rotterdam marathon. Wim ran the marathon in 3.51. A very good result!

This is the running track of the 34 km: Start Castiglione del Lago and finish in San Feliciano.

After the race there was a pasta party in the city centre of Castiglione del Lago. It was a day to remember: Strasimeno 2015. Next year we’ll be there again! 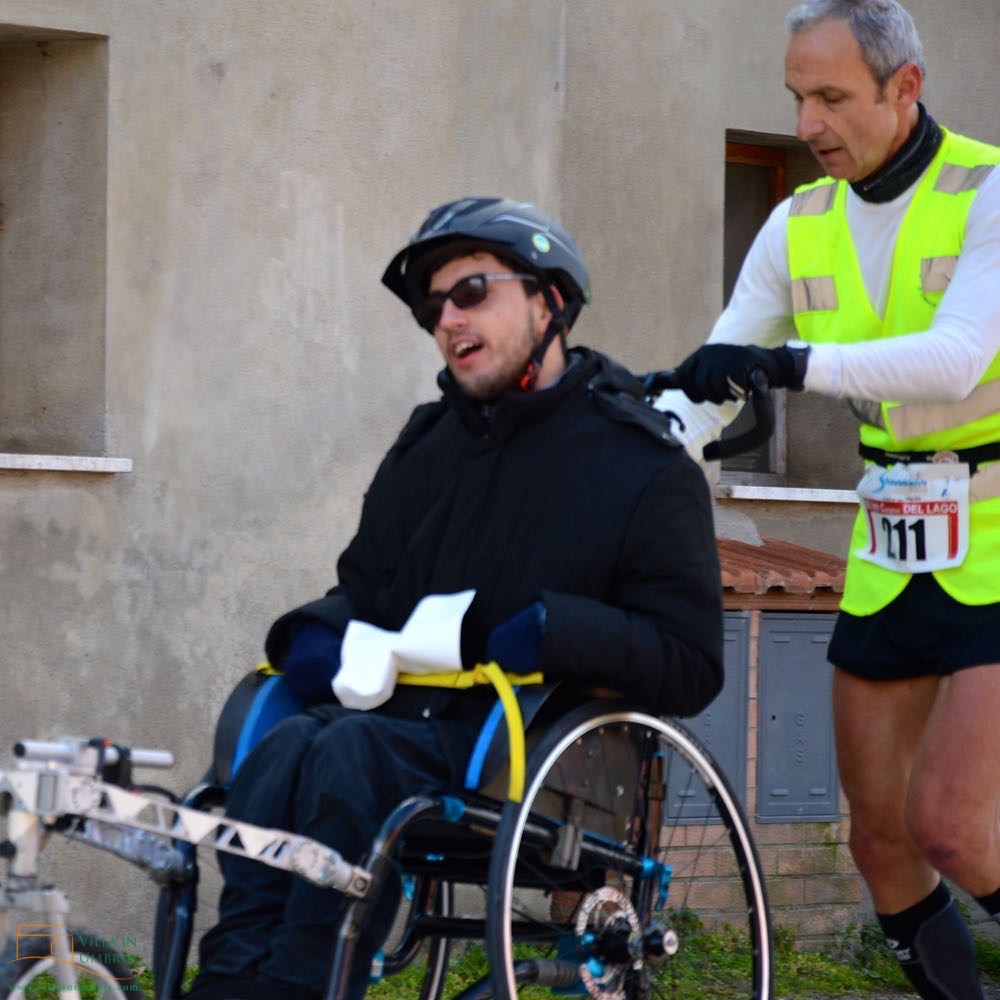 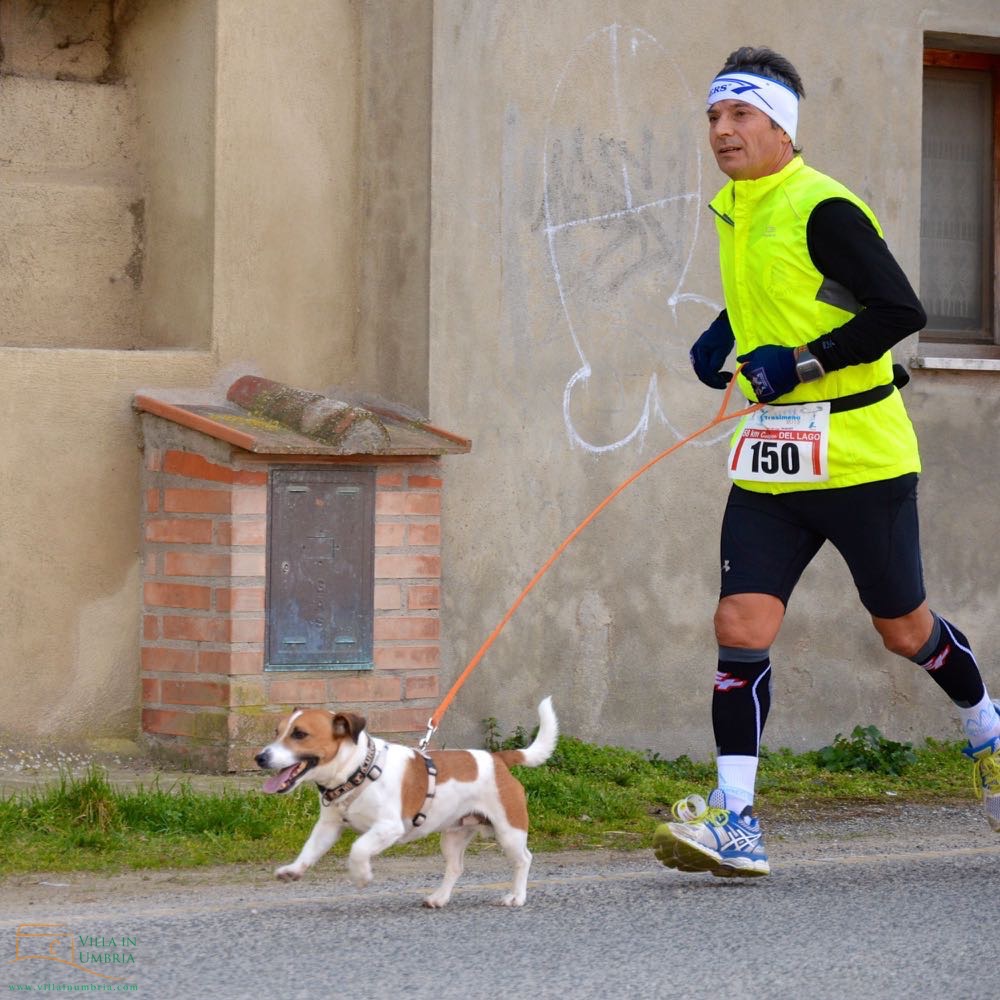 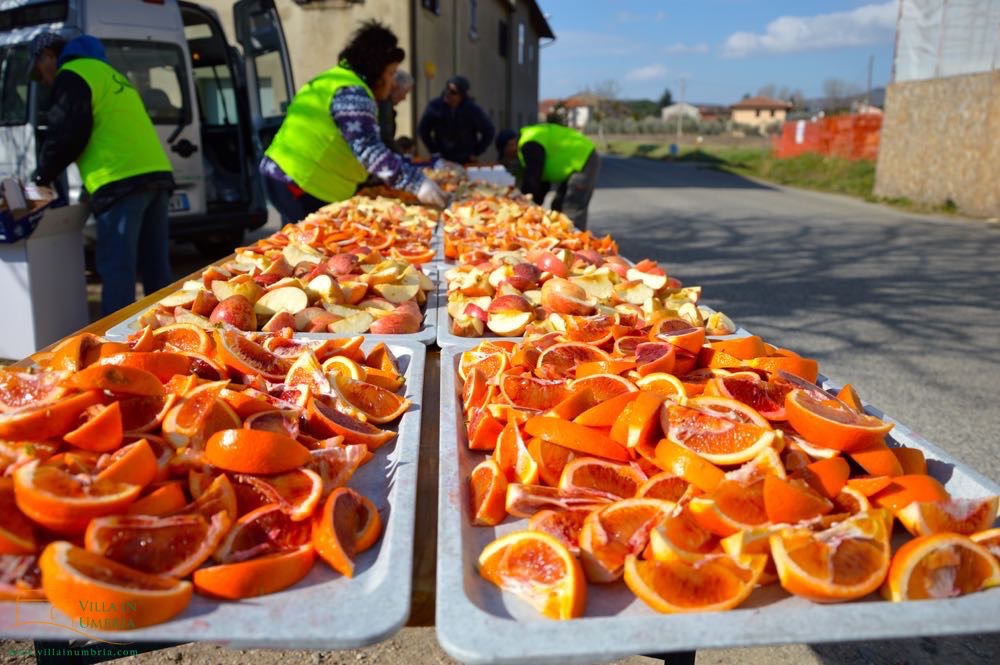 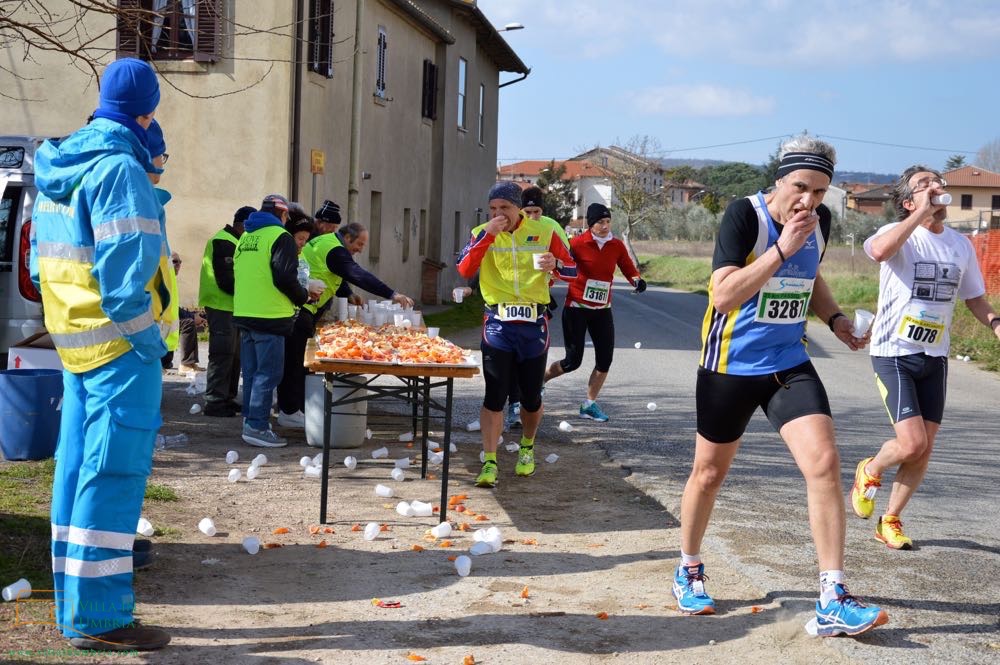 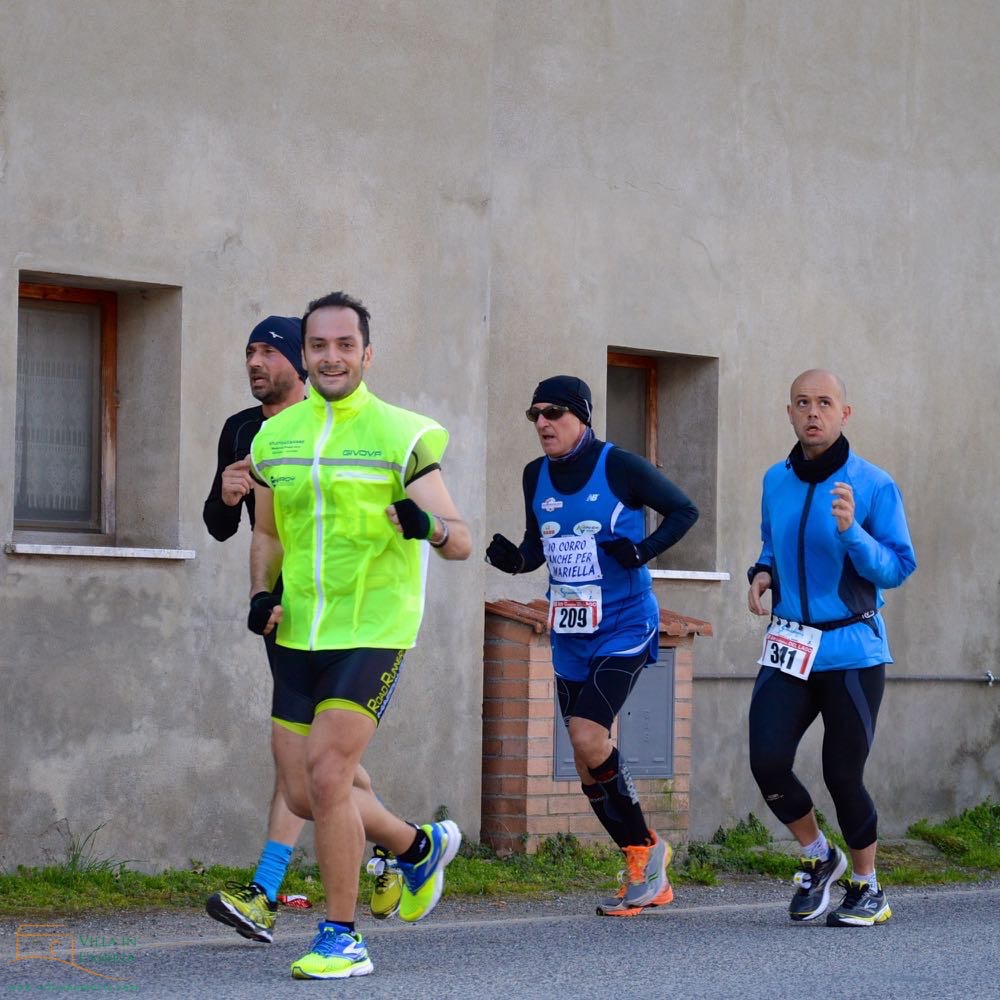 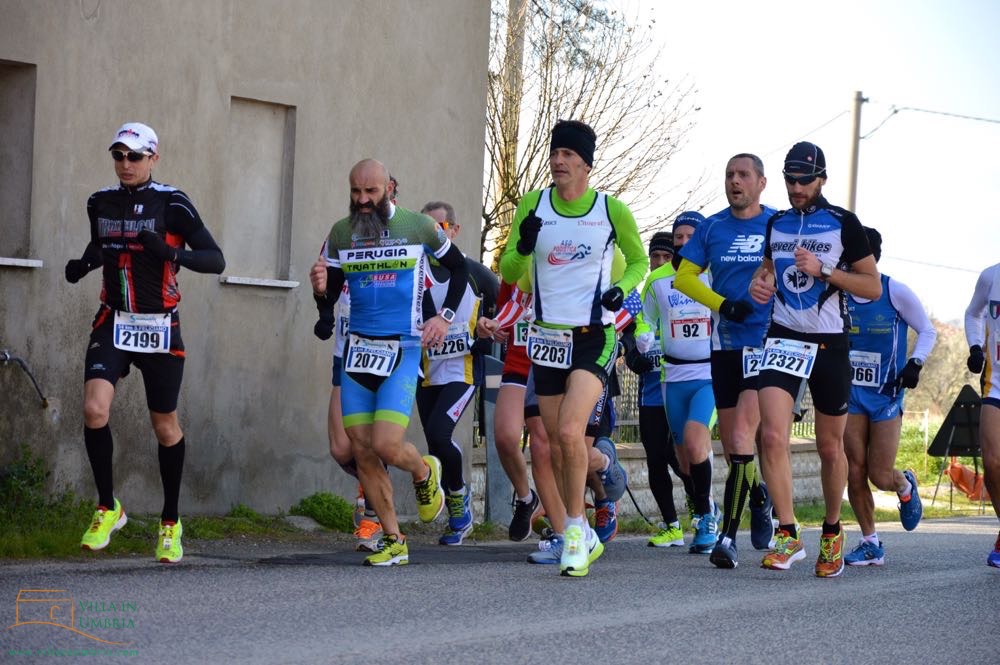 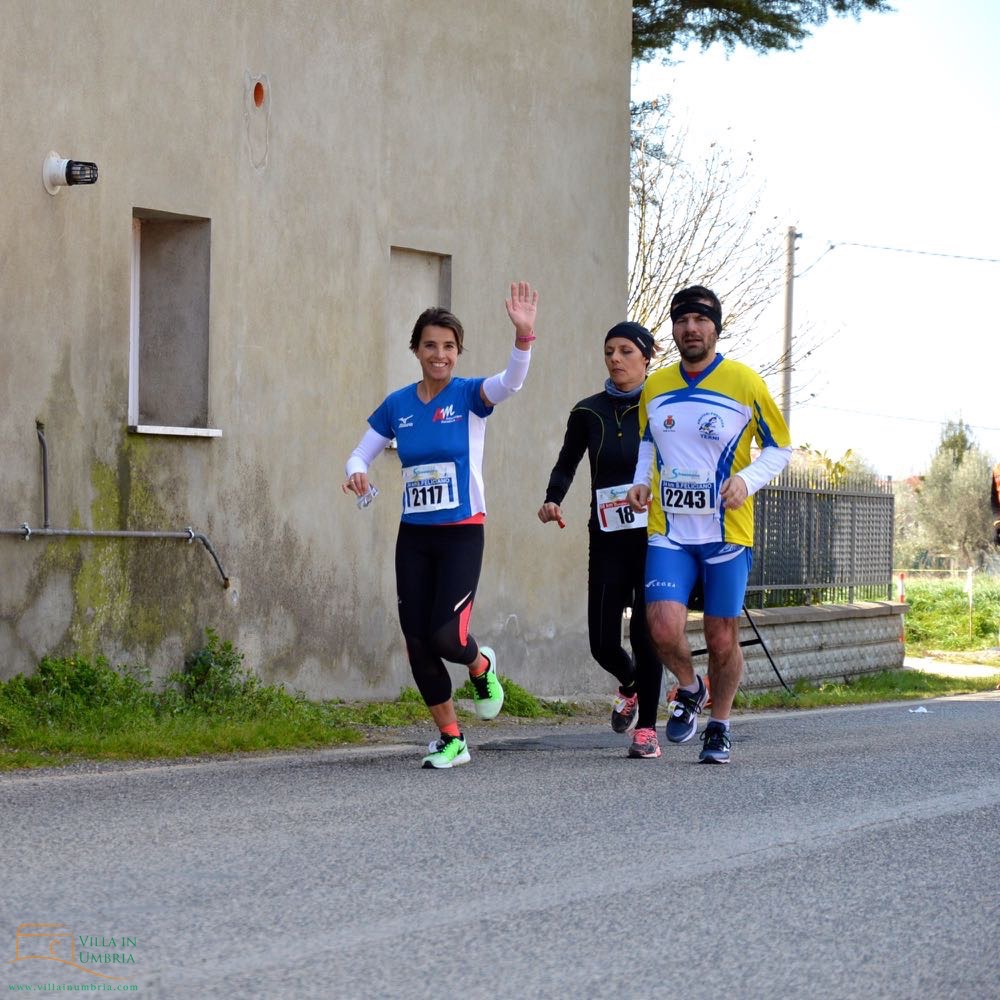 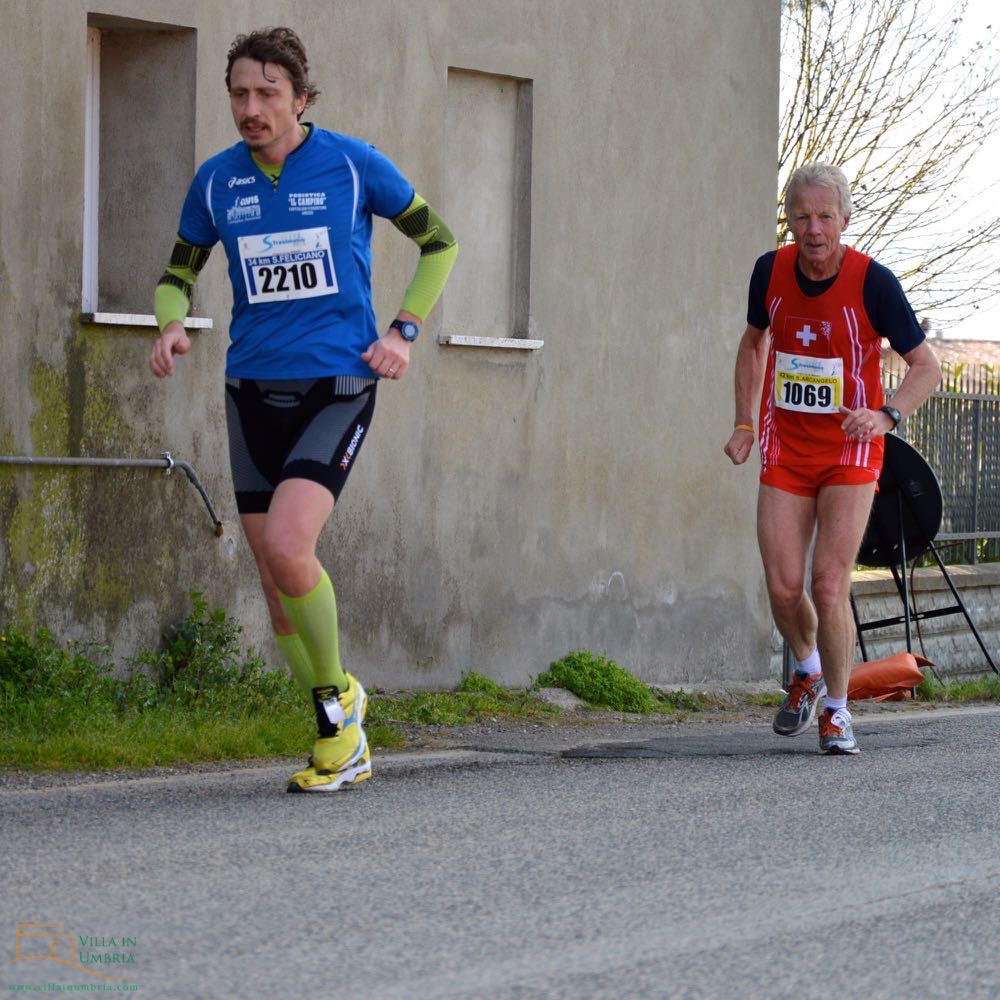