In Perugia, just below the historical center, there’s the Church of San Bevignate, the most important testimony of the presence of the Knights Templar in Umbria. The Knights Templar, commonly known as “the Templars”, were one of the first and most famous Christian chivalrous orders of the Middle Ages. The development of the Templar seat in Perugia started in the 13th Century, after the aggression of the High Tiber Valley citizens to the Templar seat of San Giustino d’Arna. It was built on the site of an ancient Roman laundry (“fullonica”). The remains can be visited during guided tours. 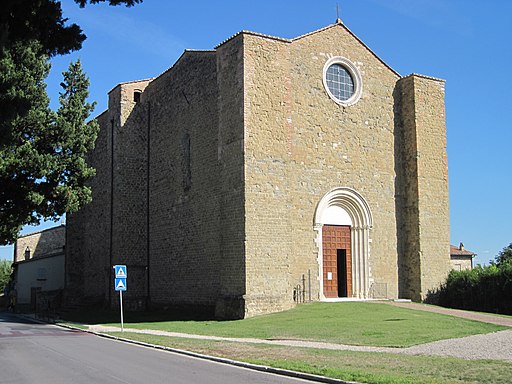 The church and the castle of Monterone

Like many buildings of the Order of the Templars, the church of San Bevignate has a rectangular plan and a simple style. It has two portals with minimal decorations and the popular rumor says that it was connected, through underground passages, to the Monterone Castle. In this castle, nowadays there is “Il Gradale“, an excellent restaurant in a fantastic location surrounded by a romantic atmosphere. You can also stay in one of the medieval rooms of the hotel. It is about 3 kms from the city centre of Perugia. 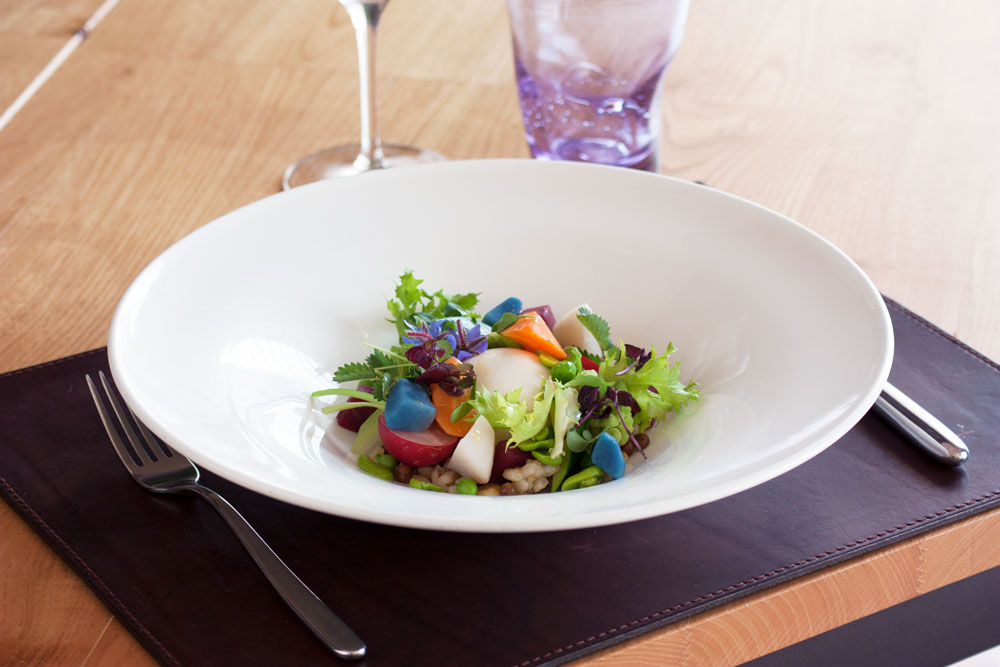 The interior of the church of San Bevignate

The church interior is suggestive and fascinating, rich in frescoes and symbols. It’s possible to distinguish four different hands in the decoration of the walls. Three of these worked on the church during the initial phase of construction (1260-1270).

The fresco decoration is characterized by a first phase in which local painters, in a popular style, inserted symbolic elements common to many Templar sites (crosses, stars alluding to the 9 founders of the order, floral motifs). On the tribune are scenes such as the Last Judgment, the Last Supper, and some saints and civil cults, among which Bevignate and Fra Raniero Fasani, a Perugian hermit probably related to Bevignate himself. 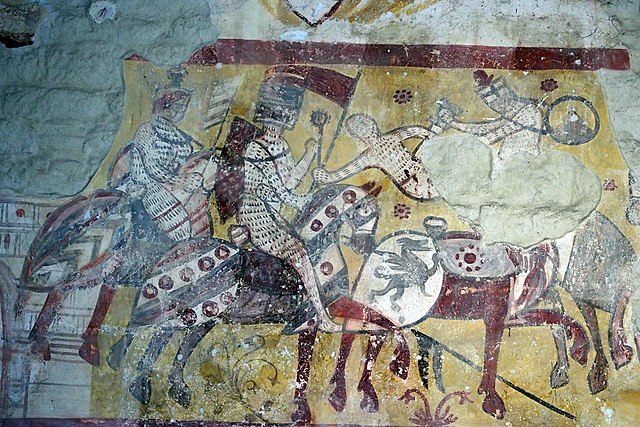 On the counter-façade, we find the real testimony of the art of the Knights Templar in Umbria. The representation shows in the highest point scenes of the life of the knights in the Holy Land. A lion offering its paw to San Girolamo and a battle between Muslims and Templars, where we can clearly see the banner with the classic colors of the “suffering cross”, black on a white background. Around 1280 the cycle of the 12 Apostles was painted, which follow each other around the walls of the apse and nave. Each of them carries a large cross in his hand, a reminder of the order.

Some curiosities about the Knights Templar in Umbria

Specific attention deserves the site where the church of San Bevignate was built, in fact the Templars were particularly attentive to esoteric phenomena. In the area where the church was built, one can distinguish three zones: the first at the entrance, the second in the center and the third in the presbytery.

Those who entered this church had to undergo first a feeling of discomfort, approaching the center of the church this discomfort had to vanish, to turn then, at the presbytery, in well-being. Thus the place of worship, according to the conception of St. Bernard of Clairvaux (inspirer of the Order), was seen not only as a place of regeneration in Christ but also as a physical regeneration. 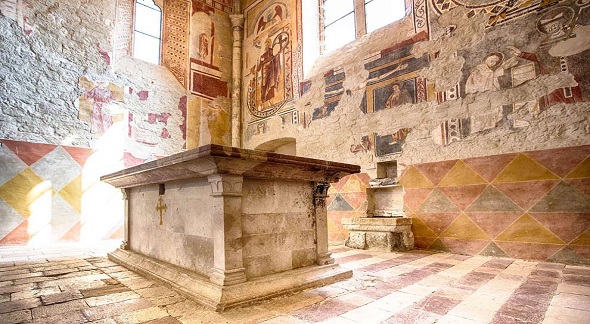 Where is the church of San Bevignate

Nowadays, the San Bevignate church is deconsecrated and temporarily closed for extraordinary maintenance works. We hope it will soon return to its former glory and will again open up to the public.

The address of the San Bevignate Church is Via Enrico dal Pozzo 145, 06126 Perugia.

Are you looking for a place to stay in Perugia? Book a holiday home in Perugia with Alessandro and Isabella.

Sources about the Knights Templar in Umbria

The San Bevignate church in Perugia is also included in the Templars Route through Europe, “Route des Templiers“. This is a European project that unites the places that testify the presence of the Templars in Europe.

Share
Pin
Tweet
Posted: 24 February 2022/Under: Events, music and arts, Restaurants, Things to do in Umbria/By: Villa in Umbria