Saturday the ‘Guide in Umbria’ organised a guided tour in Assisi. This time we explored the Roman. A whole new world!

Assisi became Roman on its own accord. The Romans did not need to conquer the town. It was Umbri (before the Romans took over, Umbria was inhabited by Umbri and Etruscans. Roughly the Etruscans lived West of the Tiber and the Umbri East.

The top part of Assisi is very old. There used to be an amphitheatre. Later on houses were built on top, but you can still see the shape and when entering a Spa, you can see a few of the very old arches. Well preserved. Outside there are remains of old columns and a several inscribed stones were found that make it possible to roughly understand what the situation was like. Furthermore in the San Ruffino church you can still see a Roman cistern, the tower was build on top but when entering the church on the left you can see it.

Further down in Assisi there are numerous other Roman remains until you reach the temple in the main square. Very well preserved. Do visit the museum and walk under the current square to see more remains and really understand what the square used to look like all those years back. It is amazingly different from what you see now and must have been very impressive at the time. 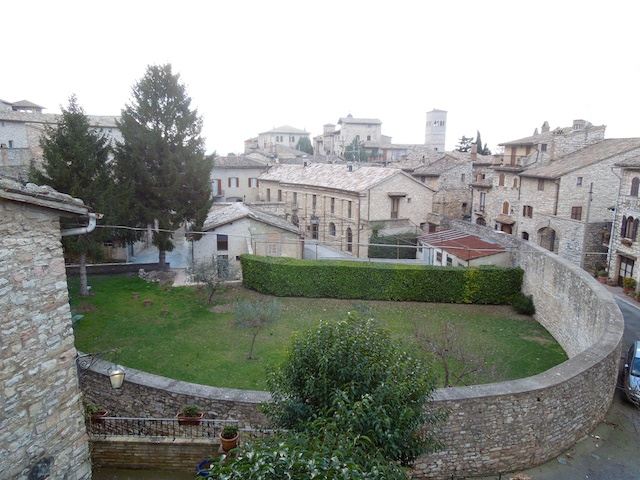 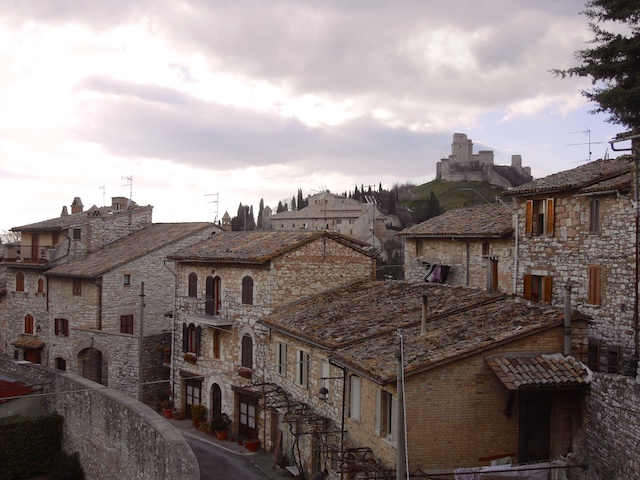