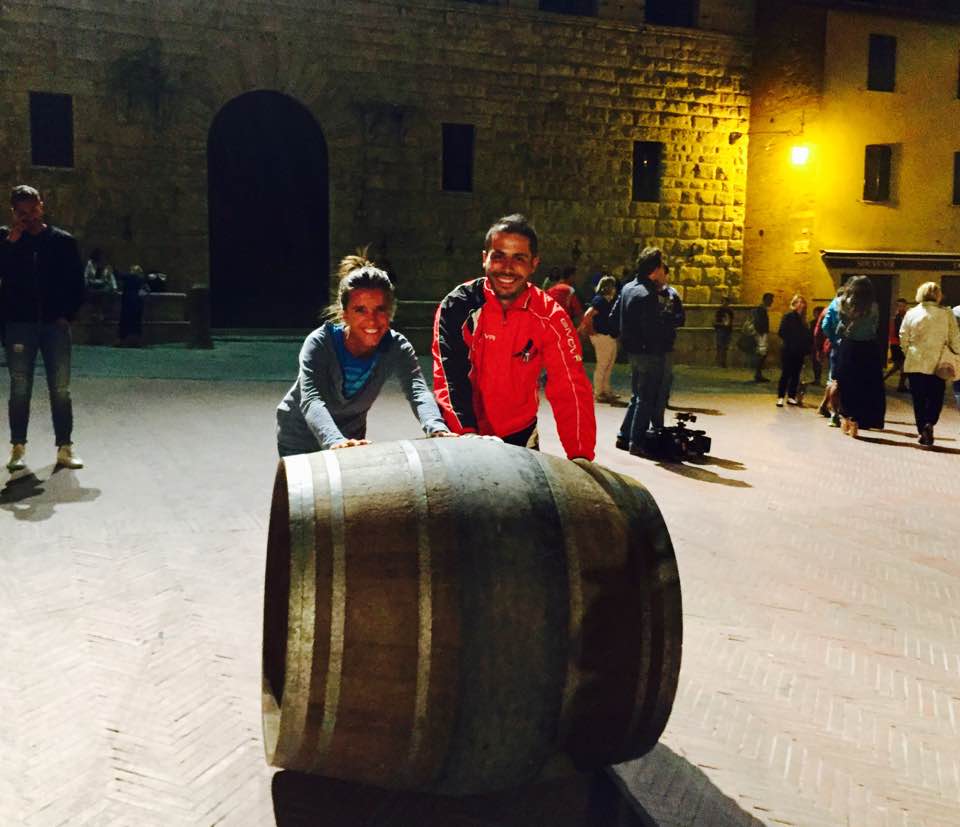 The Bravio delle Botti or the race of the barrels, is an annual race in Montepulciano Tuscany on the last Sunday of August. The Bravio used to be a horse race, but since Montepulciano is famous for its Vino Nobile di Montepulciano in 1974 the idea was born to run with wine barrels instead. The different quarters of Montepulciano compete against each other to win the “Bravium”, a painted banner of the patron saint: San Giovanni Decollato. 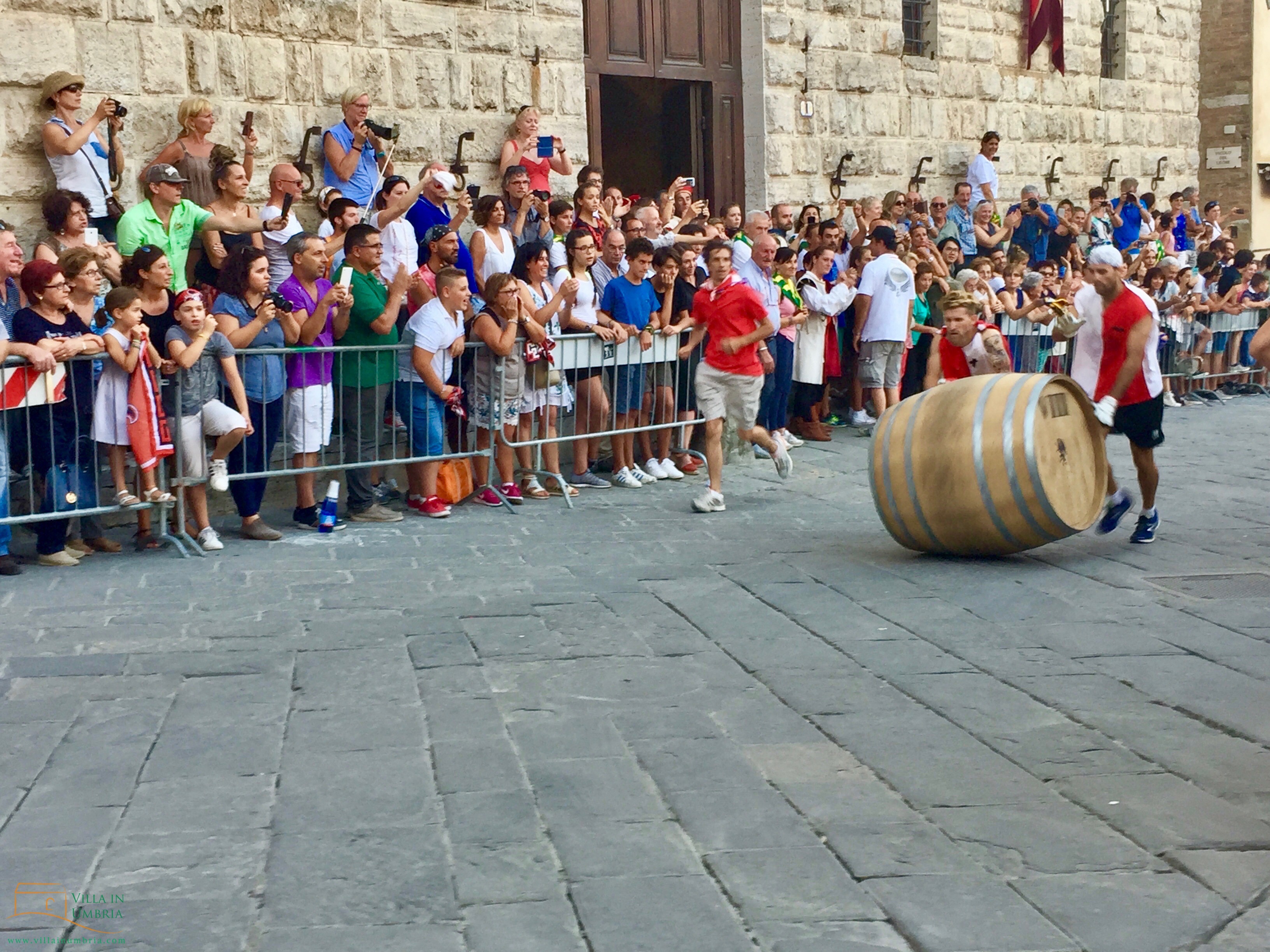 The weight of one wine barrel is 80 kg. During the race the pushers, spingitori, push the heavy wooden wine barrels for 1.8 km uphill along the medieval streets of Montepulciano.

In the last week of the month of August many activities are held anticipating this event. Montepulciano is decorated with flags of the different quarters of town, the contrade. In the evenings the barrel pushers have their training in town and the tavernes of every contrade serve traditional dishes and local wine. 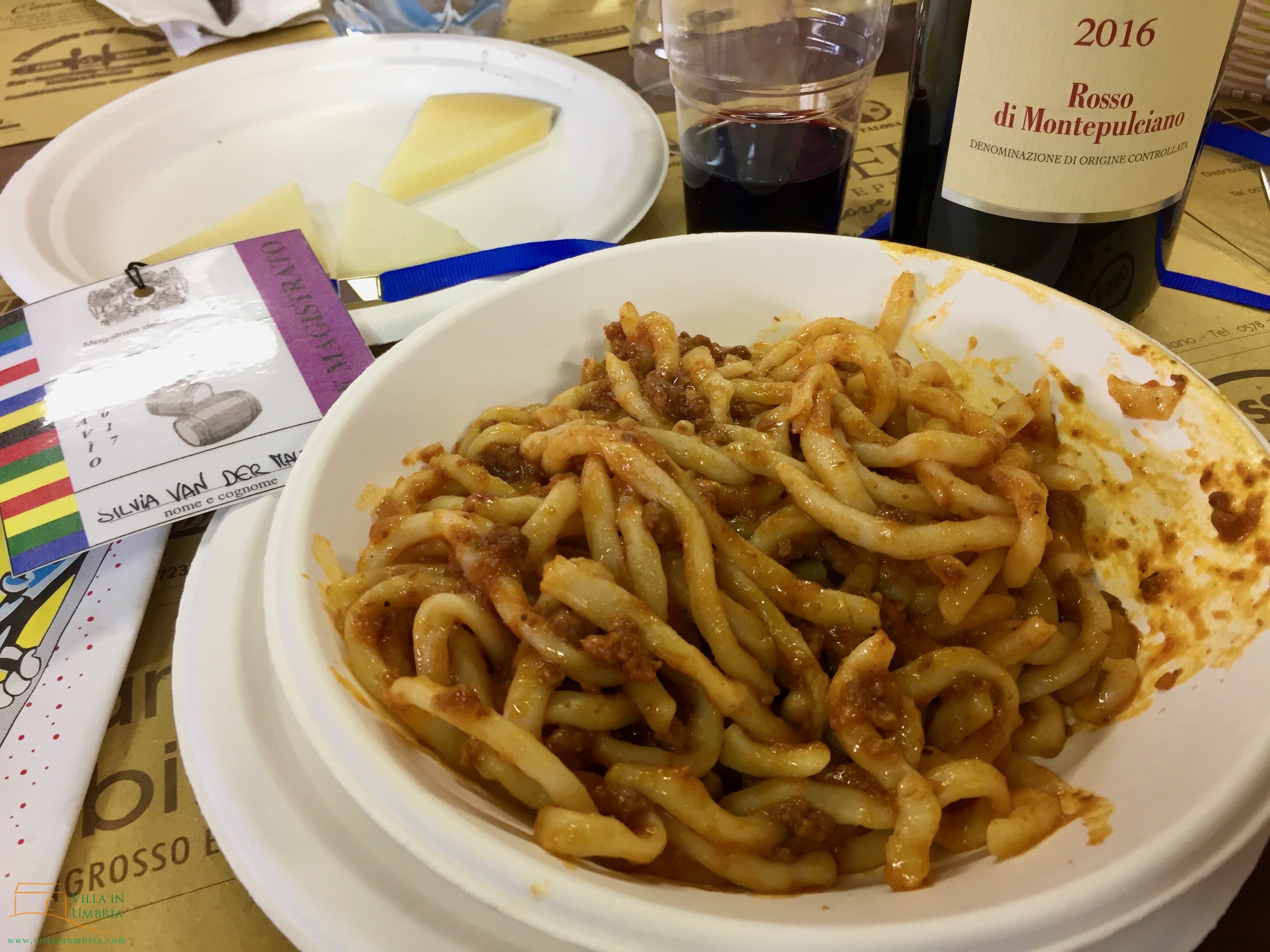 On Thursday evening is the costume parade in the historical centre, the “Corteo dei Ceri”, organised by all eight contrades. Flag wavers, drummers and participants in costume present life from a past long gone. The piazza is crowded with people watching the beautiful performance. This evening ends with exciting fireworks. 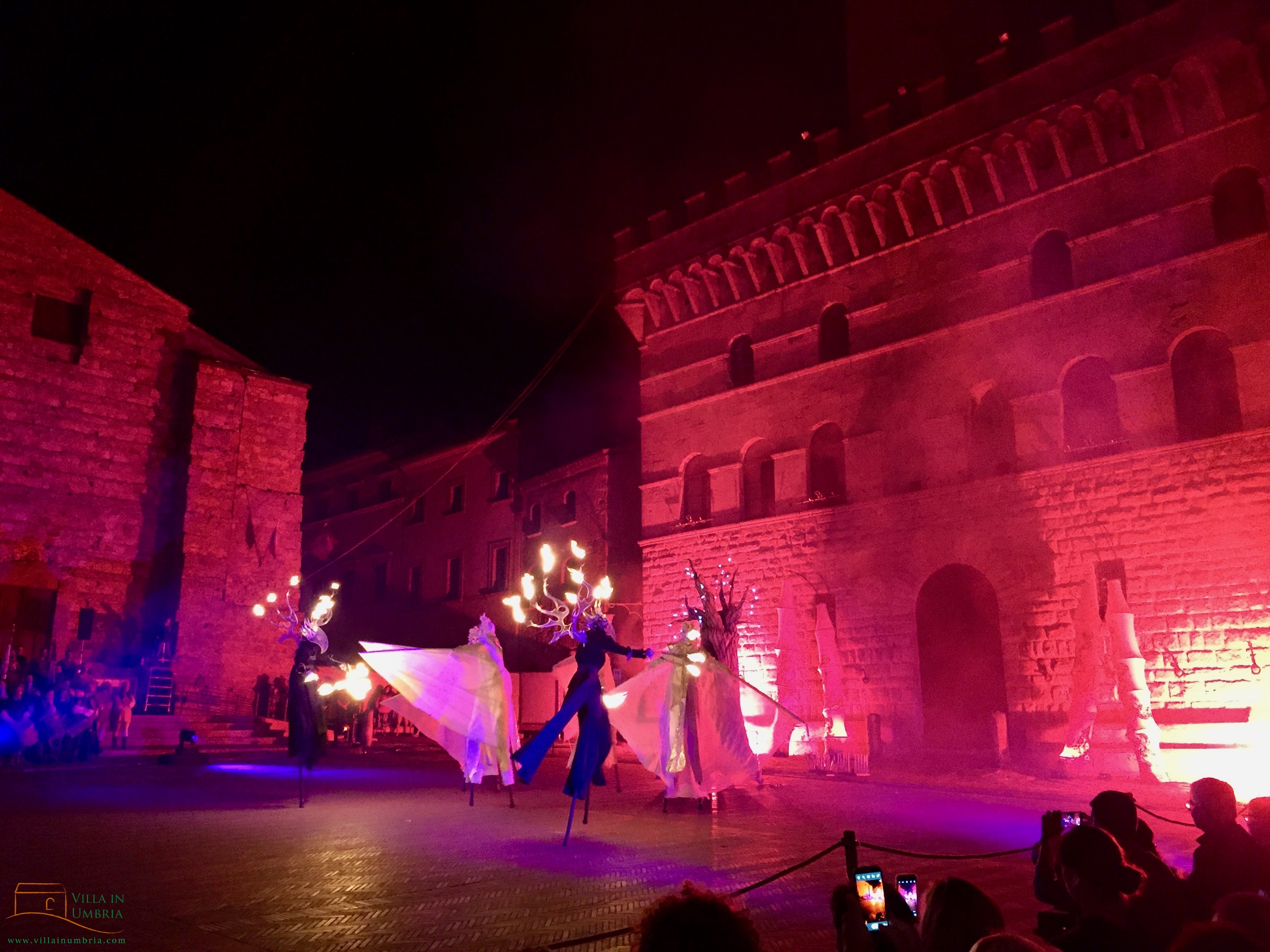 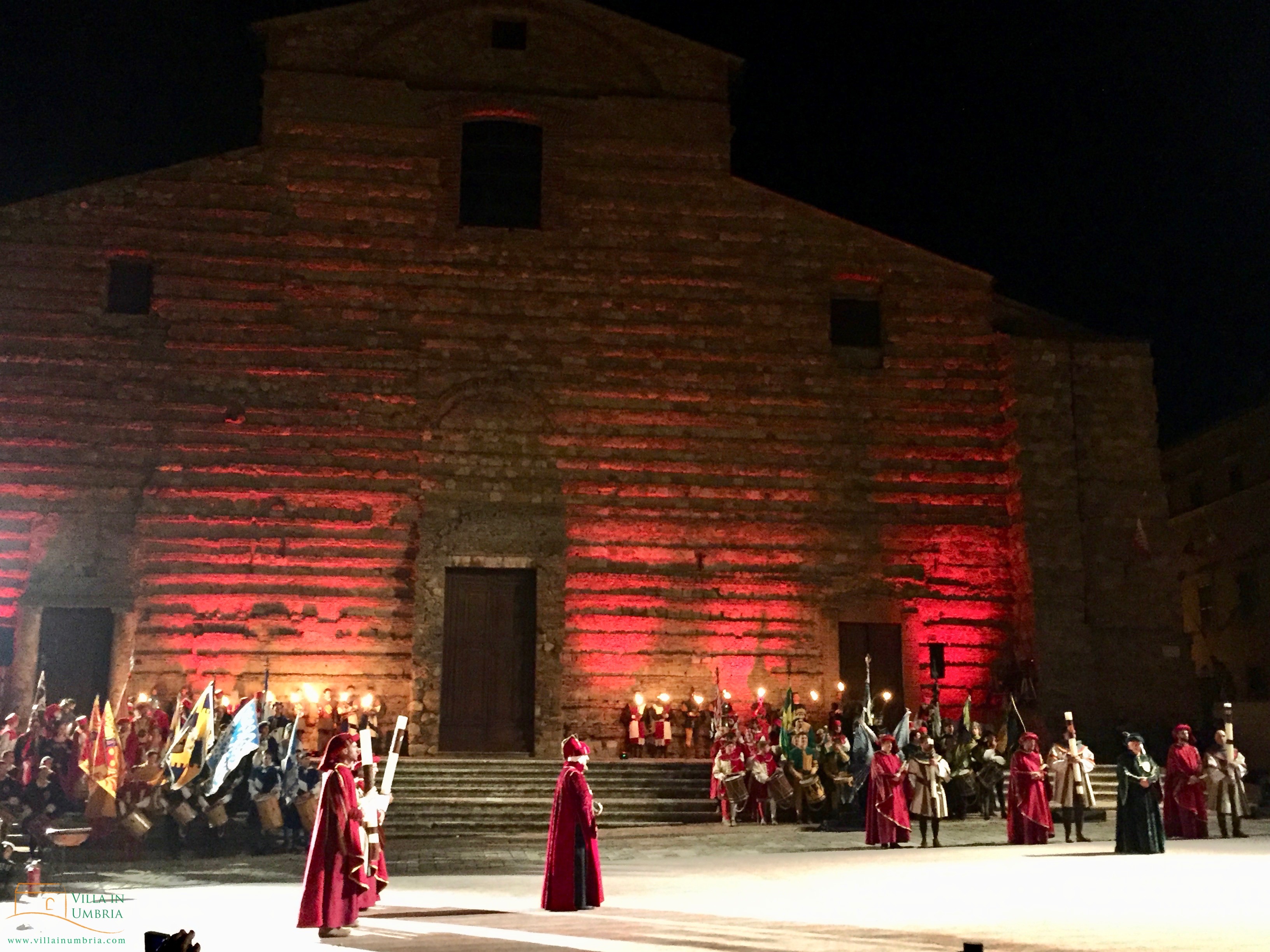 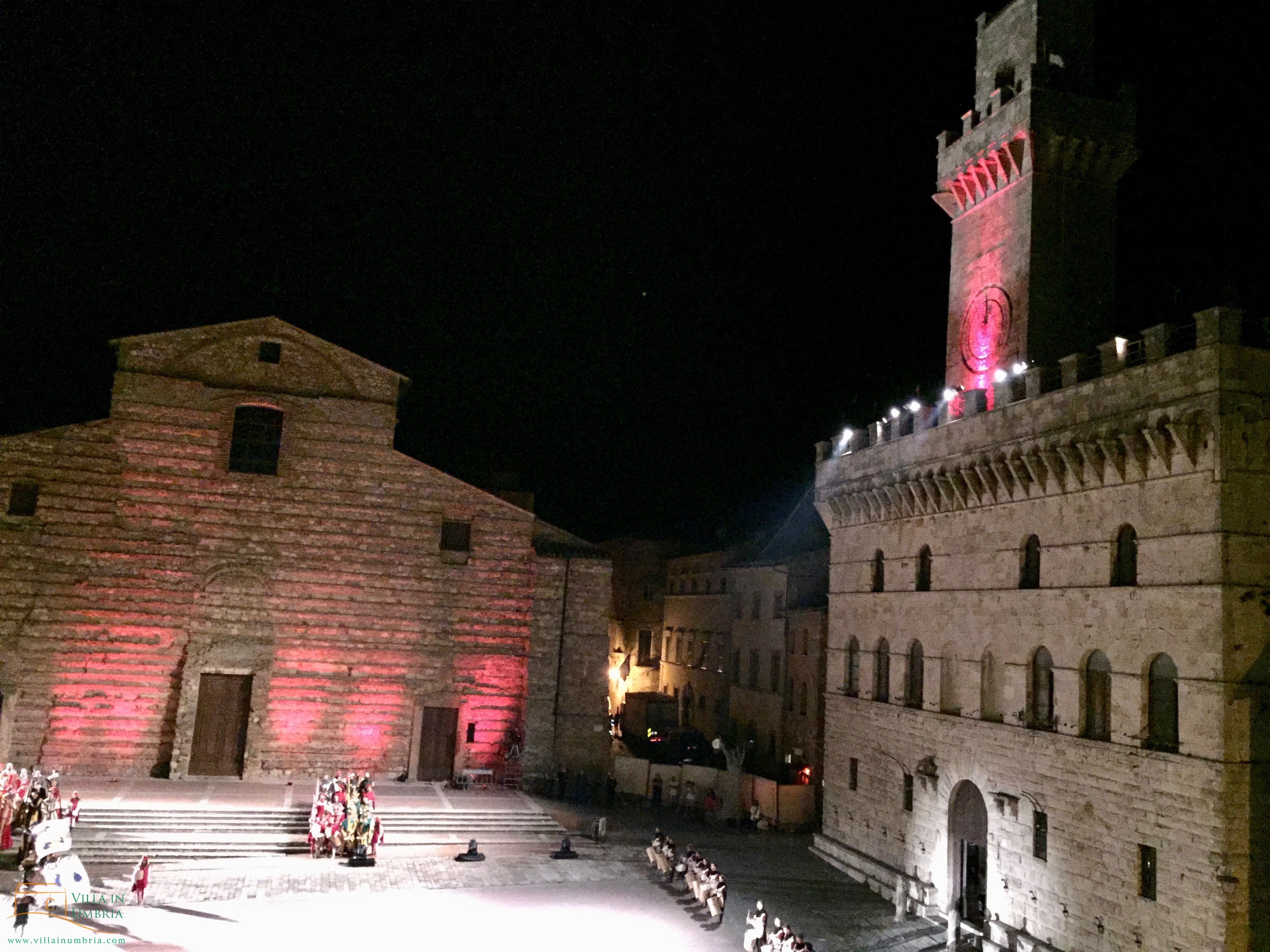 The Bravio of the Barrels, the run itself, is always on Sunday. The most important race during this medieval event. It is a moment of real competition between the eight contrade. The start of the race is at the Colonna del Marzocco in the lower art of town and the finish is on the Piazza Grande.

Before the race is the historical parade, starting at 3 p.m. The two runners of each district have a warming up while the parade departs from the Colonna del Marzocco to the Piazza Grande. 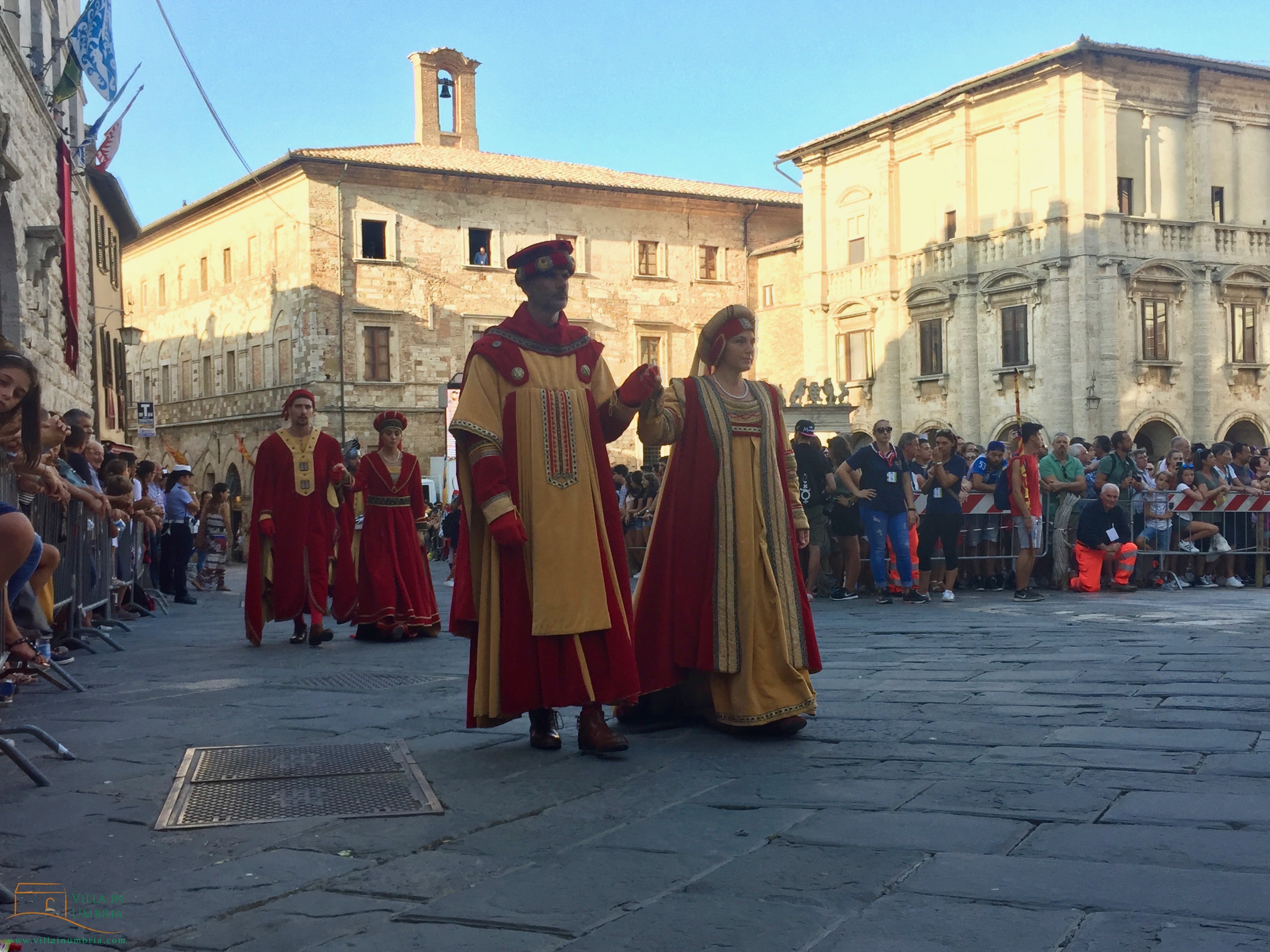 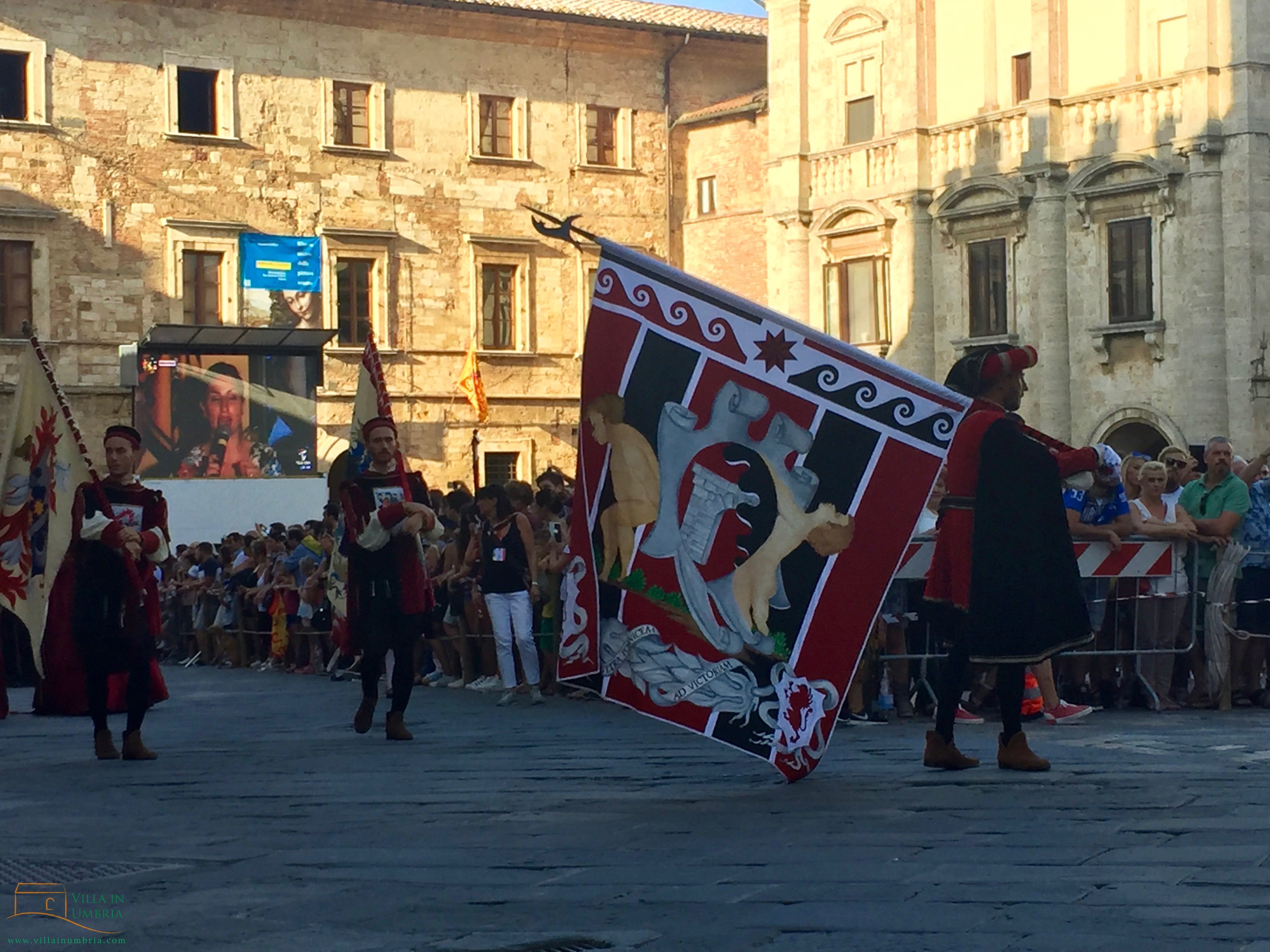 After the start signal the districts run away very fast with the heavy barrel. Many residents run along to encourage the spingitori to keep them going. On the huge display on the Piazza Grande you can follow the race every second. It is really exciting! 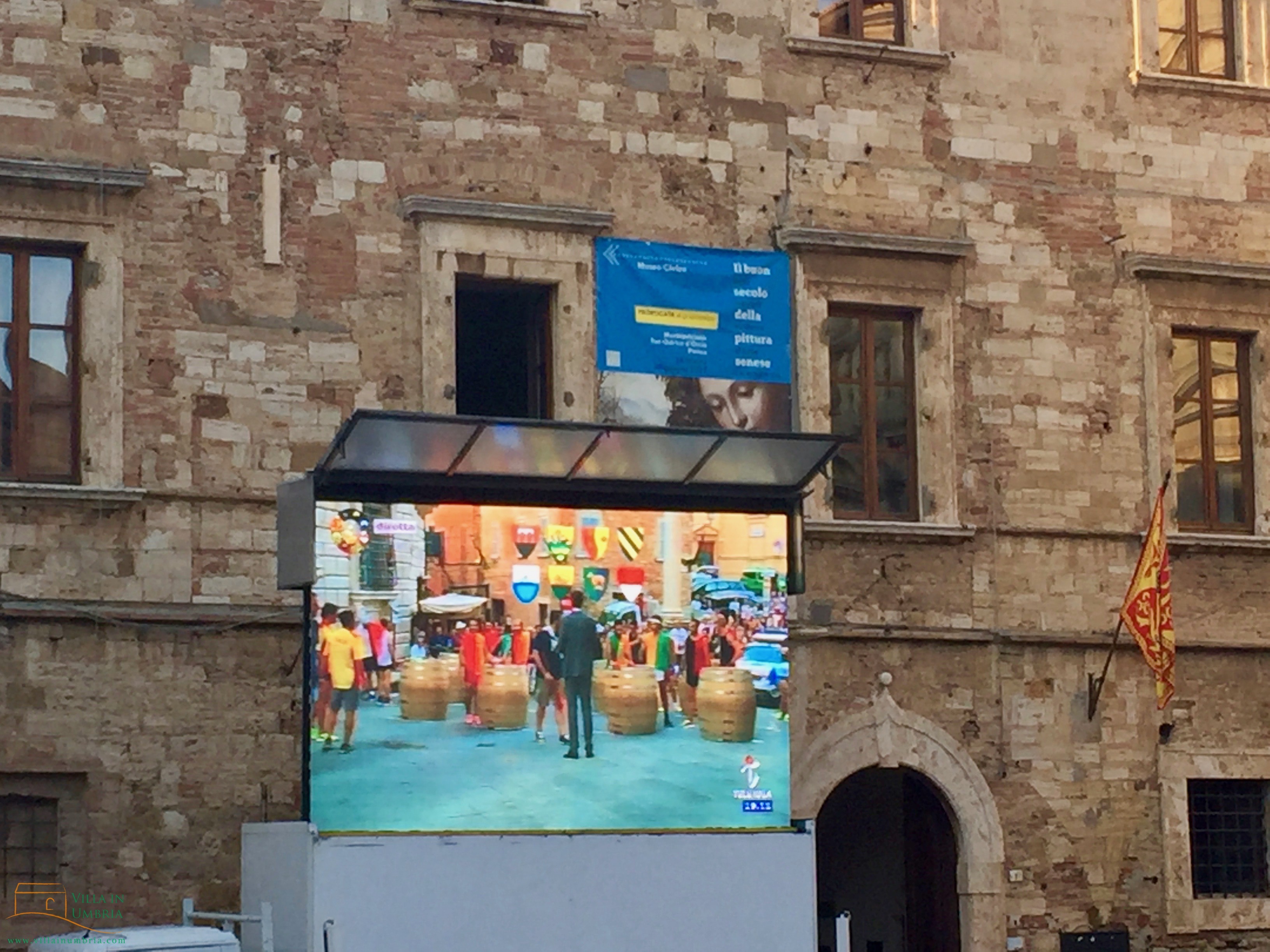 Voltaia won the race of the Bravio delle Botti 2017. They ran in 8.34 minutes. Al other districts arrived after 9 minutes with the last one being Cagnano with 9.48 minutes. You can just imagine the excitement of the public with such little difference between the participants.

The locals of the districts screamed and were full of emotions during the race. Even if their district didn’t win, they are proud of their pushers. The Bravio always ends in a good atmosphere. Everybody eats and drinks together to celebrate the Bravio.