Near Todi is Monte Castello di Vibio. This small hamlet is on a hill top of 422 meters. It is also called the balcony of Umbria because of its position and unique views of the hills of Umbria and the Tiber valley. Monte Castello di Vibio counts 1600 citizens.
The village still looks like a medieval walled hamlet. Of course it has a main square with its church but there are also small alleys with some local shops, a bakery, a butcher, a post office and one bar. 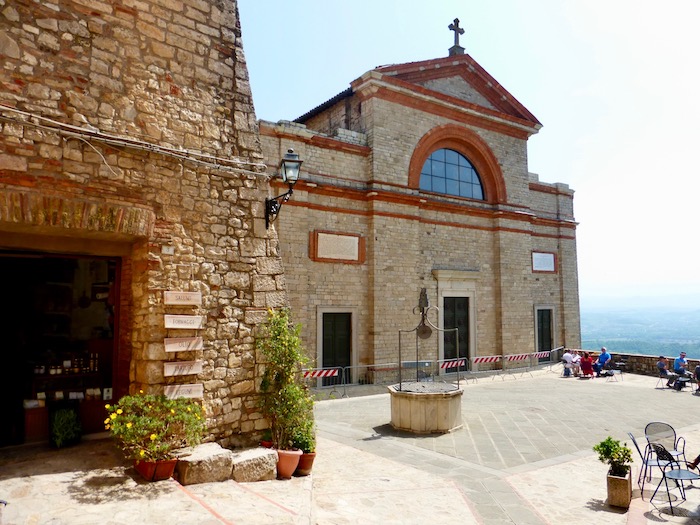 The smallest theatre of the world, il Teatro della Concordia is the soul of Monte Castello di Vibio. Its inhabitants are proud of their theatre. After the latest restorations in 1993, the municipality called the theatre officially “the smallest museum of the world”. 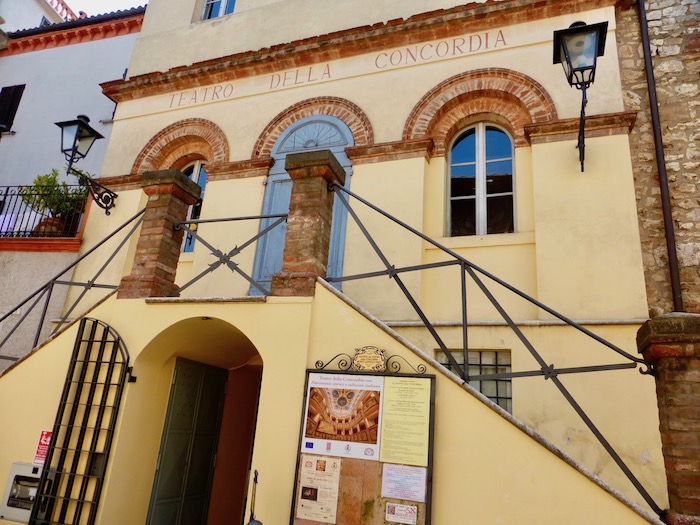 This theatre has a capacity of 32 spectators on the main floor and 67 in the stalls. Il Teatro dell Concordia has been designed in 1789, during the French post revolutionary period and it was finished in 1808. The theatre is made entirely from wood: the foyer, the ceiling, the walls and the back drop of the theatre.

The interior of the theatre has been decorated by Cesare Agretti, originally  from La Spezia. Years later in 1892, Luigi Agretti, the son of Cesare, frescoed the masterpiece on the ceiling and the foyer in the theatre. The frescoes on the ceiling are the eye catcher of the museum. It took him 3 months to finish the paintings. 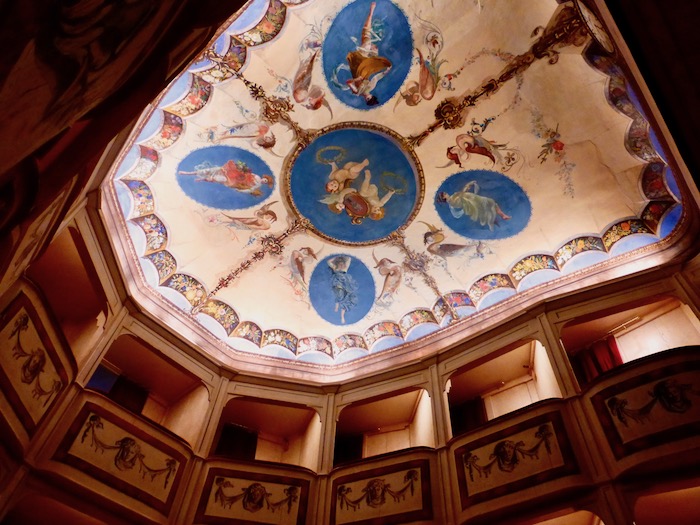 Nine rich families of the town owned the theatre. They wanted to give their people more cultural activities. In the central area the decorations with names on the boxes aren’t the names of the families but the names of famous theatre players and actors. The families didn’t want to have their names on it, because they changed boxes at every concert or show. 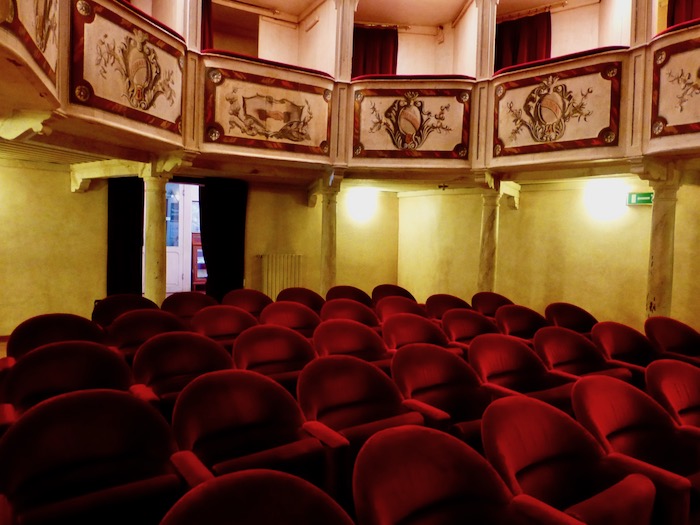 On stage many famous actors and stars performed, even during the Second World war. Since 1951 the theatre has been closed for a considerable time. It had deteriorated and for safety reasons the theatre wasn’t able to reopen.

In 1981 small companies, (local) families and municipalities decided to invest in the reconstruction of this small wooden theatre. Since 1993 the theatre has been reopened to the public. 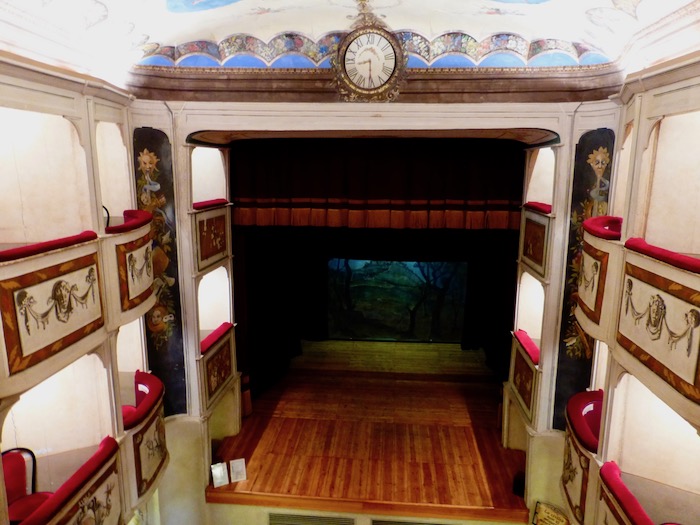 It is still an intimate and unique place. Shows, conferences, concerts and weddings are  held here. One can also visit the theatre with a local guide. During the low season the theatre is only open on Saturday and Sunday. In the high season the theatre is open every day. The price is 5 Euros per person, and children under 18 years old are free. If you come with a group of more than 15 people, the price will be 4 Euros per person.

Outside the city walls is free parking from where it is a 200 meter walk to the centre of Monte Castello di Vibio. The signs show you the way to the smalles theatre of the world: Teatro della Concordia.