Perugia is a lovely city with many cosy squares and tiny alleyways. It is the chocolate-capital of Umbria. In the historical centre you can’t miss the antique churches, parks and medieval buildings with nice boutiques, good coffee bars and many shops.

Perugia houses the most important art history museum of Umbria: La Galleria Nazionale dell’Umbria. This museum has magnificent works, including important paintings ranging from the 13th to the 19th century. A visit to this museum is a must for Renaissance art lovers.

The museum is in the medieval building “Palazzo dei Priori” on the main street Corso Vannucci 19 in Perugia. The entrance is on Corso Vannucci through a thirteenth-century portal, decorated with the symbols of the town of Perugia, the statues of the griffin and the lion. 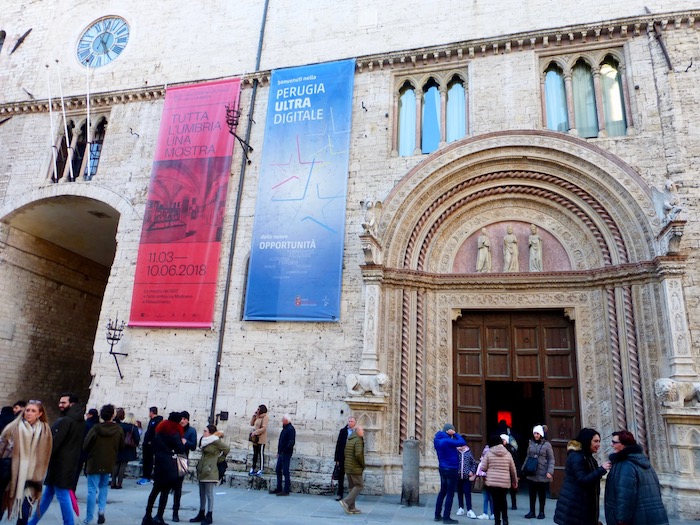 The Palazzo dei Priori is built between 1293-1443 in Gothic style. This building houses the City Hall, the Sala dei Notari and the museum itself is on the upper floors. To get there one can take the stairs, but there also is an elevator.

The museum in Perugia includes various masterpieces from the Middle Ages and Renaissance. Much space is given to Umbrian painters: Il Perugino, Pintoricchio and Caporali. The works range from painting on wood, canvas and murals, to sculptures in wood and stone to goldsmith’s art and fabrics. The itinerary starts with the collections of the Middle Ages and Renaissance. 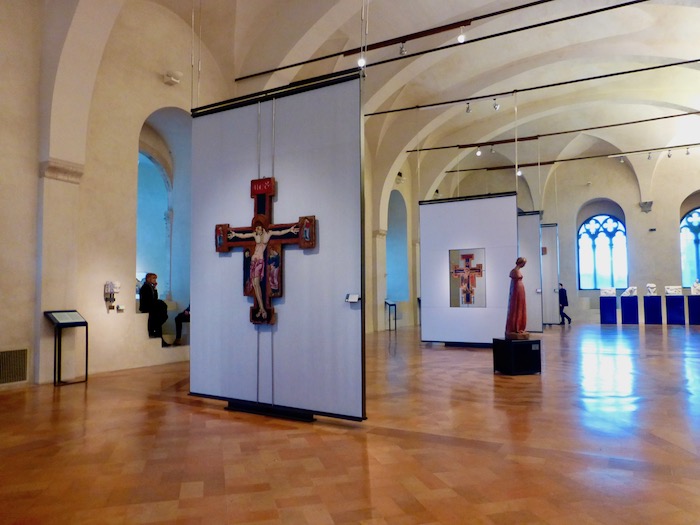 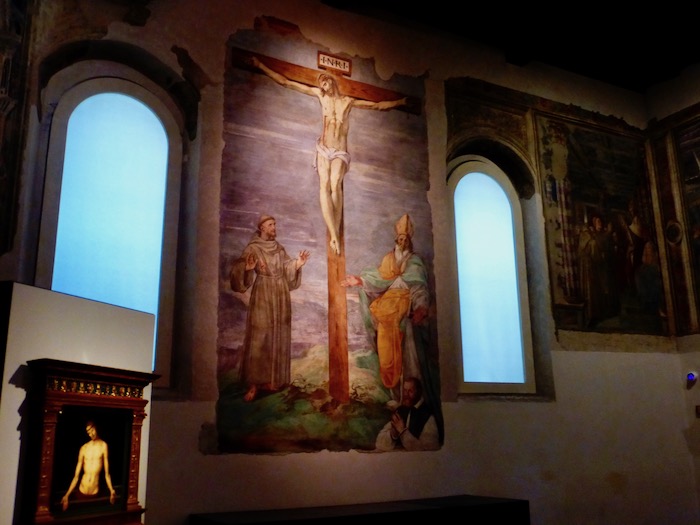 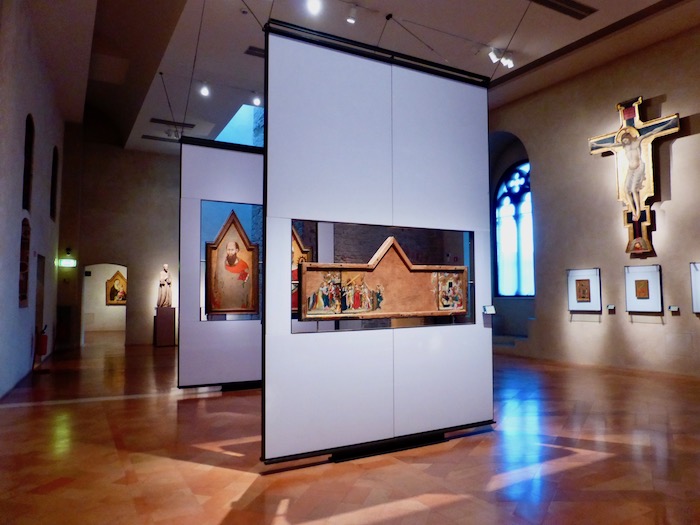 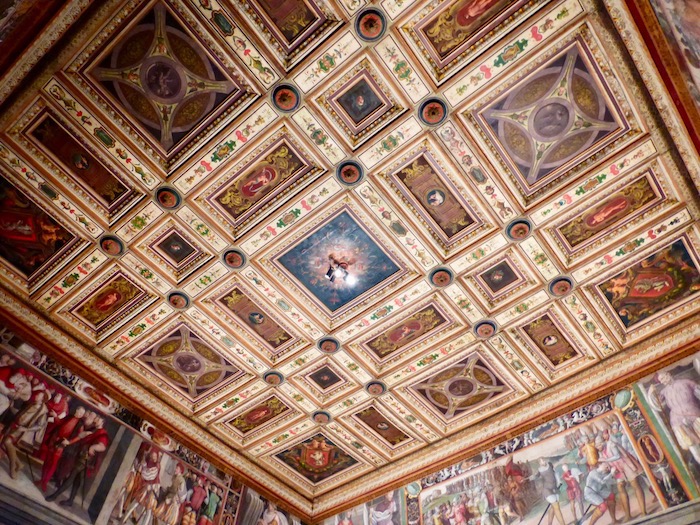 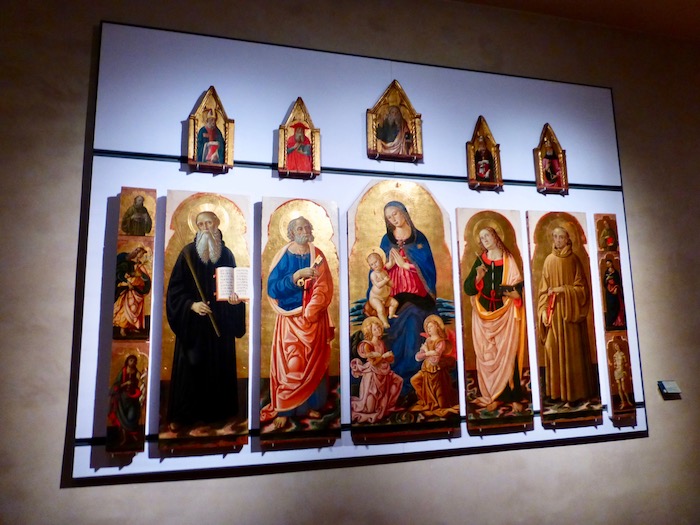 A wonderful masterpiece created by Bartolomeo Caporali “Madonno col Bambino e Angeli entro una ghirlanda” which means “the Virgin with child and Angels in a Garland”. This painting is completed between 1470-1479. 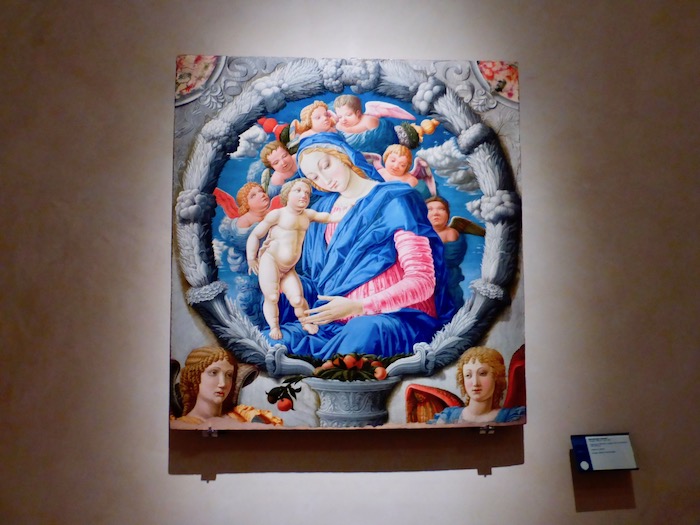 If you want to see some other masterpieces of Piero della Francesca, in the museum Uffizi in Florence one can admire the famous portrait panels of Battista Sforza and Federico da Montefeltro.

The itinerary in the museum continues with paintings and sculptures from the 17th, 18th and 19th century in Umbria. It is a wonderful museum “La Galleria Nazionale dell’Umbria” and worth a visit when you’re in Perugia. During the year there also are special exhibitions, keep an eye on the museum’s website to know more about these.

After a visit to the museum we have a nice tip for an authentic espresso: the “Sandri” bar. Sandri is in the city centre and has a long history dating back to 1860. It originally was a Swiss family. Their chocolate and coffee are of high quality. Sandri is just on the opposite side of the museum in the Corso Vannucci 32. Don’t forget to look above your head in the bar. The paintings on the ceiling are amazing!