In this blog we share our experience in a great restaurant in Montone. Montone is a medieval hilltop village in the North of Umbria and must be one of the most beautiful villages of Italy. From its ancient walls one can admire the green surroundings and wonderful nature. Montone is a peace of heaven and for those who love walking, food and culture, this village is the place to be. Montone is 100% Umbria guaranteed. 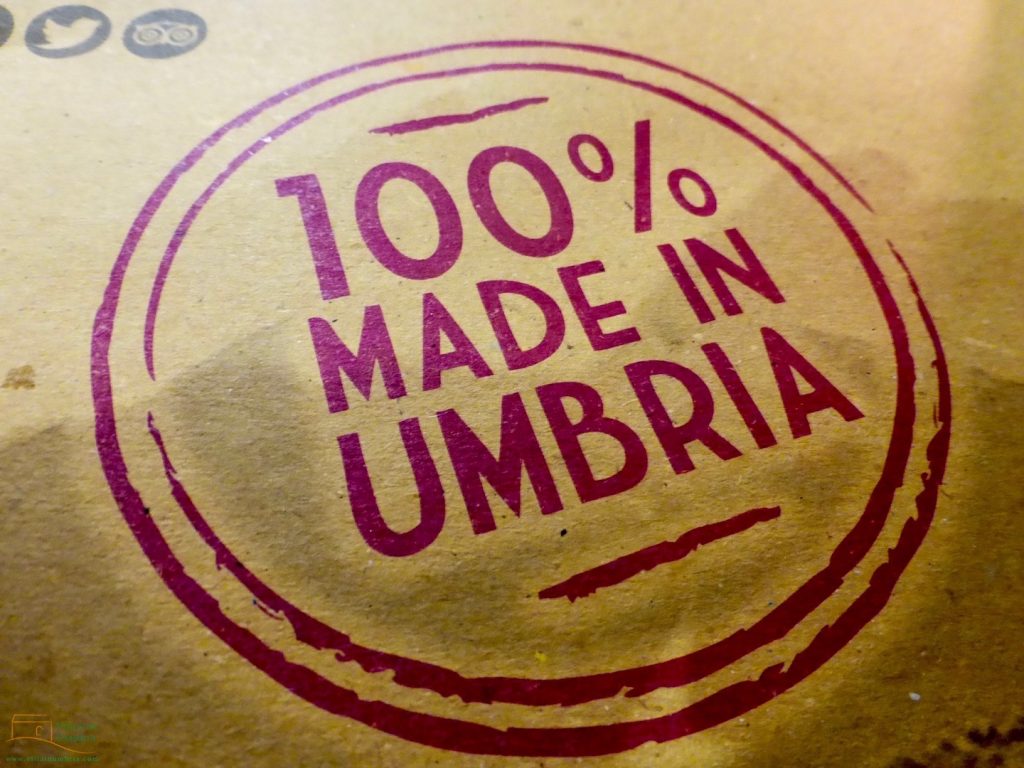 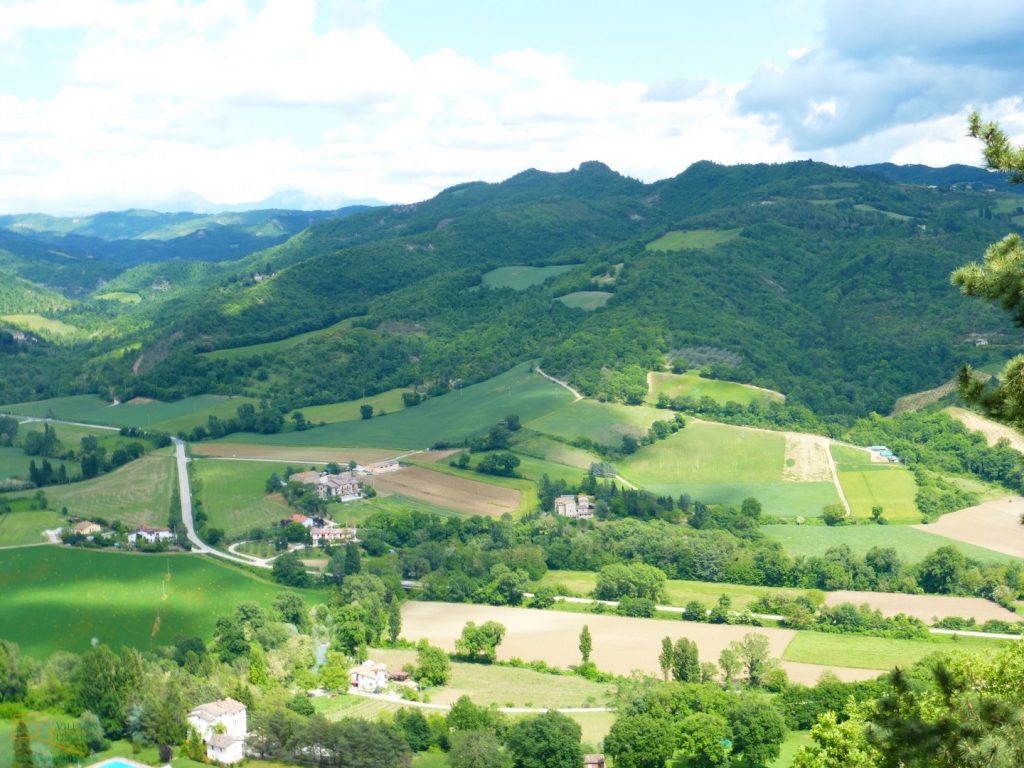 Close to Montone we rent elegant holiday houses with swimming pool and tennis court: Montone Rental. On a Sunday afternoon I decided to have lunch in Montone and Filippo, the owner of the property, suggested to eat in this typical Umbrian restaurant in the historical centre: Osteria dei Sensi – Tipico Montone, just off the main square The regional products they offer are of high quality and the service is fantastic.

I had a friendly welcome by the waitress. Inside the restaurant the atmosphere and decor are cosy and lovely. One finds a large selection of Umbrian wines, olive oils, different kinds of honey and a dried ham of Norcia ready to be cut in slices with a sharp knife. Very typical!

In general the Umbrian cuisine is similar everywhere, but still you will never eat the same pasta dish. The menu differs and a good cook is able to give its own flavour.

Paolo, the owner of this restaurant, helped me through the menu and brought me two different kinds of Umbrian olive oil to taste. He is 100% “umbro” and he explained each typical dish. It was not easy to make a decision but I always prefer to eat the daily dishes recommended by the chef, rather then choose from the menu myself.

As a starter I chose the Chianina carpaccio, and as main dish the bringoli with wild asperges from the area. Bringoli is a local pasta from North Umbria, comparable with thick spaghetti.

A good glass of red Umbrian wine was the best choice to combine with the meat and pasta. The wine came from Montefalco, it was a blend of Sangiovese, Merlot and an other type of grape from which I have forgotten the name. Very good!

The taste of the Chianina carpaccio was delicate, it melted in my mouth. The Chianina cow is typical from this area: Lake Trasimeno, Cortona, Montepulciano and North Umbria. The dressing was pure, only with salt, peper and Umbrian olive oil, the “Moraiolo”, which I love most. The pasta instead was cooked al dente and the asparagus sauce was delightful.
A very good choice in Montone; I enjoyed the dishes I ordered and the service was great. I would highly recommend this restaurant when you’re in Umbria. 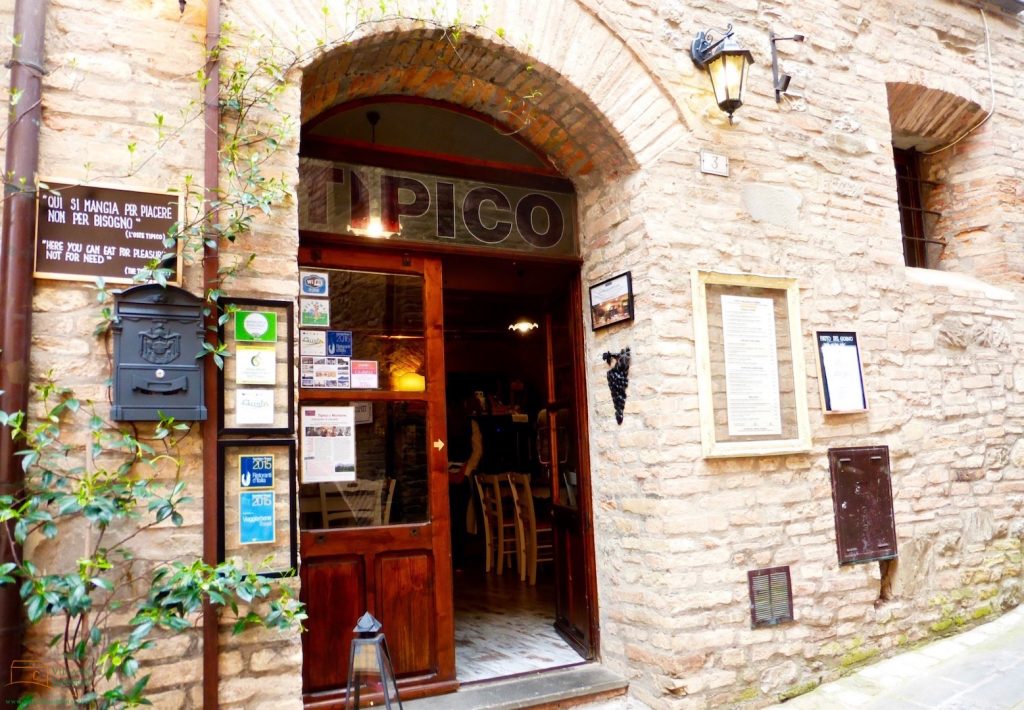 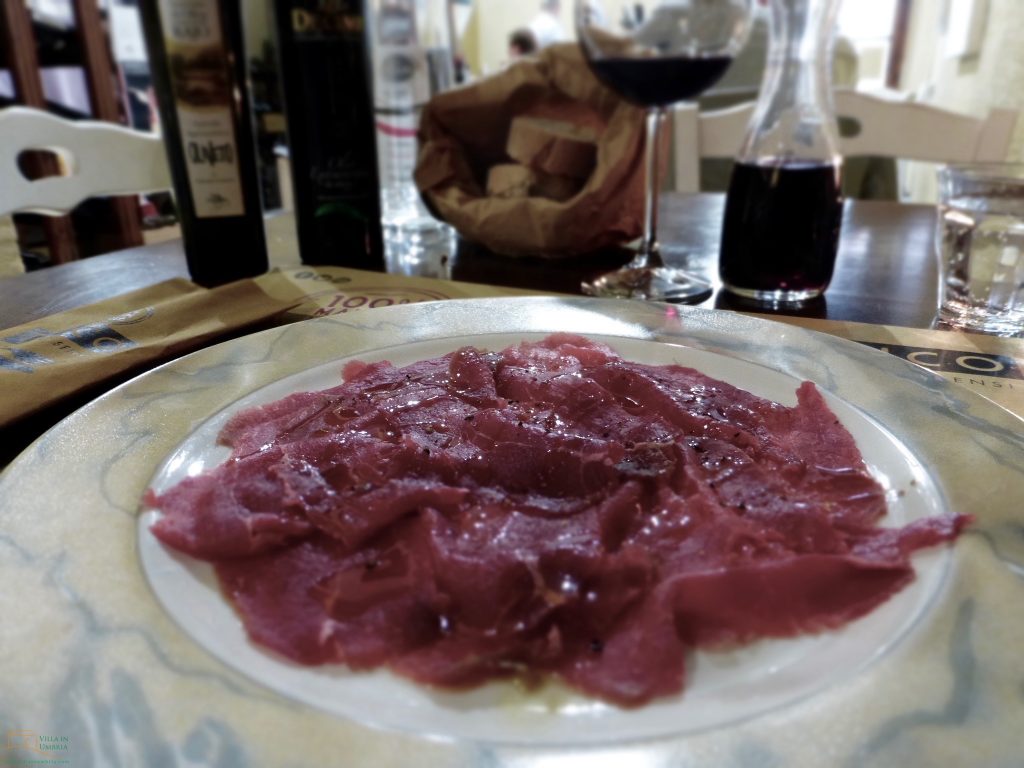 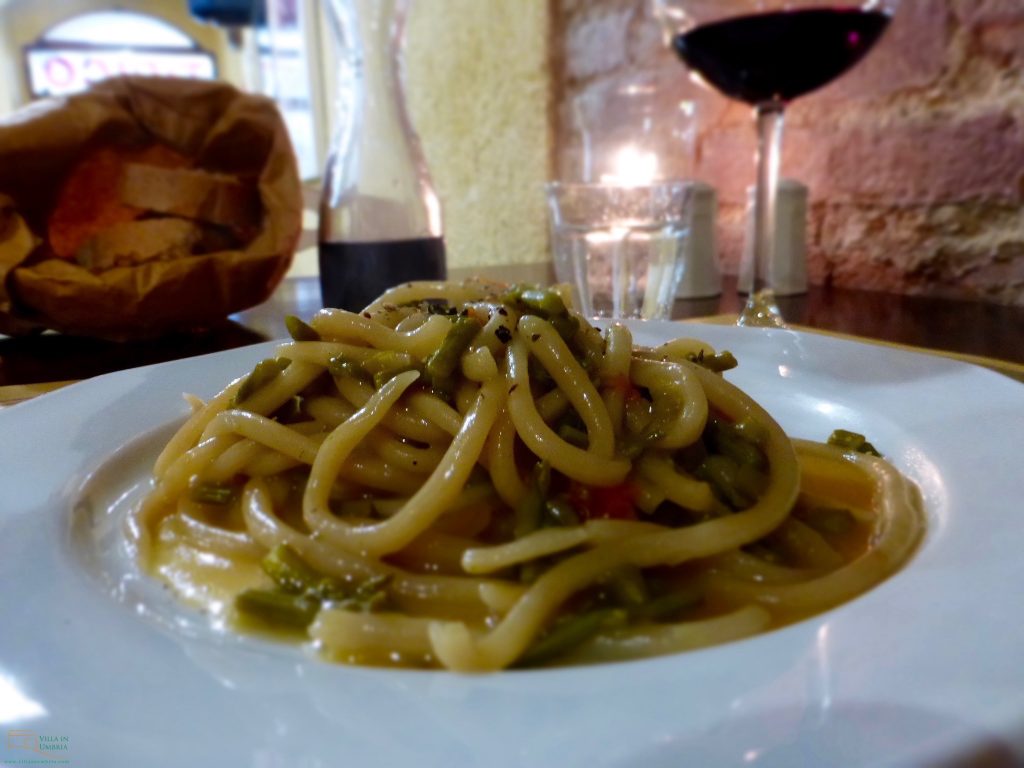 Book a table at the Osteria dei Sensi

Paolo is the owner and can be reached via mobile +393383608754 or via email: osteria@tipicomontone.it. He speaks English. Do let him know that you’re a guest from Villa in Umbria. 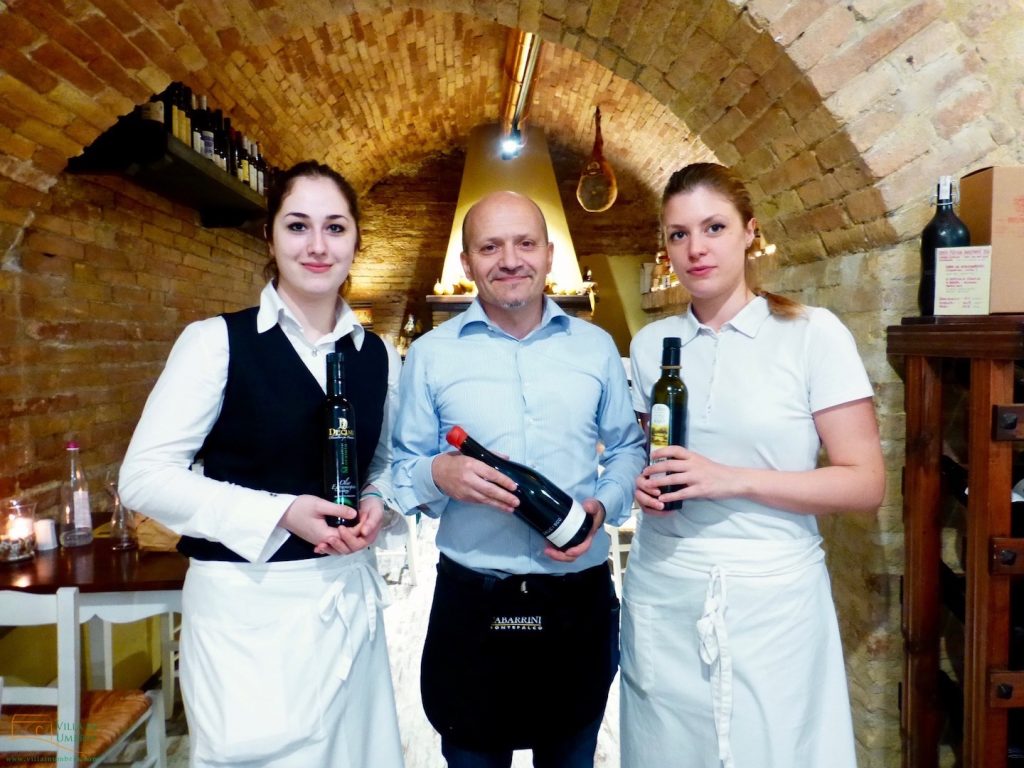 “We had a great week in Montone. The apartment is nice, wonderful garden and the owners (Filippo and parents) are friendly and helpful”. 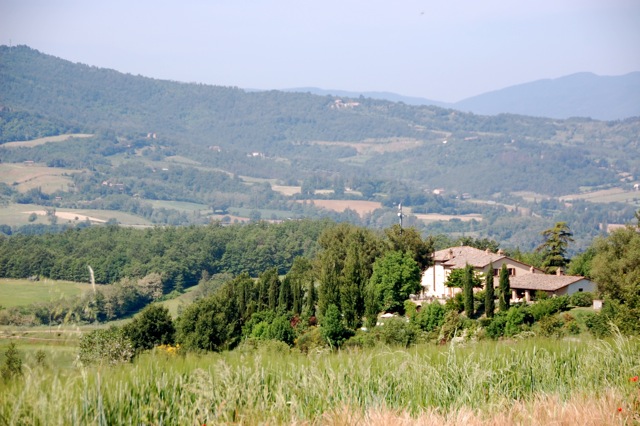 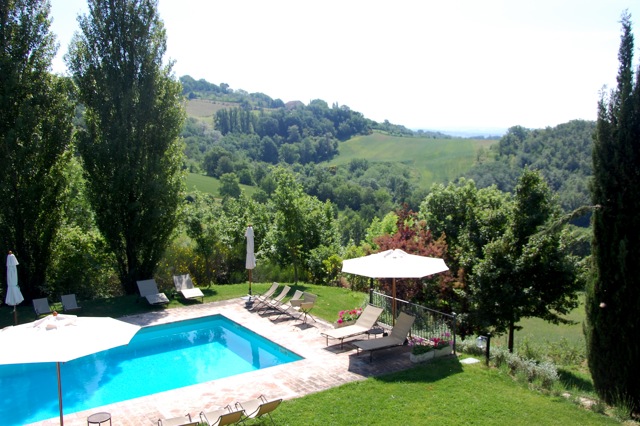