The medieval city of Assisi is an important religious destination for many people. It is built at the foothill of Monte Subasio. 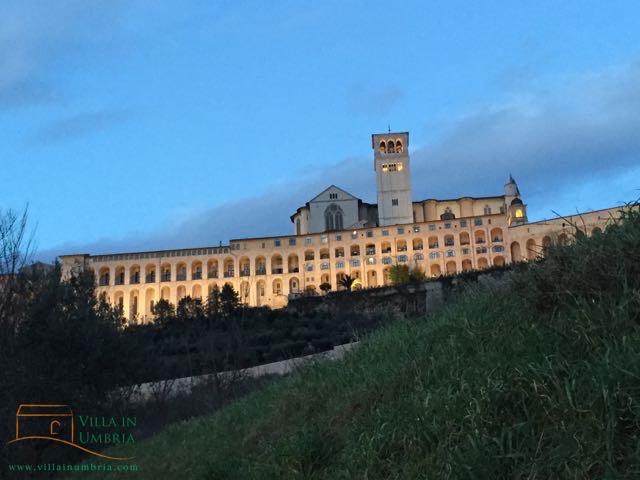 Cathedral of Saint Francis in Assisi 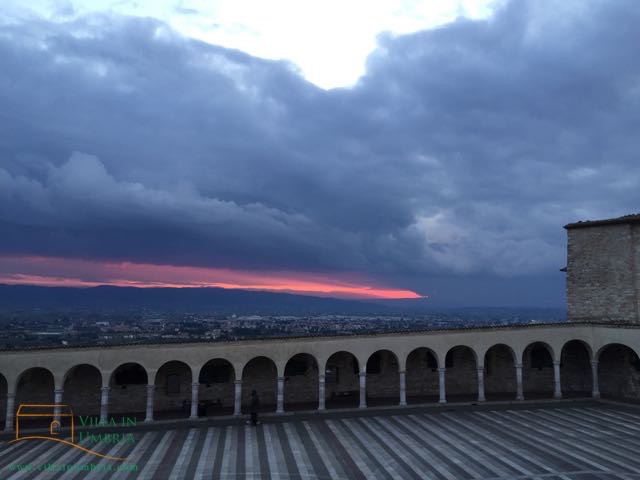 View from the Saint Francis Cathedral at dusk

Giovanni di Pietro di Bernadone became known as Francis of Assisi (1182 – 1226). In his youth he lived a luxury life. His father was a successful merchant of Assisi, but Francis was not satisfied with his life. At the age of 20 he joined the army. After a battle between Assisi and Perugia he spent a year in prison. He devoted a lot of time to seeking a closer relationship with God and discovering God’s purpose for his life.

He was convinced that God wanted him to help poor and sick people. “Do not get any gold, silver or copper to take with you. No bag for the journey, no extra shirt.” and he believed that those words confirmed the calling he sensed to live a simple lifestyle and eat simple food so he could best preach the Gospel to those in need.

Even animals were brothers and sisters of God, they were God’s creatures. Humans and animals are to be treated as equals. He spoke to the animals, and they responded.

Many other young men were inspired by Francis’ service to God. They also gave up their possessions and decided to join Francis. They slept in caves or in huts, they worked with their hands to earn food, they prayed and talked with people about God. This group became part of the Catholic Church called the Franciscan Order, which is still active serving the poor throughout the world today.

The last years of his life Saint Francis was very ill. His companion Clare took care for him. Clare also left her wealth behind and adopted a simple lifestyle to serve God and to heal people. Clare founded the sister order of the Franciscans.

Saint Francis died in 1226. He initiated the Franciscan Order and he was canonized in 1228. After the canonization of Saint Francis they decided to build a church in his honour. This construction was followed by the Basilica of Santa Chiara to honor Saint Clare. 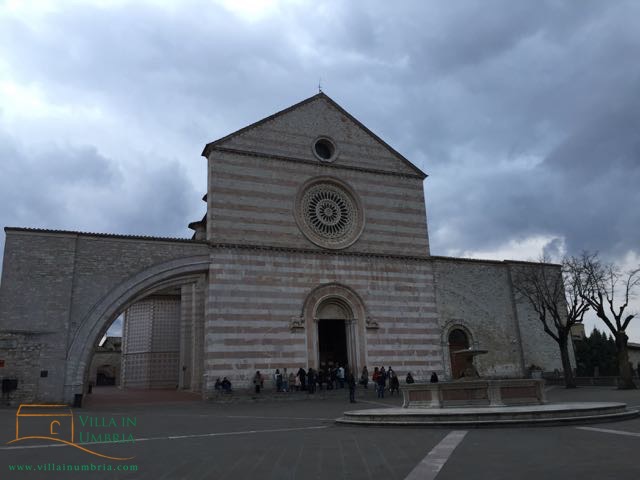 The Basilica St. Francis is made of two main levels, one upper and one lower and a crypt.  The walls and ceilings of the upper church are an example of Italian Gothic style, colorful and joyful. Giotto painted the legend of Saint Francis. The lower church was built first. It contains the crypt with the remains of Saint Francis, and is covered in frescoes by artists of the early Sienese school. 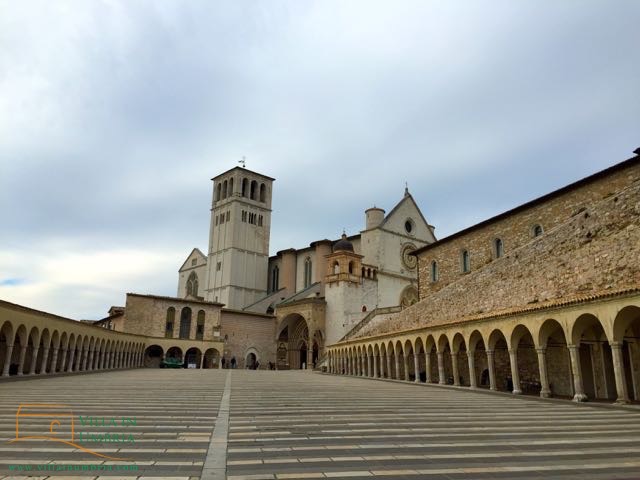 The entrance to the upper church – Saint Francis cathedral

It’s two years now that you can visit a new part of Assisi, the “Bosco di San Francesco”. A walk through the landscapes of Saint Francis. A beautiful and peaceful hike away from the crowds. There are three routes. The entrance is through the town wall above and east of the upper church. For information visit FAI. 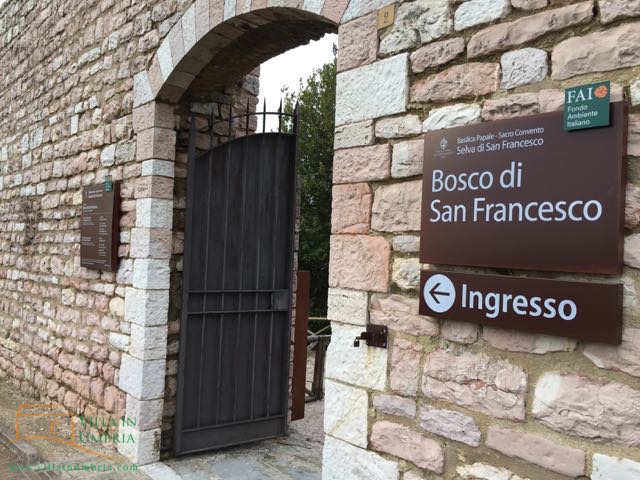 The entrance to the Bosco di San Francesco

5 responses to “Saint Francis of Assisi”